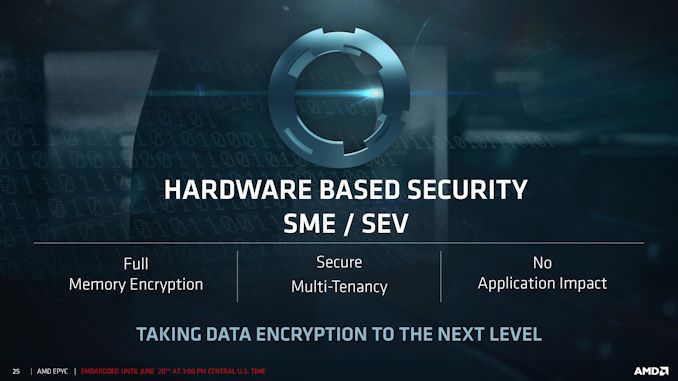 One of the key elements of building a processor is that designing a secure product involves reducing the ‘attack surface’ as much as possible: the fewer ways an attack can get in, the safer your product is. For the white knights of the security world, when a vulnerability is found, the process usually goes through a period of reasonable disclosure, i.e. the issue is presented to the company, and they are often given a certain time to fix the issue (to help customers) before the full disclosure is made public (in case it might be swept under the rug). Using this method, a researcher at Google found a vulnerability in the way AMD’s EPYC processors provide Secure Encrypted Virtualization (SEV) which would allow an attacker to recover a secure key that would provide access between previously isolated VMs on a system. AMD has since released an update to the firmware which patches this issue.