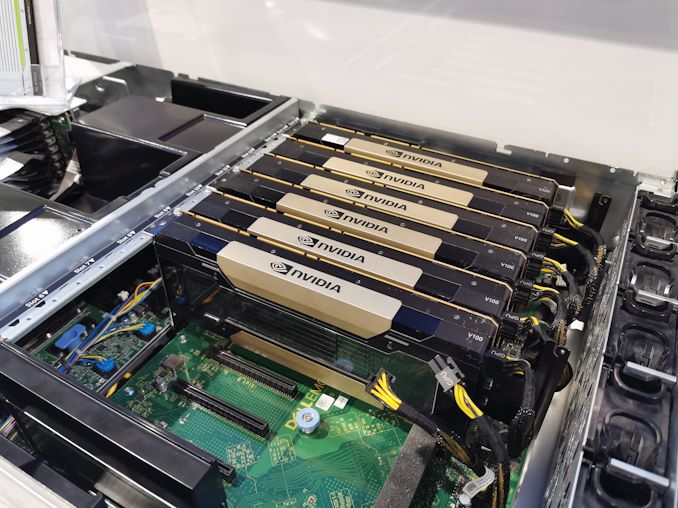 NVIDIA announced a number of things at Supercomputing, such as CUDA on Arm. Despite the show being the major hub event for high-performance computing/supercomputers, it isn’t often the location where NVIDIA launches a GPU. Nonetheless we saw a new model of NVIDIA’s high performance V100 at multiple booths at Supercomputing.