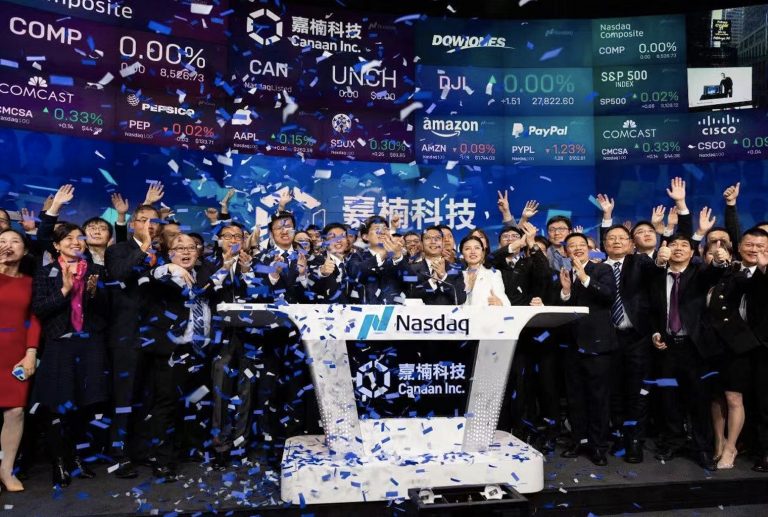 Canaan Gets Into Hot Water

In October 2018, the China-based mining rig company Canaan filed its IPO status with the SEC and the firm hoped to raise $400 million. However, Canaan only raised $90 million when it was listed on the Nasdaq Global Marketplace. In 2020 the mining giant’s IPO shares did not perform so well and the company also faced stiff competition from manufacturers like Bitmain, Microbt, and Innosilicon.

Now, according to a lawsuit filed by Scott+Scott Attorneys, Canaan is being sued by an investor who believes Canaan misled investors prior to the IPO sale. “Scott+Scott, a national securities and consumer rights litigation firm, is notifying investors that a class action lawsuit has been filed against Canaan, Inc. (NASDAQ: CAN), and certain other defendants, related to alleged violations of the Securities Act of 1933,” explains the law firm.

Reports note that the lawsuit against Canaan was invoked by the company’s investor Phillippe Lemieux who filed the class-action lawsuit on Wednesday. The filing stems from the District of Oregon and the legal team is looking for other Canaan investors to join the case. Not only does the lawsuit touch upon the grievances with Canaan, but the filing also mentions the IPO underwriters Citigroup Global Markets, China Renaissance Securities, Galaxy Digital, Huatai Financial Holdings, and CMB International Capital. Lemieux alleges that certain information was withheld concerning Canaan’s financial health and the lawsuit filing claims just before the IPO sale “numerous” distributors were removed from the Canaan website.

One specific violation Lemieux points out is when Canaan ostensibly partnered with Hangzhou Grandshores Weicheng Technology Co., Ltd. (Grandshores) for distribution purposes. Lemieux’s Grandshores evidence claims Canaan’s statements about this distribution alliance were “materially false and/or misleading because they misrepresented and/or failed to disclose the following adverse facts.”

In addition to the Grandshores statements, Lemieux’s attorney cites a Marcus Aurelius Value research report that finds a significant amount of misleading statements. “Our research has uncovered a variety of irregularities and undisclosed dealings that lead us to believe CAN has deceived investors about its business,” the extremely critical Marcus Aurelius report discloses.

The filing in the District of Oregon notes that Lemieux is demanding a trial by jury. His attorneys are hoping a trial will end up in favor of the plaintiff and the other class members and seeks to be awarded damages. The litigation firm working for Lemieux says the claim is brought to the courts within one year after the discovery of “untrue statements and/or omissions in the [IPO] that should have been made and/or corrected through the exercise of reasonable diligence.” The lawsuit against Canaan is “therefore timely,” Scott+Scott’s court filing concludes. At the time of publication, NASDAQ: CAN is only $4.26 a share and is down 11.7% today. When news.Bitcoin.com first reported on Canaan’s shares on January 10, 2020, the stock was swapping for $6.49. This means shares are down 34.36% since our report and down 52.61% since the Canaan IPO first launched at $8.99 per share.

What do you think about the Chinese mining rig manufacturer Canaan being sued by an investor who claims Canaan misled investors before the IPO? Let us know what you think about this topic in the comments section below.

Disclaimer: This article is for informational purposes only. It is not an offer or solicitation of an offer to buy or sell, or a recommendation, endorsement, or sponsorship of any products, or companies. Neither the company nor the author is responsible, directly or indirectly, for any damage or loss caused or alleged to be caused by or in connection with the use of or reliance on any ideas, software, mining rigs, mining rig manufacturers, websites, concepts, content, goods or services mentioned in this article. Price reports, market updates, and articles regarding stock prices are intended for informational purposes only and should not be considered as trading advice. Neither Bitcoin.com nor the author is responsible for any losses or gains, as the ultimate decision to conduct a trade is made by the reader. Canaan share (NASDAQ: CAN) prices referenced in this article were recorded on Friday, March 6, 2020, at 3:30 p.m. ET.

Did you know you can earn BTC and BCH through Bitcoin Mining? If you already own hardware, connect it to our powerful Bitcoin mining pool. If not, you can easily get started through one of our flexible Bitcoin cloud mining contracts.