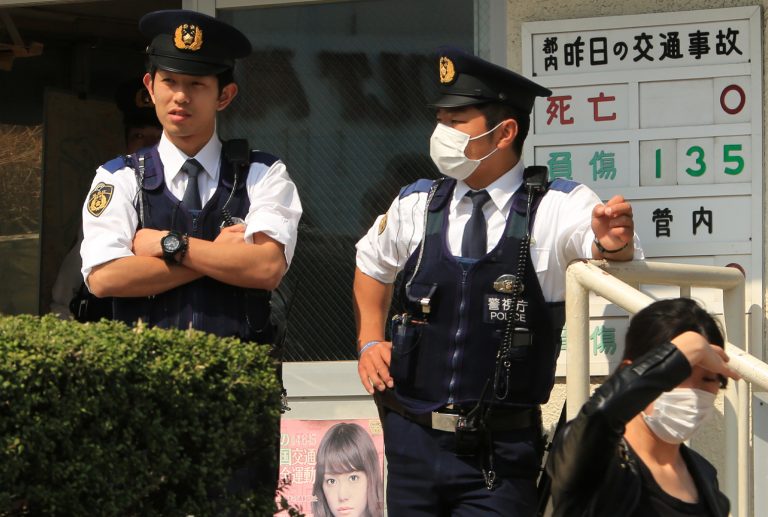 Tokyo police arrested two individuals on Wednesday for acquiring stolen NEM from the 2018 Coincheck hack. On Jan. 26, 2018, the Japanese trading platform Coincheck noticed an “illicit transfer” of 523,000,000 NEM and it was the largest cryptocurrency exchange hack since Mt Gox. According to Tokyo investigators, the two men who obtained the purloined stash of NEM knew they collected coins derived from a crime.

Tokyo officials have arrested two men for buying stolen NEM (XEM) from the Coincheck hack two years ago. During the last week of January 2018, the Japan-based trading platform was hacked losing more than 523 million NEM (XEM). The exchange compromise ($530 million using 2018 exchange rates) was the largest crypto trading platform failure to date since the Mt Gox breach in 2013. Following the Coincheck hack, the firm notified 260,000 affected users it would repay them at a rate of 88.549 JPY per XEM. Additionally, not too long after the Coincheck attack, armchair crypto sleuths and blockchain analysis teams noticed the stolen XEM on the move.

By the first week of March 2018, it was noted that more than 40% of the stolen Coincheck funds were laundered. By the end of the same month, a Nikkei report detailed that nearly all of the XEM taken were laundered through deep web channels. At the time, the XEM vendors on the invisible web sold the currency at a mere fraction of what XEM was selling for on spot markets. Tokyo-based security firm L Plus confirmed that the sellers on the deep web sold all of the coins and the vendor’s XEM wallet was emptied.

On Wednesday, March 11, Tokyo police revealed that two men have been arrested for purchasing stolen XEM. A doctor and a company executive, both in their mid-30s, were taken into custody after it was found they had traded a variety of cryptos including BTC to acquire the stolen coins. Allegedly, the two men obtained the XEM throughout the months of February and March 2018. Further, Tokyo police accuse the men of knowingly accepting cryptocurrency that was involved in a crime.

The individuals are suspected of accepting crime proceeds and violating a law against participating in organized crime. Although another report claims the two Japanese residents, Takayoshi Doi and Masaki Kitamoto, may have admitted to being directly connected with the 523 million XEM heist. Kitamoto ostensibly admitted guilt, raking in $19 million from the incident. According to prosecutors, over 100 investigators were involved with the Coincheck hack.

The case follows the recent topical discussions revolving in the crypto community about the relevance of ‘tainted’ bitcoins and ‘virgin’ bitcoins. Following the Coincheck hack, the NEM Foundation promised it would be able to track the coins via the mosaic tracker protocol. But the stolen funds were sent to the deep web immediately and reports detailed that the hackers selling the coins built a largely automated system that sold XEM for 15-20% lower than spot prices. The stolen NEM vendors even created a ticket system for people who had issues with their transfers and they only accepted BTC and LTC. Because the hackers sold the coins in this fashion and exchanged them for BTC, and LTC, the NEM Foundation’s mosaic tracker protocol was deemed a failure.

On March 21, 2018, the foundation disabled the tracker and stopped tagging the stolen XEM. The two men arrested on Wednesday in Tokyo are the first two individuals taken into custody for their connection with the Coincheck compromise. As of now, reports of the story in Japan are somewhat conflicting and the two individuals could very well be, the hack’s primary suspects.