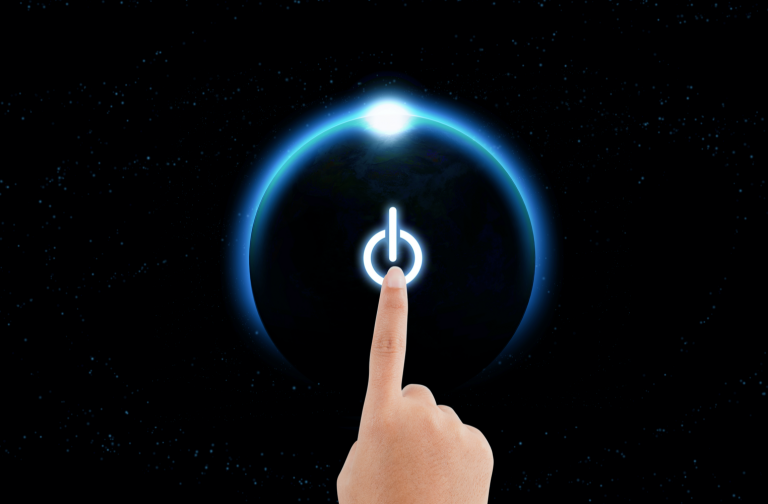 Disney World Economics: How Coronavirus Could Be Used to Justify a Global Financial Reset

‘What in the world is going on’ has now become a question of real pertinence, instead of just a cliché for common bewilderment. As COVID-19 panic grips the world, ripple effects are crashing markets and effectively canceling economies across the globe, scrawling the writing on the wall for something big. Even the beloved Walt Disney World has announced it will close its doors for the time being. It stands to examine then, whether there is substance to the idea that the ‘world grinding to a halt’ could be used to implement a new financial paradigm. One that is digital, surveillance-based, and most importantly, covers the economic sins of unsustainable times past.

Corona: The Favored Virus of ‘the Crown’?

Recent news of Disney shutting down brings attention to another ‘magic kingdom’ — the whimsical endless credit monarchy of Keynesian recklessness. It too appears to be reaching a terminal impasse. There is speculation the COVID-19 pandemic could be the perfect opportunity for the world’s financial planners to cover their past sins of mega bubbles, unsustainable inflation and debt creation, wiping the slate clean — this time with a decided focus on digital surveillance, control, and unmitigated printing powers, using the disease outbreak as a convenient scapegoat. But is there any substance to such conspiracy talk? 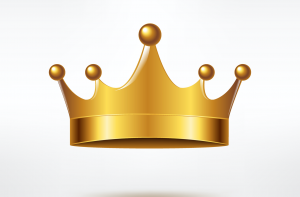 In the interest of avoiding tinfoil hat, baseless assertions when looking to the future here, it’s best to understand what has already been established on the world economic scene prior to the outbreak of COVID-19. A few major facts to bear in mind:

The global economy was running out of options for dealing with recession, as major economies headed closer and closer to, or further beyond, the zero bound, engaged in massive stimulus, and continued to create artificial credit bubbles.

Central Bank Digital Currencies (CBDCs) were actively being developed and researched, and China’s version — the digital Yuan — is already complete and in testing phases. Financial policymakers around the globe have been noting the utility these could have for forcing monetary policy on individuals, where physical cash enables them to evade such things as negative interest rates in banks.

Fewer and fewer people were expressing confidence in state authorities and their respective central banks. Political unrest — much of which was concerned with economic policy — was manifested in unprecedented fashion via demonstrations worldwide. Decentralized cryptocurrencies like bitcoin were increasingly viewed favorably by a significant segment in the context of centralized corruption, worldwide bailouts, and distrust of leaders, even on mainstream media outlets.

With the above in mind, it is interesting that the outbreak of this novel coronavirus has resulted in a worldwide panic drowning out these factors, prompting even the doubtful to once again encourage their peers to trust the state for leadership. This is not to assert that the virus isn’t a threat, or that regulators “planned” its release. It is simply to note that politicians and financial planners have historically leveraged such situations to implement new — and often highly intrusive and unethical — policy, and openly admit to doing so. At times, even desiring disaster. With this knowledge at the forefront, it becomes understandable some are connecting the dots.

Leveraging Catastrophe: Nothing New Under the Sun

At the outset of the last major financial downturn in 2008, then Chief of Staff for President Elect Barack Obama, Rahm Emanuel, stated at the Wall Street Journal CEO Council in Washington, D.C.:

You never want a serious crisis to go to waste. And what I mean by that, it’s an opportunity to do things that you think you could not do before.

Emanuel went on to note that in virtually every area of governance, major crisis provides opportunity. Opportunity for regulators to make bold moves in implementing otherwise controversial policy. “This is an opportunity, what used to be long-term problems, be they in the health area, energy area, education area, fiscal area, tax area, regulatory reform area — things that we had postponed too long that were long-term are now immediate and must be dealt with.

This crisis provides the opportunity for us … to do things that you could not do before.

Much like the panicked speculations of today, Emanuel’s prescription was not merely for one area of reform, but a system-wide overhaul. And much like today, the choice as to what policies are implemented does not involve the common individual. The “opportunity for us” to do things is just that. The “us” does not include you. Central bankers and financial planners concur, and have been wanting to take various economic measures for decades. Now could be their newest and biggest chance to date. 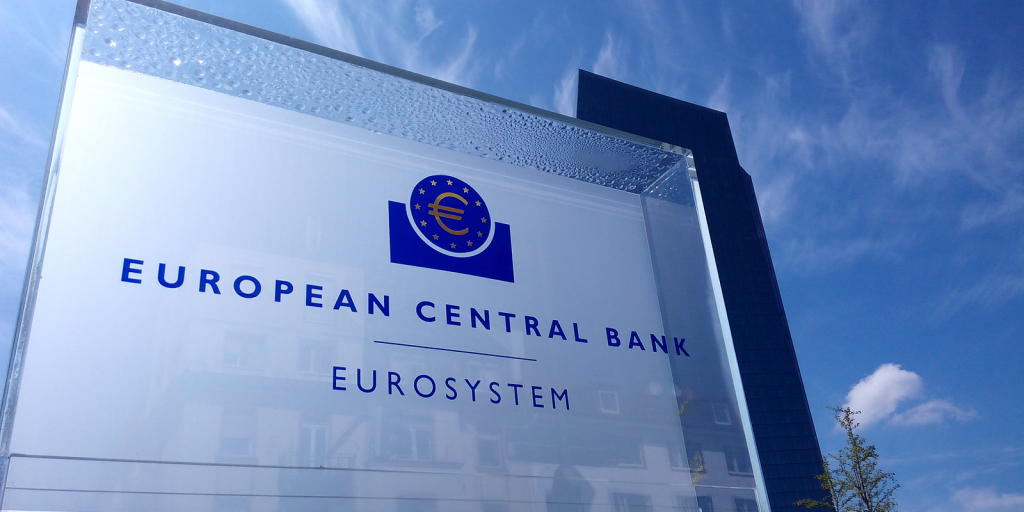 A paper published by the European Central Bank in January notes the potential benefits, perceived by some, of government-approved CBDCs:

By allowing to overcome the zero-lower bound (‘ZLB’) and therefore freeing negative interest rate policies (‘NIRP’) of its current constraints, a world with only digital central bank money would allow for – according to this view – strong monetary stimulus in a sharp recession and/or financial crisis.

“This could not only avoid recession, unemployment, and/or deflation but also the need to take recourse to non-standard monetary policy measures which have more negative side effects than NIRP.”

The publication also details there is an existing argument for CBDCs to make drops of “helicopter money” to the populace much easier. Further, “A number of authors have argued that CBDC widens the range of options for monetary policy, essentially since variable interest rates on CBDC would provide for a new, non-redundant monetary policy instrument that would allow improving the overall effectiveness of monetary policy.” In other words, no more hiding from negative interest rates by taking your money out of banks. When the cash is digital, and centrally controlled, interest rates can be applied directly to the supply.

Some examples of recent quotes, prior to the COVID-19 crisis, from policy makers and economists may present the picture more clearly:

At the current stage, the central bank’s major goal of issuing digital currency is to replace the physical cash.

If everyone is holding cash, negative interest rates become useless.

Let’s tax cash holdings, simple as that: we’re back to monetary policy as usual; people are disincentivised to be holding large lumps of physical cash; they are having to think harder about putting money to work.

My personal conviction is that given the developments we are seeing, not so much in the bitcoin segment, but in the stablecoins projects … we had better be ahead of the curve if that happens. Because there is clearly a demand out there that we have to respond to.

Since the 2008 crisis, we did not solve a single problem. We lowered the interest rates to a record low level and we flooded the world with cheap money. The central banks created one financial bubble after the other and now we have the biggest bubble in history.

Trillions of dollars spent to solve the problem just created a new mess, a bigger bubble and when this one bursts, 2008 will look like a kindergarten. This one will be epic.

… central banks will issue CBDCs and they will control us all, seize our freedom and wealth. They need negative interest rates and they can only achieve that when the fiat money moves into the digital world and they abolish paper money.

Even so-called conservative U.S. President Donald Trump has been clamoring for negative rates as the Federal Reserve injects new money and credit into the American economy recklessly. Trump said in January: “Meaning they [people in negative rate countries] get paid to borrow money, something that I could get used to very quickly. Love that. Gotta pay back your loan? No. How much am I getting?” This is the level of fiscal insanity that now qualifies as leadership. 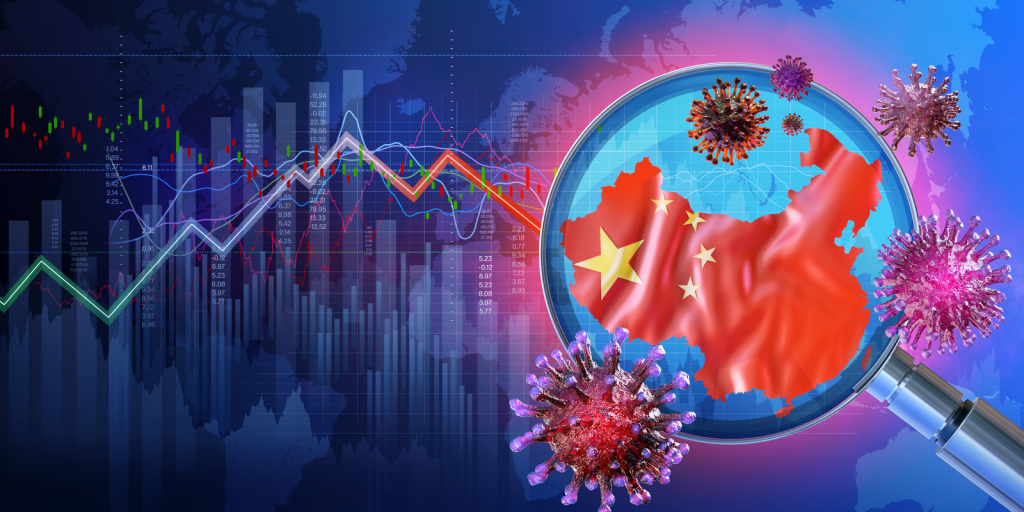 The Bubble Is Bursting Right Now, Worldwide — Why Isn’t Bitcoin Being Adopted?

There is a lot to take in. A deluge, really. The world populace is overwhelmed with understandable fear and panic, and a tsunami of conflicting information from governments and media. The virus is the new plague, but tests are not being made available in many places. Trust the official stats and follow political leaders, but these stats are incomplete without tests, and some political leaders, like Donald Trump in the U.S., don’t even get tested. China’s censored medical media is of course not to be trusted, either.

Flights, public schools and large gatherings are banned, cancelled or closed. No NBA, no SXSW, no Disney, overwhelmed hospitals. Global markets are in sharp and rapid decline, plunging past historic lows, with the ripple effect from so many major industries grinding to a halt sure to be felt much more painfully in months to come. Italy is suspending mortgage payments. Ireland offering pay for those out of work sick. To compound the disaster, martial law — as being experienced in China — appears to be on the horizon, even for Western countries.

Crypto is also suffering, not looking currently to be the store of value its proponents had claimed. This is not to say bitcoin isn’t a more sound money than government fiat, though. There is a reason policymakers are not promoting bitcoin and crypto as sound means to salvage the world economy now. That would make them pay, and they’d have to feel the very real pain from the death of the monstrous bubble they’ve created, via endless printing and debt creation for centuries. As the International Monetary Fund blog maintained in February:

Severe recessions have historically required 3–6 percentage points cut in policy rates. If another crisis happens, few countries would have that kind of room for monetary policy to respond.

In short, the only way to beat this thing is to erase the debt record. Down the memory hole. But they still depend on you and I to support them, as these “leaders” are generally not producers, but parasitic in nature. Bitcoin makes this difficult for them. When you own the private keys to some bitcoin, you don’t have to pay anybody. This is why the stuff has been smeared as criminal over and over again, and CBDCs will likely be ushered in. For the rulers of the world, when the game isn’t going their way, they don’t try to improve — they just push reset.

Do you think the pandemic signals a global financial reset? Why or why not? Let us know in the comments section below.

The post Disney World Economics: How Coronavirus Could Be Used to Justify a Global Financial Reset appeared first on Bitcoin News.