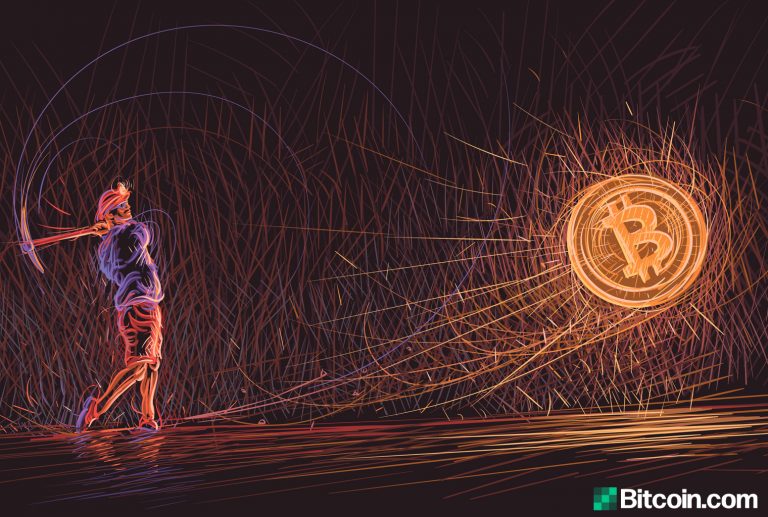 Four days ago, digital currency markets lost billions and prices sank to levels not seen since last March. The market bloodbath has affected bitcoin miners as they are making fewer profits than they were a week prior. By Monday, March 16, BTC’s hashrate slid below the 100 exahash (EH/s) territory and the BCH hashrate fell below 4 EH/s. Moreover, BCH has 22 days left until the block reward gets cut in half and there are 56 days until the BTC halving.

Cryptocurrency markets have lost a bunch of money during the last two weeks as more than $90 billion was erased from the market cap since the first week of March. At press time, BTC is hovering just below the $5K zone, while BCH is trading for $163 per coin. These prices have put intense pressure on miners hashing away at these two networks, and currently both networks have lost a good chunk of hashrate.

For instance, according to Coin.dance, the Bitcoin Cash network’s hashrate came awfully close to touching 5 EH/s during the third week of February, but on March 16 it’s between 3.5 to 3.8 EH/s. Similarly, up until March 11, BTC’s hashrate was around 120 EH/s but after the market rout on Thursday and the drop on Sunday, BTC’s hashrate is only around 97 EH/s. Both digital assets’ weekly price percentages are down between 33% (BCH) and 34% (BTC). The current prices might be too low for certain mining operations, which caused a small exodus of miners to leave the network.

The mining operation F2Pool commented on a recent article that noted BTC’s hashrate “barely flinched” when prices dropped to $3,600 on March 12. “However, we saw over the weekend the estimated difficulty change is trending downward,” F2Pool tweeted. “This means some miners are now switching off their machines. As always in mining, it’s the survival of the fittest: New Machines. Cheap Electricity. Low Rent.” F2Pool further stated:

The network hashrate has dropped from a peak of ~124 EH/s to ~102 EH/s, while the bitcoin price has dropped from $9,000 to $4,800. There is always a time lag for hashrate to decrease due to hosting contracts, and the time required for operators to turn off a large number of machines.

While Hashrate and Prices Dip, the Countdown to the Reward Halving Continues

BTC prices on March 16 are making it difficult for bitcoin miners to garner a profit depending on what they pay for electricity rates. For instance, miners paying $0.07 per kilowatt-hour (kWh) with today’s top machines that have 40-100 terahash per second (TH/s) are still profiting. 86 TH/s can make around $1.54 per day while 44 TH/s can make around $0.27 per day.

However, if one was to up the electric cost to $0.12 per kWh, then a machine with over 100TH/s could still lose $0.17 per day at today’s exchange rates. Further, both networks are facing block subsidy halvings, as each protocol halves every 210,000 blocks. BTC and BCH miners’ coinbase rewards will decrease from 12.5 to 6.25 coins in less than two months. The BTC halving is set to happen on or around May 12, or 56 days from now. BCH will halve earlier than that on or around April 8, or in 22 days.

Bitcoiners are still positive about the halving and a number of BTC supporters believe it will make the price rise. “Bitcoin usually recovers very quickly,” one individual tweeted on Monday. “It could be $1,000-2,000 next week and still easily be $6,000 by halving.” Other speculators are more negative and understand that if BTC prices don’t rise there could be severe consequences.

“Bitcoin simply can’t be worth what it is now or lower and survive the halving,” @Cryptomessiah noted. “$1000 bitcoin? Might as well bet on $0 bitcoin.” Another person tweeted:

The worst part about bitcoin right now is that crypto folks have already been through a nasty bear market from late 2017 and when we were just about to pull out of it we entered another as the traditional markets bleed out — The halving is my only hope right now.

While both BCH and BTC hashrates saw a decline, users can visualize miners capitulating by monitoring individual pools as well. For instance, Btc.com’s hashrate dipped by 10% and Poolin’s hash slipped by 15%. F2pool suffered a hashrate loss of 12% and Huobi’s mining pool saw the pool’s hash decline by 22% during the market downturn.

The overall SHA256 hashrate drop on Monday shows that miners need better prices in order to profit, but they will need even more value after the reward halving. For example, during the first week of February 2020, the research and analysis firm Tradeblock published a report that estimates the post-halving mining cost. The researchers noted that post-halving estimates need to be around $12,500 per BTC or more.

What do you think about the recent hashrate drop and the upcoming halvings? Do you think that the cryptoconomy needs to increase in value by the time the halvings approach? Let us know what you think about this subject in the comments section below.

Disclaimer: This article is for informational purposes only. It is not an offer or solicitation of an offer to buy or sell, or a recommendation, endorsement, or sponsorship of any products, services, or companies. Bitcoin.com does not provide investment, tax, legal, or accounting advice. Neither the company nor the author is responsible, directly or indirectly, for any damage or loss caused or alleged to be caused by or in connection with the use of or reliance on any content, goods or services mentioned in this article. Price articles and market updates are intended for informational purposes only and should not be considered as trading advice. Neither Bitcoin.com nor the author is responsible for any losses or gains, as the ultimate decision to conduct a trade is made by the reader. Cryptocurrency prices referenced in this article were recorded on Monday, March 16, 2020.