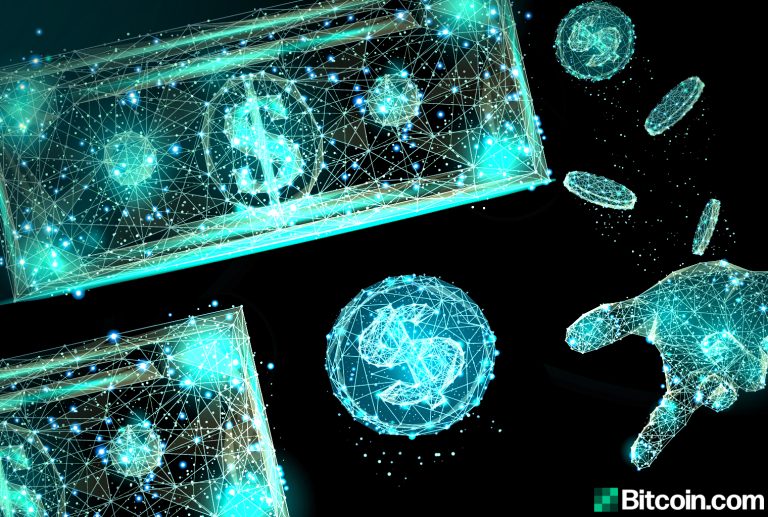 Stablecoins have seen massive volume and growth this month especially after the market carnage on March 12. Per usual, tether has been the king of stablecoins following the market downturn, but the 4.6 billion USDT wasn’t enough for all the liquidity needed to shield the storm. Other tokens pegged to the U.S. dollar like USDC, TUSD, and PAX have reaped the benefits as well and a few of them have joined the top trading pairs with BTC.

It’s a well known fact that lots of traders like stablecoins and they become useful hedges for people when crypto market prices suddenly dive. Despite a number of people not liking them and the controversies surrounding stablecoins, they have continued to grow very popular during the last few years. Tether (USDT) is the most used stablecoin and the token’s market capitalization is the largest to-date. In fact, USDT is usually the top trading pair with BTC and during the last week, the token captured between 60-75% of BTC trades.

At the time of writing, USDT has a market valuation of around $4.63 billion. Coinmarketcap.com (CMC) data shows reported traded volume for tether is $40.6 billion but messari.io’s “real volume” statistics claim its only $1 billion. Either way, statistical aggregation sites like CMC, markets.Bitcoin.com (6.4B), and messari.io both show that USDT has the most trade volume on March 15 out of 5,000+ coins.

Even though tethers have and still are capturing 60-75% of BTC trades during the last few days, other stablecoins have seen growth from the crypto price downturn as well. Cryptocompare.com stats show that stablecoins like USDC and PAX have been top five trading pairs with BTC. USDC is capturing 4.1% of BTC trades and PAX has around 3% according to cryptocompare.com data.

Usually, these stablecoins are not even close to making it into the top pair trading positions with BTC. On March 14, Circle cofounder Jeremy Allaire explained how USDC saw growth over the last couple of days. “USDC surging in market demand over the past days, reaching new ATH at $568M in circulation,” Allaire tweeted. “Fascinating to see ‘flight to safety’ within the crypto macro market, but also demand for high-quality USD liquidity for markets.” Allaire continued:

While not as exciting to see markets so crushed, it’s still rewarding to see that this entirely new, entirely digital, blockchain-based monetary infrastructure is working.

While Allaire discussed the situation after the wrath on March 12, Paxos Global’s official Twitter account also tweeted about the various stablecoins they offer custody for and noted that the combined projects had a market capitalization of “more than $395 million as of March 12, 2020.” The stablecoin TUSD has also seen an uptick in volume and the approximate total value of TUSD’s market cap at press time is $132 million.

Paxos is a Trust company, meaning we are a qualified custodian for USD-backed #stablecoins. We power $PAX @PaxosStandard, $HUSD @Stablecoin_HUSD and $BUSD @binance Dollar, with a total market cap of more than $395 million as of March 12, 2020. https://t.co/ZWpJ2LUNkw

News.Bitcoin.com recently reported on the incident that took place with the Makerdao defi project after ETH prices dropped more than 40% on Thursday. At that time $4-4.5 million worth of Makerdao’s stablecoin DAI were undercollateralized. However, since then single collateral DAI tokens have been doing much better and on March 15 they are priced at $1.06 per token.

Even though most of the stablecoins are supposed to remain valued at one U.S. dollar after March 12, liquidity demand made prices fluctuate for all of the stablecoins in existence. At times prices have been a touch higher and sometimes stablecoin prices have been a hair lower than the USD peg. Crypto traders have found ways to leverage the current stablecoin arbitrage, which allows them to sell the tokens for higher profits using different markets. Traders have been using stablecoins for arbitrage for years and there are various blog posts and guides on the subject.

It’s likely that traders will continue to use stablecoins and ‘tether off’ in order to hedge the current storm. On Sunday, March 15, cryptocurrency markets have been lackluster and there haven’t been any huge moves. If coins like BCH, ETH, BTC, and many others see improved prices and gains soon then it’s likely traders will gradually exit their stablecoin hedge. However, if markets fall lower in the near future the ‘flight to safety’ within the cryptoconomy might be put to the test with significant stress. If crypto prices drop further liquidity issues could make dollarized tokens worth a lot more than the 5-10 cents higher we’re seeing today.

Disclaimer: This article is for informational purposes only. It is not an offer or solicitation of an offer to buy or sell, or a recommendation, endorsement, or sponsorship of any products, services, or companies. Bitcoin.com does not provide investment, tax, legal, or accounting advice. Neither the company nor the author is responsible, directly or indirectly, for any damage or loss caused or alleged to be caused by or in connection with the use of or reliance on any content, goods or services mentioned in this article. Price articles and market updates are intended for informational purposes only and should not be considered as trading advice. Neither Bitcoin.com nor the author is responsible for any losses or gains, as the ultimate decision to conduct a trade is made by the reader. Cryptocurrency prices referenced in this article were recorded on Sunday, March 15, 2020.