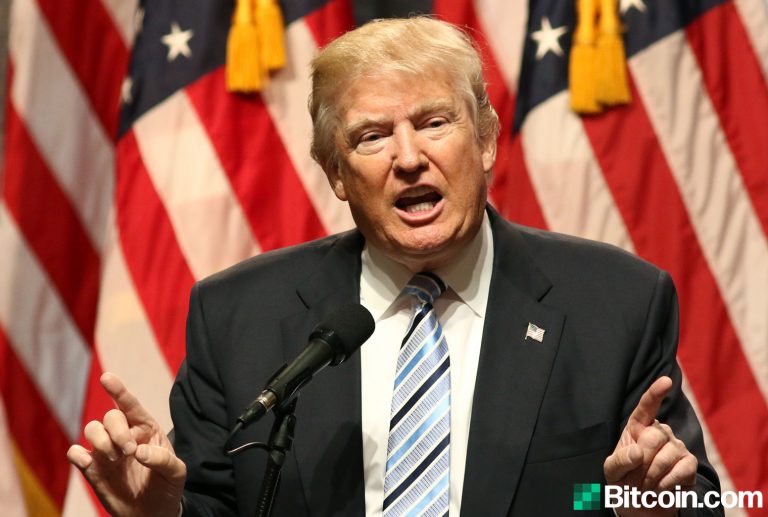 In the wake of the coronavirus outbreak and a looming recession, U.S. President Donald Trump and his administration are contemplating halting stock markets next week. The White House is currently considering grounding all passenger planes and ordering a nationwide shelter. However, bureaucrats from the White House believe that the grounding of U.S. passenger planes and the execution of a federal lockdown order will wreak havoc on Wall Street. In order to curb panic, bipartisan U.S. representatives are considering plans to temporarily stop stock trading.

Reports on Saturday, March 21, note that U.S. President Donald Trump is contemplating drastic measures in order to combat the covid-19 outbreak. According to various publications, including the Washington Examiner, Trump and his team are thinking about announcing a nationwide shelter-in-place order in the near future, if the virus grows more persistent. Basically, a shelter-in-place order means residents will be asked to stay home and not leave their residence to travel unless it’s an emergency.

In order to make the executive order stick, Trump is also considering grounding all U.S. passenger planes. No one will be allowed to take a plane to another state and sources familiar with the matter say the measure being considered is for an unspecified time frame. Moreover, the U.S. President and bipartisan members of Congress have already enacted several executive orders like forcing corporations to produce certain goods. Trump and his team understand that grounding U.S. passenger planes might send shock waves through financial markets and they are prepared to tackle this issue.

From FDR to George W. Bush – Presidents in the Past Have Shut Down Stock Trading

Key officials and unnamed sources told the Washington Examiner that the Trump administration is seriously considering to shut down the stock market at the same time it grounds the U.S. passenger fleet and Trump orders a nationwide shelter-in-place, the report notes. Places like California have already enacted shelter-in-place orders throughout the entire state. It’s not the first time an American President has shut Wall Street down either, as Wall Street was closed for a whole week right after the 9/11 attacks.

In 1933, Franklin D. Roosevelt (FDR) also stopped Wall Street with the Emergency Banking Act, which shut down the banking system, Wall Street trading, and the Federal Reserve’s operations. FDR initiated the Glass-Steagall Act too and broadened the powers of the acting president more than any of his predecessors. Furthermore, FDR banned gold hoarding and ordinary people’s stashes of gold were stolen and repatriated. All the legislation FDR created under the ‘New Deal,’ made it so government examiners could investigate bank reserves and as soon as a bank was deemed “financially secure” it could reopen.

One thing that President Trump cannot do, however, is stop the censorship-resistant cryptocurrency networks fueled by millions of peers. Unlike Wall Street trades, no one can stop people from transacting on the BTC network, which has been operational for 99.9849602734% of the time since its inception on Jan. 3, 2009. Trump can’t create a ‘Bitcoin Holiday’ and make it so people will stop trading bitcoins and other digital assets. Moreover, there are 5,000+ cryptocurrency protocols in the wild today that will simply continue operating no matter how hard the president or any bureaucrats try to stop them. For instance, right now people can start using bitcoin cash (BCH) in a permissionless manner that’s free from bank charges, delays, and fraud.

After FDR stole gold from hard-working American citizens and froze America’s financial markets in its tracks, people had often said it would never happen again. Individuals thought that after FDR gave the American people a solution to the financial woes, they would be well protected from future financial catastrophes. The 9/11 attacks had proved them wrong, as they learned that Wall Street could be closed again in the face of an emergency. Once again and especially in 2020, people are swiftly learning that the American government will do whatever it wants when there’s a crisis.

The state of American affairs today and what’s happened so far indicate that it’s not out of the question that Trump and his administration will ground passenger planes and halt stock trading. What is out of the question is the fact that no politician, government, corporate entity, or group can stop the cryptoconomy and bring it to a halt. While Wall Street traders twiddle their thumbs and wait for the markets to reopen, crypto advocates will know they can trade and swap value without any third-party interference.

What do you think about President Trump contemplating grounding passenger planes and temporarily closing Wall Street? Let us know what you think about this subject in the comments section below.