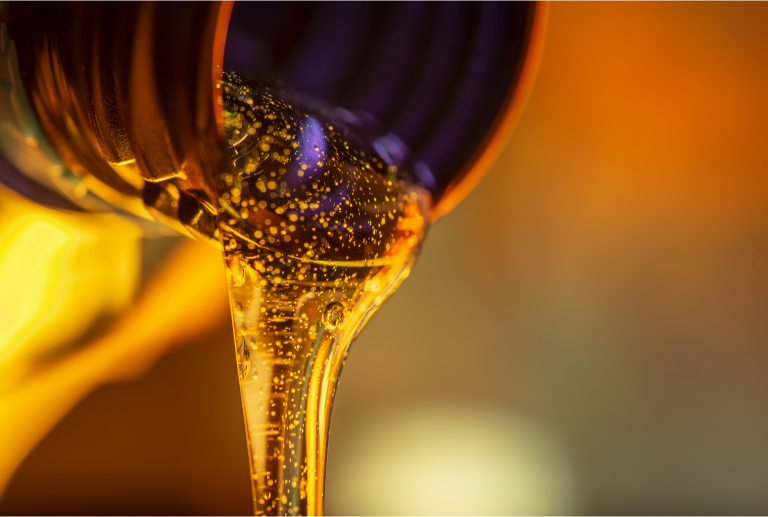 Liquid Gold vs Digital Gold: Why Bitcoin Beats Oil in the Current Climate

Extreme volatility. Sudden loss of value. A purported store of value. An economic hedge. An alternative to gold. On the face of it, bitcoin and oil have a lot in common. Both markets have been buffeted by the covid-19 economic downturn, but while bitcoin has stabilized, oil keeps plummeting. What does “digital gold” have that its liquid counterpart does not?

The oil market has been buffeted by three calamities that have conspired to create a genuine black swan event:

This latter incident has had a profound effect on oil’s downward trajectory. As energy expert Gregory Brew observes, “If it so desires, Saudi Arabia can rapidly increase production and flood the market on a scale that other producers cannot match.”

The TRC could step in to control runaway US production amidst a global economic depression and a persistent supply glut.

The U.S. Department of Energy has begun buying up cheap oil for its Strategic Petroleum Reserve, but is only able to physically add 2 million barrels a day, and in four months it will reach capacity. Texas, meanwhile, is considering halting oil production for the foreseeable future, with depressed prices making it impractical to sell the commodity at a loss. West Texas Intermediate (WTI) oil, the U.S. benchmark, is under $20, while Brent is trading for $27. There is likely more pain to come, with Paul Sankey, managing director at Mizuho Securities, telling Fox Business that “Oil prices can go negative.” By this, he means that the cost of extracting and storing it can exceed its market price.

Something similar can occur with bitcoin, when the cost of mining a coin exceeds its market value. In such cases, neither bitcoin or oil suffer from a “death spiral,” however, because there are always entities who can continue to extract it profitably, ensuring a constant supply is maintained. The world consumes 100 million barrels of oil a day and has the capacity to store 1.5 billion barrels. Once those reserves are full, if demand for oil hasn’t picked up, there will be no option but to wind down production in facilities that are operating at a loss.

Bitcoin and Oil: Commodities with a Lot in Common

The commodity that bitcoin is most frequently compared to is gold, yet it also bears a number of similarities with oil. Aside from the digital/physical duality, there are several ways in which bitcoin and oil overlap. Oil is prone to being hoarded by whales, who have the buying power to move the markets. And both assets have been hit hard in 2020, following long periods of stability in which they were assumed to maintain store of value qualities. In the last week, however, oil and bitcoin have diverged, with the former maintaining its downward trajectory, while BTC has regained ground.

Bitcoin is scarce. Oil is plentiful. Both resources will run out eventually, but circulating bitcoin can be reused i.e bought and sold on the open market, ensuring that everyone who wants it can acquire it. Only a fraction of all oil can be recycled, resulting in continuous extraction just to match ongoing demand. Saudi Arabia and Russia have an “abundance” of oil and can depress prices for as long as they like, should the pair remain locked in a price war. Bitcoin, on the other hand, is not so easily manipulated and certainly not for so long.

The extraction of oil is closely linked to key global regions; the Middle East, Russia, the North Sea, North and South America. Bitcoin, in comparison, is borderless. While its extraction can also be linked to certain hotspots – China, Iran, North America, Scandinavia – bitcoin can be mined anywhere. As such, it is less susceptible to geo-political conflicts, cartels, and price wars.

Just as bitcoin miners can hoard coins in the hope of selling them at a higher price in the future, oil producers can stockpile. The difficulty is that oil requires vast warehouses and tanks to store, whereas all of the bitcoin in existence can be stored on an SD card the size of your thumbnail. The only pipeline bitcoin needs to flow is the data pipes of the internet.

Bitcoin for Oil: The Ultimate Trade?

Bitcoin and oil have always inhabited separate domains. But what if the pair were to become trading partners, with bitcoin being used as settlement for oil? The notion isn’t as outlandish as it may seem. Venezuela’s launch of the petro digital currency was an attempt to move away from the petrodollar, and the hegemony it hands the U.S. The much-maligned petro has failed to gain traction, but bitcoin remains a tantalizing possibility for nations looking to avoid sullying their hands with USD.

Gabor Gurbacs, director of digital asset strategies at VanEck, believes that any country deeply invested in energy should be looking closely at bitcoin, saying: “While for now the petrodollar system remains dominant and the U.S. dollar outperforms other currencies, sovereign nations are increasingly searching for alternatives,” while acknowledging that because “bitcoin is a relatively young asset … it’s not a full-fledged store of value yet.”

Should a vacancy for a petrodollar replacement become available, bitcoin is ready to answer that call. In the meantime, it remains a safer haven than oil.

Do you think bitcoin is a better store of value than oil and other commodities at the moment? Let us know in the comments section below.

The post Liquid Gold vs Digital Gold: Why Bitcoin Beats Oil in the Current Climate appeared first on Bitcoin News.