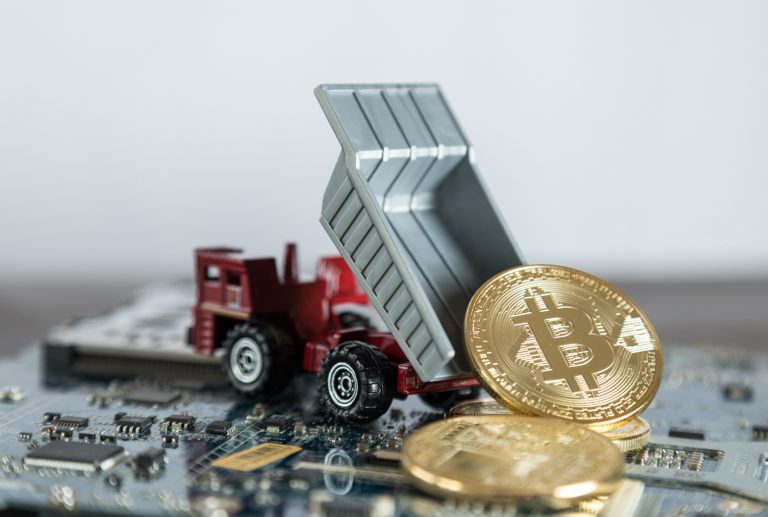 Bitcoin Miners Are Selling Coins Faster Than They Can Generate Them

According to data sites and a number of observers, bitcoin miners are selling coins faster than they can produce them. Ever since the market downturn on March 12 and the week of falling prices that followed, bitcoin miners have been struggling.

On March 26, news.Bitcoin.com reported on how miners witnessed 45% of the overall hashrate shaved since Feb. 29 and miners also dealt with the second largest difficulty drop in history. Now according data from the analytical crypto website bytetree.com’s generation vs. first spend chart shows that bitcoin miners are selling a lot more than they are generating. There’s been a big shift since 3-6 months ago, when miners looked as though they were hoarding in preparation for the upcoming reward halving. Those hoards saved six months ago maybe keeping mining operations afloat, while they sell fresh coinbase rewards today.

Question: Who on Earth is crazy enough to be selling #bitcoin now?

Relax, they’re making money and spreading bitcoin to the world. Soon they’ll have half as much to sell each day.

4 years later, they’ll have half as much again

Since then, however, statistics show that BTC prices jumped from $3,800 per coin to $6,700 on March 26. During more than 80% of that time period, miners sold way more coins than what they are producing at today’s issuance rate. Some bitcoiners think the shift is a “bullish” signal, while others think this belief is pure “hopium.”

Bytetree.com’s data reveals when the coins were first generated and the period of time that follows from when those same bitcoins are spent. Even though the price is one of the largest factors within the mining industry, most people don’t understand that there’s a great number of operations that used leveraged borrowing to mine bitcoins last year. Some mining operations that borrowed to fund their operations were probably liquidated and likely contributed to the 45% hashrate loss.

A Few Observers Believe Miner Sell-Off Is a Bullish Sign

Since ‘Black Thursday’ began and up until today, a large swathe of smaller mining operations shut down. This is because, during the last two years, financial services have appeared that allow mining operations to borrow capital and mining rigs in an attempt to profit later. Instead of helping miners curb risk and profit, lenders liquidated these miners who could not pay their loans after the big price dip. Charlie Morris, bytetree.com’s founder believes that the situation is bullish for bitcoin and tweeted about the current events on Wednesday. Morris tweeted:

Bitcoin miners today sold 2,788 against 1,588 mined. Slamming the market, yet the market takes it. That is bullish.

“47 days until selling pressure from miners cuts in half,” another individual tweeted observing the miners sell-off. “This is the primary source of sell pressure on the price of bitcoin — Time to drop some ballast and see how high we fly,” he added.

Further, not too long ago the crypto firm Tradeblock published a research report that estimates BTC prices need to be at least $12,500 by the time the network halves. Otherwise, miners will suffer a whole lot more than they are today, because revenues will be chopped in half instantly.

What do you think about miners selling bitcoins faster than they can create them? Let us know in the comments below.

The post Bitcoin Miners Are Selling Coins Faster Than They Can Generate Them appeared first on Bitcoin News.