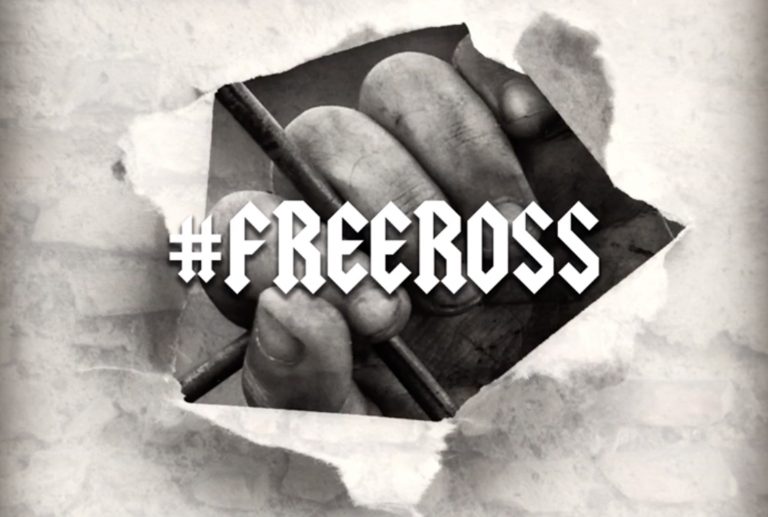 Southern Vermont-based hip-hop artist, Krypto Man, has released a new single called “#Freeross” in hopes to get Ross Ulbricht released from prison. Krypto Man is a well known rapper on the east coast and revenue from the song will be donated to the nonprofit Freeross.org. Ross Ulbricht has also gathered more than 279,000 signatures so far for his clemency petition hosted on the website Change.org.

Also read: While You’re Under Quarantine, Check These Sites for Remote Crypto Jobs

The well known Vermont rap artist, Krypto Man, has released a new song about Ross Ulbricht’s prison sentence and how he would like to see Ulbricht set free. The track is called “#Freeross” and the song’s lyrics demonstrate how Krypto Man believes Ulbricht’s double life sentence is extremely harsh. Ross Ulbricht was sentenced to double-life without the chance of parole for his participation with the Silk Road marketplace. Krypto Man, whose real name is Tyler Colford, believes vices are not crimes and he thinks that Ulbricht is the victim here.

“If there is no victim then there is no crime,” commented Krypto Man. “Check out more about Ross’s fight at Freeross.org,” he told his followers. The hip hop recording artist is well known in southern Vermont for his contributions with the rap group Jynxinc as well. But since Krypto Man stepped out on his own, he believes it’s time to show his feelings about what has happened to Ulbricht. The track that discusses pardoning Ulbricht was released by the independent record label Machete Ish Records.

A Machete Ish spokesperson explained that the record label is focused on grassroots movements and a “local tight-knit community.” “The response to the early releases from Machete Ish, featuring Krypto Man, have been passionate so far and this single “#Freeross” is expected to be no exception,” the record label detailed. Meanwhile, the clemency for Ross petition is nearing 300K signatures, as signatures gathered so far add up to around 279,000+. The petition asks the President of the United States, Donald Trump to commute Ross Ulbricht’s unjust sentence.

The latest hip hop single released by Krypto Man intends to shine more light toward Ulbricht’s situation and get more people to fight for his freedom. “All funds raised by the new song, which has an information-packed introduction about the situation, a pounding beat, and showcases Krypto Man’s unique, conscious word-flow, will be going towards the non-profit Free Ross Foundation,” the announcement added.

What do you think about the rap song “#Freeross” by Krypto Man? Let us know in the comments below.