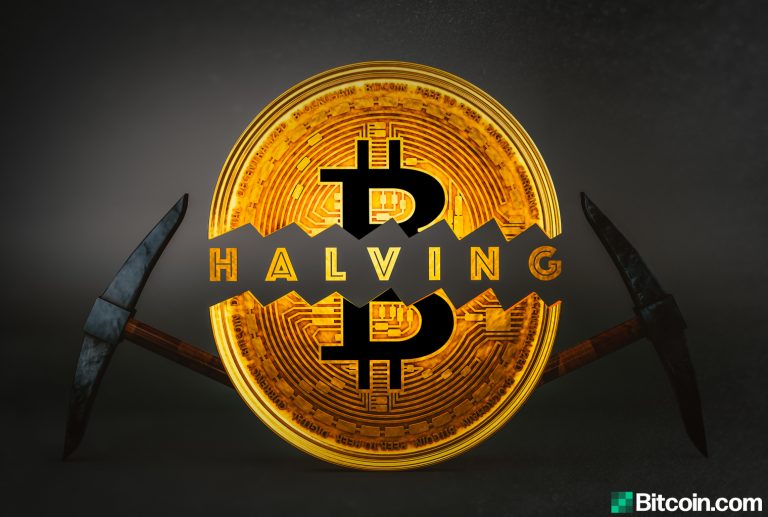 Crypto traders and analysts have always looked to the halvings for some kind of clues in order to predict the future price of bitcoin. A number of traders also think that BTC price movements shift every four years and speculators often use the halvings as milestone markers. On March 28, crypto Youtube host and digital currency analyst Benjamin Cowen explained bitcoin’s price doesn’t move in four-year cycles and stressed that the asset is still following the lengthy market phase of accumulation.

On Saturday, Into the Cryptoverse host, Benjamin Cowen discussed the crypto asset BTC’s long term chart. Cowen says there’s a number of people who still believe that the price of BTC follows a four-year cycle in between each bull run. Additionally, there are speculators who use the halvings as markers as well and there’s a number of crypto supporters who believe BTC’s price will spike either just before, or immediately after the bitcoin halving.

“If you are still under the four-year cycle theory we’re waiting for you to potentially change your mind at some point,” Cowen said. “Most of the evidence suggests — It’s not a four-year cycle and I don’t think there is anything that suggests it is,” Cowen added.

The Into the Cryptoverse analysts stressed that four years ago, the price was far more bullish than it is today. Cowen believes it’s going to be “a lot longer” for the next bull run to come to fruition. “The reason we talk about this, is because lengthening cycles are the name of the game,” the analyst said. “Welcome to the show — welcome to bitcoin, as there’s really nothing that suggests there are four-year cycles,” he added.

Essentially a lengthening cycle means that after every price top and the subsequent correction, the time frame until the next bull market lengthens every time. According to Cowen, we are in the midst of an accumulation phase and he also talked about how some people think that BTC’s price will rise after the halving.

“Some people think that the halvings mean that we have to peak at some certain amount of time after and before the next halving — We’ve talked about how this is not true,” Cowen remarked. The analysts proved his point by showing different peak formations in 2011, the one before the 2013 bull run, and 2017’s run-up as well. The trader said that expecting a four-year cycle “doesn’t even make sense” and measuring from valley to valley it also doesn’t equate to a four-year cycle either.

“What we have said is likely 2020 and 2019 will be accumulation years — It means for the next several months — it is going to be an accumulation time.” Cowen thinks that besides a few rare wicks below the 200-MA, the 200-week moving average has held pretty well. The analyst stated:

So bitcoin is still on course, nothing has changed.

Cowen’s video shows that BTC prices could touch six figures at some point and he seems to be more optimistic about the last quarter of 2021. The point of the video Cowen noted was to inform people who seem to be hung up on the four-year cycle theories and halving speculation. The researcher also told people how they can read his prior blog post about the subject in more detail.

“You’ll find countless graphs that talk about the four-year cycle theory and how its likely wrong and how lengthening cycles is probably ultimately what we are going to see,” the analyst highlighted. Cowen also thinks that if everyone could fast forward 4-5 years from now, it will be “obvious to everyone and by that point there will be a lot of people who missed out.” Cowen thinks they will miss out on the lengthening cycle and accumulation phase knowledge because they are too focused on the four-year cycle theories. 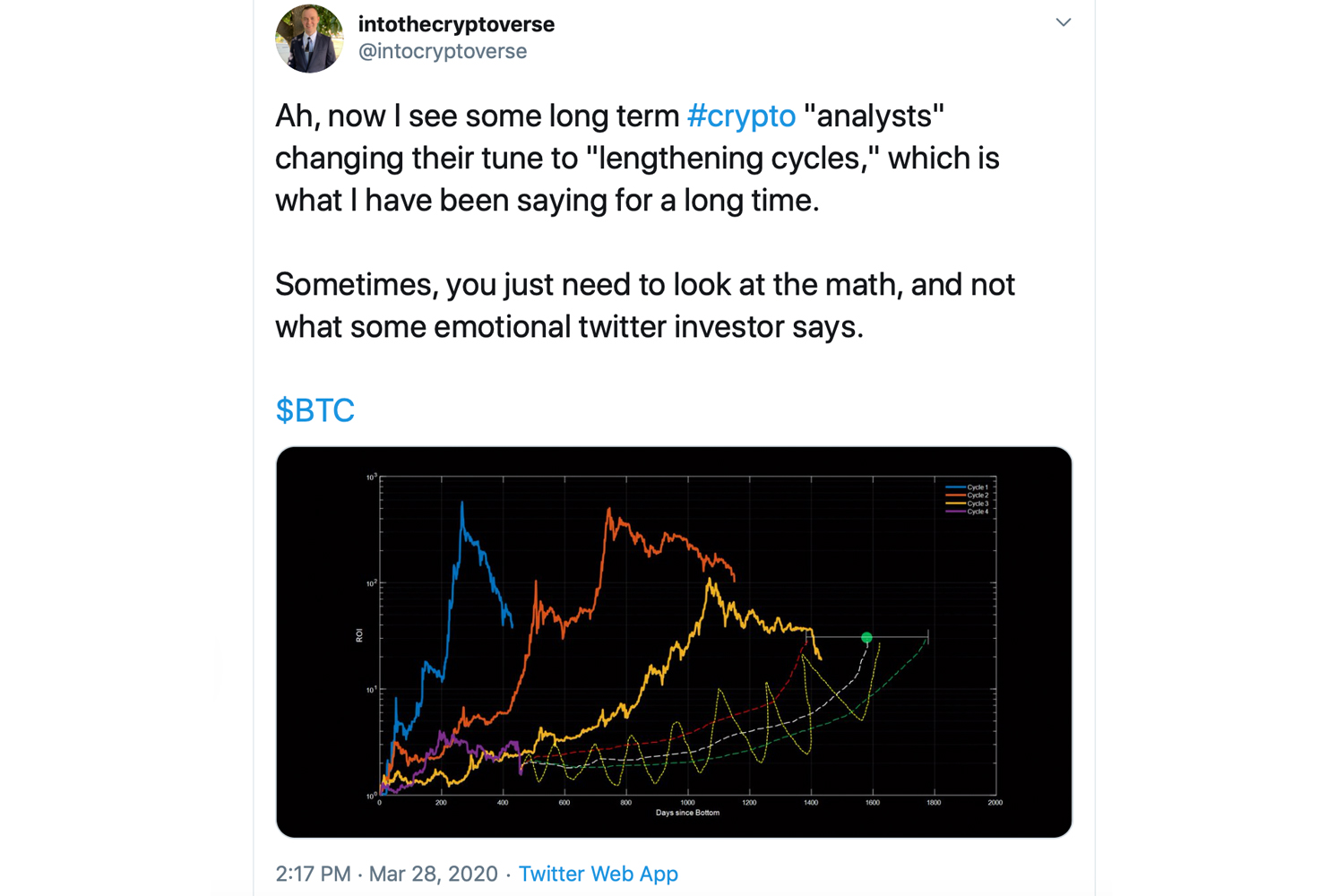 The trader’s report follows the recent statements from Bitmain cofounder, Jihan Wu, who also said that the bull run may not come right after the bitcoin halving. “I think the bull this time around may not come immediately after the halving [and] there likely will be a delay in time,” Wu said in a recent interview. Bitmain’s CEO noted that BTC’s price will have a top, become more stable, and the crypto’s value will also show slower growth over time. Wu’s theory aligns with Cowen’s lengthening cycle opinion and Wu also stressed that “we may not see abrupt spikes in [BTC’s] price.”

What do you think about Cowen’s four-year cycle hypothesis? Let us know in the comments below.