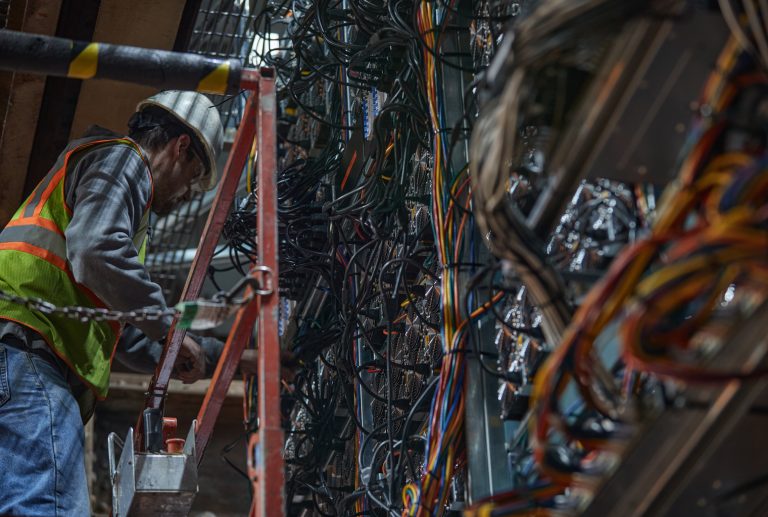 During the first week of March, news.Bitcoin.com reported on a $65 million investment into the ‘behind-the-meter’ bitcoin mining operation, Greenidge Generation LLC in Dresden, New York. The Greenidge plant operates 7,000 bitcoin miners and on April 8, the firm revealed the sale of 106 petahash of hashpower to an undisclosed buyer. The purchase is considered a watershed moment for bitcoin mining, as the institutional sale of hashpower indicates that mining operations are trending toward industrial solutions.

The sale of 106 petahash (PH) is monumental because it represents the industrialized state of affairs bitcoin mining is now geared toward. These days mining operations are handled by large pools, while hobbyists with mining rigs and home bitcoin mining operations are a thing of the past. Even Bitcoin’s inventor, Satoshi Nakamoto, envisioned the mining ecosystem trending toward industrialized server farms.

“At first, most users would run network nodes, but as the network grows beyond a certain point, it would be left more and more to specialists with server farms of specialized hardware,” Nakamoto wrote in 2008. “A server farm would only need to have one node on the network and the rest of the LAN connects with that one node.”

The 106PH sale was executed by the company Bitooda Digital LLC and it was finalized on a Bitooda Hashtm contract. The contract scheme is a fully-compliant financial product launched in January 2020, which records the sale of mass quantities of SHA256 hashpower. Bitooda says that it optimizes the experience of “settlement and delivery” and makes hashpower transactions more “seamless.” The Bitooda Hashtm contract means that Greenidge can sell fully regulated blocks of hashpower to entrepreneurs and institutional investors.

“[We are] providing the same kind of time-tested hedging capabilities seen in traditional commodity markets, such product brings the benefits of clean and energy-efficient bitcoin mining from Greenidge to institutional investors throughout the United States,” said Greenidge CFO, Tim Rainey. The Greenidge executive added:

We look forward to working with Bitooda and other partners as we continue to scale our mining operations and, through our partners, extend the range of investment options over the coming year.

The Industrialization of Bitcoin Is Here

The Dresden, New York-based facility is capable of producing more than 100MW of clean energy with gas stemming from the Empire Pipeline System. The Greenidge plant is considered the first of its kind hybrid, ‘behind-the-meter’ bitcoin mining operation. Greenidge claims to leverage a professional mining team of experts and uses next-generation technology. Of course, many people have envisioned Bitcoin mining turning into a major industry and for the most part, it has matured a great deal.

However, some people believe that mining operations shouldn’t grow to an industrial scale despite Nakamoto’s past statements. In fact, the mining operation Genesis Mining recently published a report called the State of Crypto Mining, which indicates some miners believe that home mining will return. “One third believed that power will shift from large centralized groups to smaller home miners,” explains the research report published by the company. With the massive growth of mining pools, mega-sized bitcoin mining facilities filled with thousands of rigs worldwide, and institutional funds flowing into this environment, it doesn’t seem like home mining will return at all.

What do you think about the recent sale of 106PH of hashpower? Let us know in the comments below.