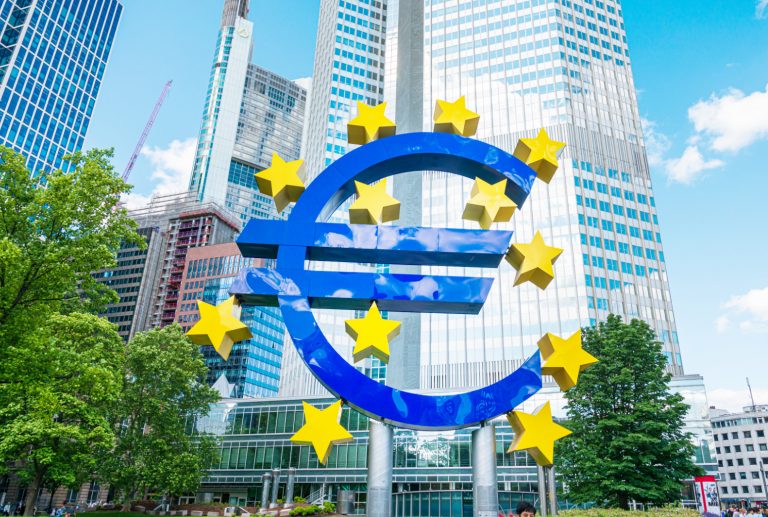 ECB Vice President Luis de Guindos answered some questions about the European economy in an interview published by the ECB on Sunday. Sharing his assessment of the global economic situation as the coronavirus crisis persists, he said:

The global economy will enter recession and so will the European economy, albeit an even more severe one. The ultimate fall in GDP will depend on how long the lockdown lasts.

He added: “International bodies have calculated that the economy will shrink by 2% to 3% for each month of lockdown. So one and a half months would be around 5%. Three months would be double that.”

He believes that in the most likely scenario, the euro area will show some signs of growth beginning in the third quarter. However, “we will have to wait until 2021 to see a genuine recovery in economic activity,” he emphasized. “In any case, 2021 will not be able to make up for all of the downturn in 2020.” The ECB vice president continued:

The banking sector is facing this situation from a much more robust position than ten years ago. It is true that it has profitability issues and the deep recession will affect its bottom line.

“But there are no solvency problems,” he claims. “The financial markets experienced some problems during the initial days of this crisis, but they were not caused by the banking sector. The situation has to a certain extent returned to normal, although not completely, while prices have partially recovered and volatility has eased.”

De Guindos explained that the ECB has intervened on three levels. “First, we have provided liquidity to the banks … and we have launched a package of temporary collateral easing measures,” he detailed. “And finally, we have expanded our monetary policy operations.”

The ECB vice president added, “In 2020, asset purchases will reach €1.1 trillion (mainly of public debt) to avoid fragmentation of the euro area,” elaborating:

Countries will experience a deep recession that will have an impact on their public finances. This will entail greater funding needs, of between €1 trillion and €1.5 trillion, an amount the likes of which we’ve probably never seen before.

He further explained that the ECB currently has three main tools at its disposal. The first is the European Investment Bank guarantee, which has €25 billion available. The second is the European instrument for temporary Support to mitigate Unemployment Risks in an Emergency (SURE) program, which will provide lending of €100 billion to avoid job losses.

The third is the European Stability Mechanism (ESM), which “provides low-conditionality precautionary credit lines and already has €240 billion available, which can be increased up to €400 billion,” de Guindos described. “Following the agreement the Eurogroup reached on Thursday, governments will be able to use the ESM to access the equivalent of 2% of their GDP and thus finance healthcare spending related to the pandemic.”

Meanwhile, the International Monetary Fund (IMF) and the World Bank have already forecasted a severe global recession. Banks, such as JPMorgan Chase, Bank of America, and Deutsche Bank have also predicted a major recession.

What do you think of the ECB’s methods in helping the European economy? Let us know in the comments section below.