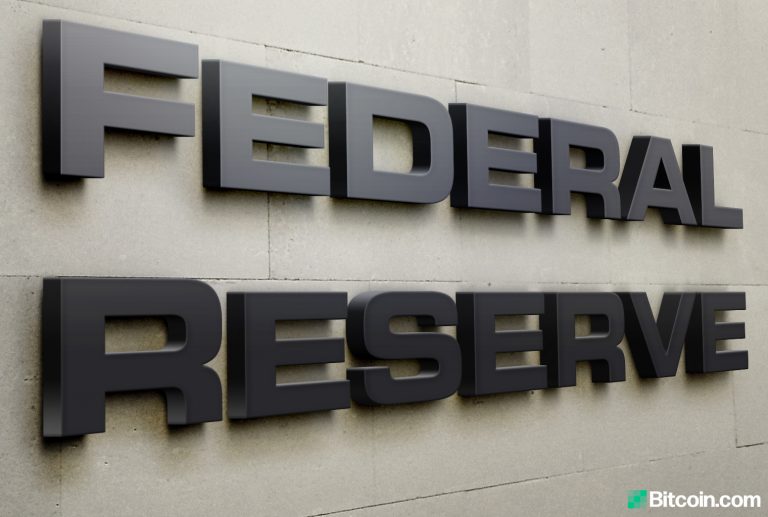 Mainstream media has been awfully quiet about all the fraud and manipulation stemming from the global bureaucracies’ newly enacted covid-19 reaction policies. In the U.S. amid all the commotion and fear, the Federal Reserve granted special powers to the giant private equity firm Blackrock. The arrangement has been criticized a great deal because Blackrock is now allowed to buy corporate bonds and commercial mortgages, with no oversight and continuously. Moreover, Blackrock can bail itself out and give funds to the many fossil fuel suppliers who are desperately seeking stimulus from the government.

Unfortunately, politicians and central bankers worldwide have used the coronavirus outbreak as an excuse to print unlimited money for private financial institutions and shut down global economies. In the U.S., economists have stressed that the response to the covid-19 outbreak was the worst decision in “one-hundred years.”

“We now know, with as much certainty as one can know such things, that lockdowns are very costly and confer no clear benefits,” explains Robert Wright an author from the American Institute for Economic Research (AIER). “We also know that places that did not lock down and restrict basic civil liberties suffered no worse fates than those that did,” Wright added.

Meanwhile, after distributing a measly $1,200 check to American citizens, the CARES relief act has given politicians a pay raise and trillions were offloaded to Wall Street and special interest groups in the U.S. Further, the Federal Reserve has made it more difficult to place blame on the institution as the central bank has given special powers to the equity firm Blackrock.

Blackrock has been appointed by the Fed to buy corporate bonds and commercial mortgages. The firm now has more power than any financial institution in the U.S., as Blackrock will oversee $27 trillion and the Fed’s new $4.5 billion Wall Street slush fund. Despite the massive power Blackrock has now, financial incumbents have been silent about the appointment. “With $27 trillion under various forms of its management, Blackrock towers over the finance, insurance, and real estate sectors,” details the financial columnist Joyce Nelson. “This much consolidated financial power may be unprecedented, but with Blackrock involved in virtually every major corporation across the planet (including the media), even Blackrock’s competitors (if that word even applies) are quiet about [Blackrock’s] appointment,” she added.

What’s even worse is the ‘too big to fail’ bankers like Blackrock can work together to keep the monetary Ponzi scheme going strong. For instance, Blackrock can bail itself out and their friends at any time they want, and most of Blackrock’s buddies include fossil fuel suppliers. These fuel producers are feeling the brunt of the economic slowdown as a barrel of crude oil dropped to $15 on April 20. Even though some hedge funds and Wall Street execs remain quiet about Blackrock’s special deal, 30 well known firms wrote a letter to the Fed’s Chair protesting the move. The Letter explained that the Fed’s decision makes Blackrock even more “systemically important to the financial system” by being able to do whatever the institution pleases. The letter against the Blackrock decision written to the Fed Chair Jerome Powell adds:

Furthermore, Blackrock is the largest purveyor of ETFs (exchange-traded funds), and this deal gives it the power to buy up its own ETF products, potentially earning double.

Freedom advocates and believers in sound money have been warning about the disastrous effects from central banking and the economic ‘busts and booms’ they create. A slew of people who can clearly see the fraud and manipulation are turning to monetary ideas that skip over the banking-cartel. People are finding financial freedom by leveraging barter and trade, precious metals, and cryptocurrency solutions. Despite the fact that money printing and currency devaluation has destroyed every empire for centuries, the U.S. government and Federal Reserve continue to defraud the American populace. For some reason, the U.S. bureaucracy thinks people can survive through endless stimulus handouts and corporate bailouts, while at the same time forcefully keeping industries shut down.

“Economic lockdowns were the fantasies of government officials so out of touch with economic and physical reality that they thought the costs would be fairly low,” AIER’s Wright highlighted in his editorial published on Monday. “Money can be printed, bailouts paid, and inflation checked with price controls, they believed, following, it appears, the notions of debunked MMT theorists. Economic illiteracy reared its ignorant head yet again,” Wright added.

The appointment of Blackrock and all the Fed’s risky schemes over the last few weeks shows that even with endless fiat printing, they cannot control the economy. Instead, the Federal Reserve and countless U.S. politicians have ruined the American economy and it will be lucky if the U.S. monetary system makes it out of this mess alive.

What do you think about the Fed appointing Blackrock for special interest purchases? Let us know in the comments below.

The post America’s Banks Can Simply Bail Themselves Out – Thanks to the Fed’s $27 Trillion Blackrock Deal appeared first on Bitcoin News.