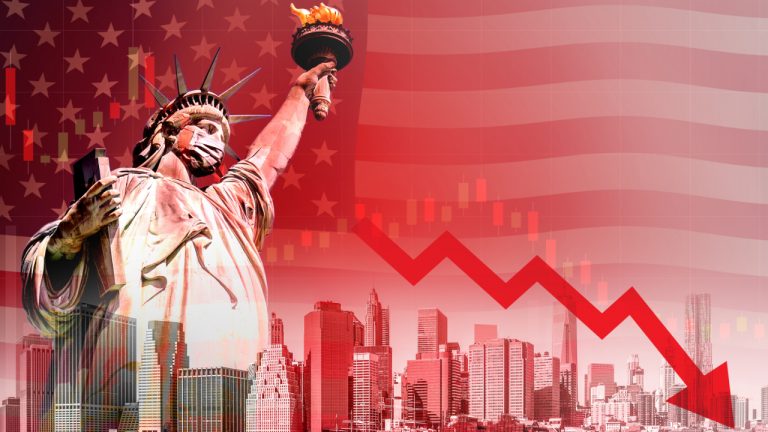 A number of strategists and economists have predicted a gloomy outlook for the U.S. economy as unemployment swells to unseen levels since the Great Depression. Data released last week shows that one in six Americans are out of a job as the coronavirus crisis deepens; approximately 26 million people have filed for jobless aid in five weeks. Chris Rupkey, managing director and chief financial economist at MUFG Union Bank, was quoted by Yahoo Finance as saying:

At this point it would take a miracle to keep this recession from turning into the Great Depression II.

On Sunday, White House economic advisor Kevin Hassett told the media: “We see an unemployment rate that approaches rates we saw during the Great Depression … During the Great Recession we lost 8.7 million jobs in the whole thing. Now we’re losing that many every 10 days.” At the worst point during the 2008 financial crisis, 15.35 million people were unemployed.

“It is going to take years not months to put these pandemic jobless workers back to work at the shops and malls and factories and restaurants across the country,” Rupkey opined, noting that the job losses in the last five reports were “more than the entire Great Recession a decade ago.”

The MUFG economist further stated: “Net, net, jobless claims are warning that the worst isn’t over yet for the American economy with businesses and consumers alike being sucked down into the abyss of the pandemic recession.” He concluded, “The risks to the outlook are that the economy is digging itself such a big deep hole that its ill become harder to climb back out of it.”

A growing number of economists and analysts, including Rupkey, have explained that a fast or V-shaped recovery of the U.S. economy is unlikely. A V-shaped recovery involves a sharp decline followed by a sharp rise back to its previous peak.

ING chief international economist James Knightley explained last week that job losses are spreading beyond retail and hospitality sectors into suppliers and other industries, Yahoo Finance conveyed. Due to the covid-19 fear, people may remain reluctant to go shopping or eat at restaurants, so employment is not going to rebound quickly. “As such, it would be another signal that a V-shaped recovery for the U.S. economy is highly unlikely,” he was quoted as saying.

Sharing his gloomy view of the U.S. economy, BNY Mellon chief strategist told the publication: “We’re sitting here today at a 17% unemployment rate, which is a disaster for the country … Because the longer this goes on, the greater the likelihood that those individuals… become detached from their employers.” Glassdoor senior economist Daniel Zhao was also quoted as saying:

Today’s report shows the labor market is almost certainly pushing into new territory, jolting the unemployment rate up above the Great Recession’s 10% peak and wiping out more jobs than we’ve gained in the recovery.

However, some people are saying the opposite, predicting a fast or V-shaped recovery. President Donald Trump, for example, told the media Friday that Apple CEO Tim Cook has predicted a V-shaped recovery for the U.S. economy following the covid-19 outbreak.

Recently, the International Monetary Fund (IMF) declared a global recession, the worst one since the Great Depression. The Federal Reserva Bank of Chicago’s monthly index indicates that the U.S. economy entered into a recession in March. In addition, many banks have forecasted severe recession with billions in loan losses, tanking their profits.

Do you think the U.S. is heading into another Great Depression? Let us know in the comments section below.