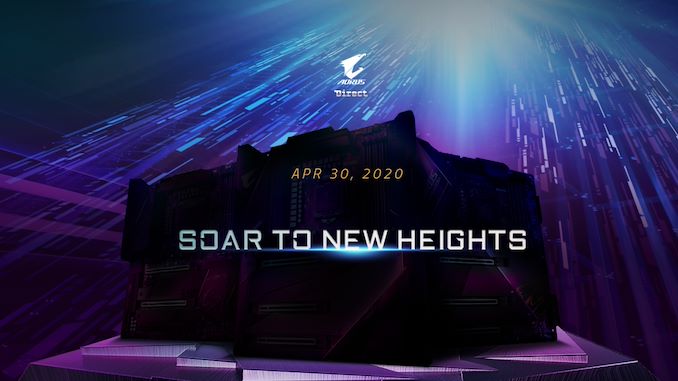 Sponsored Post: On April 30, Gigabyte is Making an Announcement – And it’s a Big One

On April 30 at 10 AM PST/1 PM EST, Gigabyte is planning to stream a special event known as AORUS Direct on its YouTube. Nobody knows *what* specifically will be revealed just yet, but it looks like it’s going to be something big.

During AORUS Direct, Gigabyte is likely going to reveal some new top-notch motherboards that could hit the market soon. Though Gigabyte manufactures laptop devices and custom graphics cards, its production of motherboards is what the company is best known for. April 30, the company might just show off brand-new ones.

This could be exciting news for PC gamers. As the backbone of a computer, motherboards are one of the most important parts in any rig. And as the market for motherboards has become increasingly varied in recent years, as one of the largest motherboard manufacturers Gigabyte has been able to use its size to deliver a wide range of boards. These days motherboards don’t just vary in size – from towering EATX boards to tiny mini-ITX builds – but also ever-expanding feature sets such as USB Type-C ports, M.2 slots, Wi-Fi, and even RGB lighting controls.

As well, overclocking continues to remain popular, with performance-focused boards getting extra cooling and support for higher RAM speeds in order to maximize their performance potential. Based on what they’ve accomplished so far, whatever Gigabyte has to offer with a new line of motherboards should be pretty interesting to see.

Make sure to save the date and time so you can catch the AORUS Direct stream. If some fantastic motherboards are announced, you won’t want to miss it. If you can’t make it, don’t worry — a post-stream recap highlighting everything you need to know will also be available.

Add To My Calendar