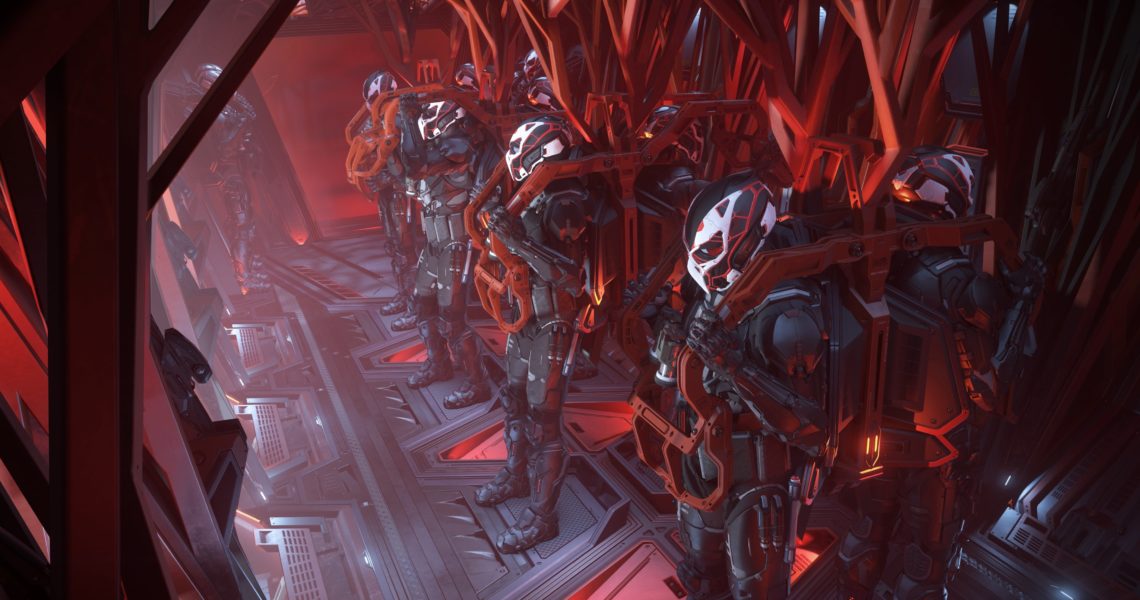 Cloud Imperium Games is back with another quarterly update to its crowd-funded behemoth Star Citizen, bumping the Live build’s version to Alpha 3.9.0. This update brings along an automated prison system for players doing criminal activities, a new ship based on alien designs, as well as hunger and thirst systems, among other features.

The prison aspect is probably the biggest addition in this release, with players who are ‘killed’ by AI security or bounty hunters now being sent to the Klescher automated prison. During their stint at the facility, players may work in mining areas to reduce their sentences. Daring players can also try and escape the prison if they have some outside help.

The New Babbage Landing Zone that arrived with the microTech planet in the 3.8.0 update from last year has now been given an interior in the form of a domed city. Speaking of microTech, the planet now has three moons circling it – Calliope, Clio, and Euterpe -, and all of these bodies have been enhanced with caves and cave-related missions

Survival elements like hunger and thirst will now have players reaching for food and drinks as a necessity if they want to avoid starvation and dehydration. Extreme environments can also affect players now, so to avoid hyperthermia and hypothermia, they will need to wear appropriate armor and clothing.

Meanwhile in the ship department, the Esperia Prowler has landed. This is an armored dropship made by humans but modeled after an originally extraterrestrial design by the Tevarin. Other additions include a Quantainium as a volatile mineable ore that can explode in transport, in-hand weapon attachment customization, a reworked in-game friends list UI, and more.

See the complete changelog of the update over here. The Alpha 3.9.0 update is now available to all Star Citizen players.