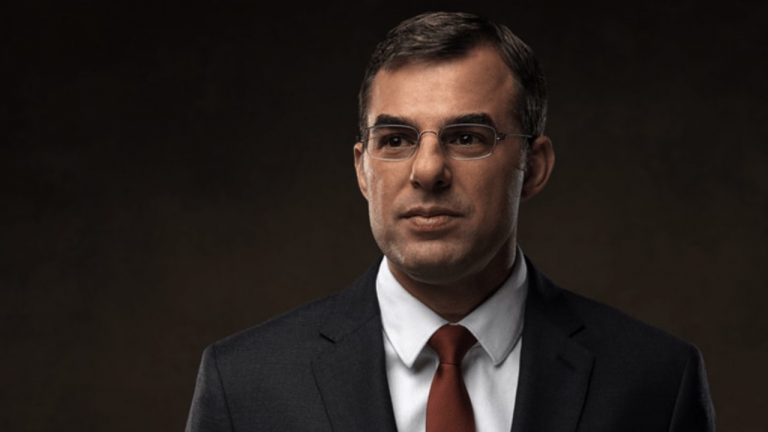 U.S. President Donald Trump now has an unexpected challenger as the independent congressman from Michigan, Justin Amash, says he plans to run as a Libertarian candidate in the 2020 election. Besides John McAfee and Adam Kokesh, Amash is also a pro-crypto candidate, a believer in free markets, and has spoken positively about bitcoin seven years ago.

Is Trump’s Future Threatened by a Libertarian Candidate?

Justin Amash is pushing toward a third-party run for the President of the United States in 2020. Many believe Amash could add some heat to the presidential race by taking votes away from both the Democrat Joe Biden and Republican President Trump. After the popular candidate Andrew Yang left, there were only two candidates remaining who support cryptocurrencies; John McAfee and Adam Kokesh. However, with Amash running it would add another person who thinks positively about bitcoin and blockchain solutions. Amash is also well known for his staunch views toward upholding the U.S. constitution and limiting the role of government.

“Today, I launched an exploratory committee to seek the Libertarian Party National’s nomination for President of the United States,” Amash tweeted on April 28. “Americans are ready for practical approaches based on humility and trust of the people.” Amash continued:

We’re ready for a presidency that will restore respect for our constitution and bring people together. I’m excited and honored to be taking these first steps toward serving Americans of every background as president.

Amash Aims to ‘Defend the Constitution and Put Individuals First’

The 40-year-old Michigan lawmaker is currently an independent, and he left the Republican party last year. In 2013, Forbes Magazine’s official Twitter account tweeted about bitcoin, and Amash tweeted back a response. “Congress is nervous about this whole Bitcoin thing,” Amash said at the time. His new website, amashforamerica.com, explains that Amash wants to bring something new to Americans.

“[Justin Amash] is for something new,” the website explains. “For a government that secures our rights. For equality before the law. For an end to cronyism. For a government that fulfills its purpose and recognizes its limits. For practical approaches based on humility and trust of the people. For an honest, principled president who will defend the constitution and put individuals first.”

Despite the fact that Amash speaks often about being pro-liberty, not all Libertarians believe he is legitimate. Anarcho-capitalists and even members of the Libertarian party do not see real change in Amash, and the decisions he’s made as a Republican. Then again, a lot of libertarians do like Amash and are hopeful he will be better than Gary Johnson.

It’s also assumed that Amash could pick a running partner like Thomas Massie or Rand Paul in order to give him an edge. In fact, many people like Massie over Paul, and some have called representative Massie — Ron Paul’s long lost son. Justin Amash is different from Joe Biden and Donald Trump, this much is for sure. Both Biden and Trump are typical politicians and Amash’s Libertarian ideals may get him some votes. However, since Amash announced his candidacy, a great number of both Republicans and Democrats are scared witless that Amash will take away votes toward their favorite pick.

What do you think about Justin Amash running for U.S. President? Let us know in the comments below.