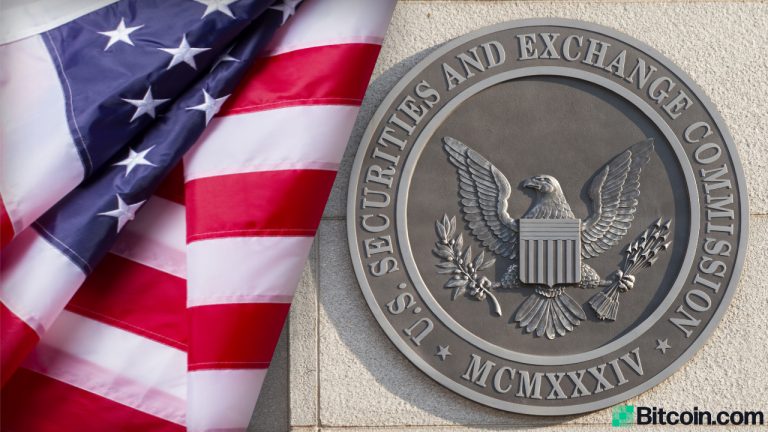 Crypto-friendly commissioner with the U.S. Securities and Exchange Commission (SEC), Hester Peirce, said there is an increase in demand for cryptocurrency as investors seek to diversify their portfolios. The commissioner has been an avid proponent of the SEC approving bitcoin exchange-traded funds (ETFs).

SEC Commissioner Hester Peirce, also known in the crypto community as “Crypto Mom,” talked about cryptocurrency and digital dollars during a livestream discussion with Crypto Finance Conference St. Moritz on Tuesday. Noting that the covid-19 pandemic has affected all industries, including cryptocurrency, she said:

We’re seeing more interest coming from institutional quarters than we have in the past. I think that will continue … as people are looking to diversify their portfolios, I think people are also likely to look more to the crypto space.‏‏‎

She elaborated, “As people are more comfortable working in a virtual world in every industry now, I think people are likely to turn more interest to the crypto space.” Peirce previously said even before the coronavirus pandemic that one major advantage of the cryptocurrency industry was that it brings together people from across the world and helps them work together virtually. Industry participants don’t have to be in the same place to be working together.

Peirce was sworn in as an SEC commissioner on Jan. 11, 2018; her term is due to expire on June 5. She has consistently supported the idea of the SEC approving bitcoin exchange-traded funds but so far the SEC has not approved any. In May last year, she said the time was already right for the commission to approve a bitcoin ETF. In February, she announced her Token Safe Harbor Proposal to fill the gap between regulation and decentralization.

Peirce also talked about digital dollars during the livestream. She said that the subject has drawn more interest to cryptocurrencies and more people are now asking questions about crypto. Noting that “It’s helpful for people to think about the positives and negatives of having it be a government-issued versus a private-issued currency,” she opined:

I will say that I think that the idea of a government cryptocurrency, a digital dollar or something like that, is very different than some of the things that we’re talking about with crypto and blockchain and the private sector, but it’s helpful to get people thinking about these things.

However, the commissioner cautioned: “You need to think about privacy issues if you’re creating some sort of digital currency. I think that’s a really important question for a society to ask because people don’t really feel comfortable with the government or anybody else monitoring their transactions.”

The Federal Reserve has been studying the prospect of issuing a digital dollar, particularly to compete with Facebook’s Libra cryptocurrency and China’s central bank digital currency. However, Fed Chair Jerome Powell has repeatedly said that the Fed has no interest in issuing a digital dollar right now. In March, the term “digital dollar” was included in proposed stimulus bills.

What do you think about SEC Commissioner Peirce’s views? Let us know in the comments section below.