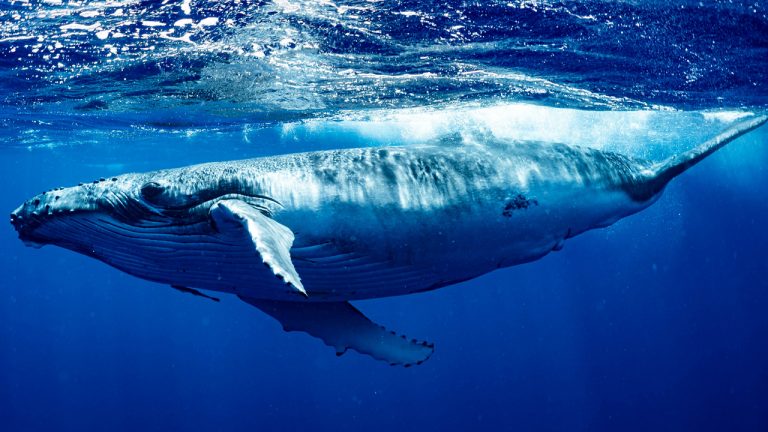 According to recent data, crypto participants known as ‘bitcoin whales’ have been steadily accumulating bitcoins, and not selling since the ‘Black Thursday’ market carnage on March 12, 2020. Onchain data and blockchain analysis firms indicate that the number of bitcoin whales with 1,000 to 10,000 BTC or more on a single address has increased significantly.

In the cryptocurrency world, investors who hold a large number of digital assets are typically called ‘whales.’ There are also all types of whales like BTC whales, ETH whales, and BCH whales. The definition of a BTC whale would be a person or organization (a single address) with around 1,000 BTC or more. Whales with around 1,000 BTC would be considered small whales and at the time of publication, there are 2,002 addresses with 1K BTC or more. Onchain data from December 17, 2018 (1,754) until May 1, 2020, shows these smaller whales grew by 14.13%. Then there are mega-whales who own 10,000 BTC or more, which is around $87 million using today’s exchange rates. 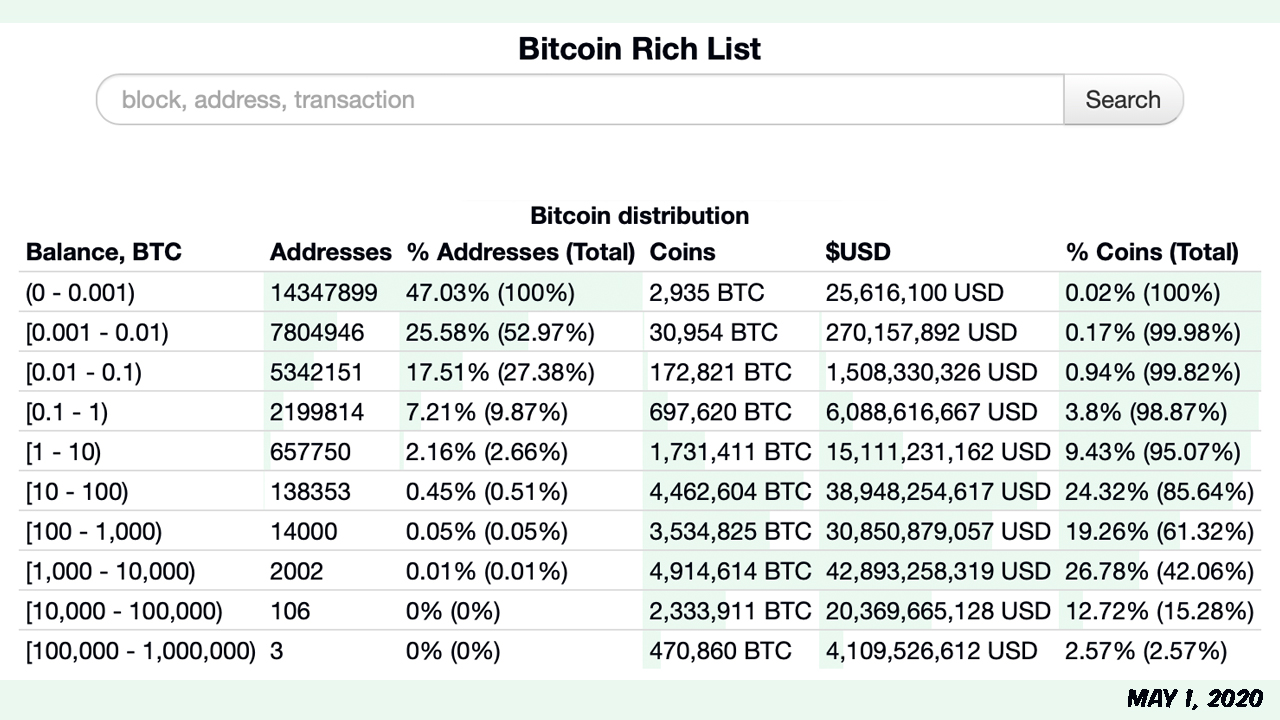 Bitcoin Addresses With 100 and 100,000 Bitcoins Decreased

Then there are even bigger whales than the 10K BTC holders, as there are three addresses with anywhere between 100,000 to 1,000,000 BTC today. A whale address that has 100K BTC is worth around $873 million at today’s exchange rates. Back in December 2018, there were more 100K or more addresses than today, as five of them held these balances. Fast forward to February 2019, and the number remained the same with only five addresses holding 100K BTC. Of course, most of these 100K addresses belong to exchanges that hold BTC in a custodial fashion for their customers.

Now the much smaller investor, with 100 BTC or more is around 14,000 addresses on May 1, 2020. In December 2018, there were 14,809 addresses with 100 BTC or more, and on February 25, 2019, that number dipped to 14749 addresses. So these types of holders have decreased and it is possible they sold to the much larger whales during the last few months. On March 12, 2020, otherwise known as ‘Black Thursday,’ BTC prices dropped to $3,600 per coin. Reports from popular exchanges like Kraken, Binance, and Coinbase explained that there was a massive amount of buyers during the 24 hours that followed the market rout. The San Francisco exchange Coinbase wrote a blog post on how crypto investors bought the crypto asset when it was much lower in value. Even the famed whistleblower Edward Snowden said he felt like buying the dip.

What do you think about the bitcoin whale accumulation? Let us know in the comments below.