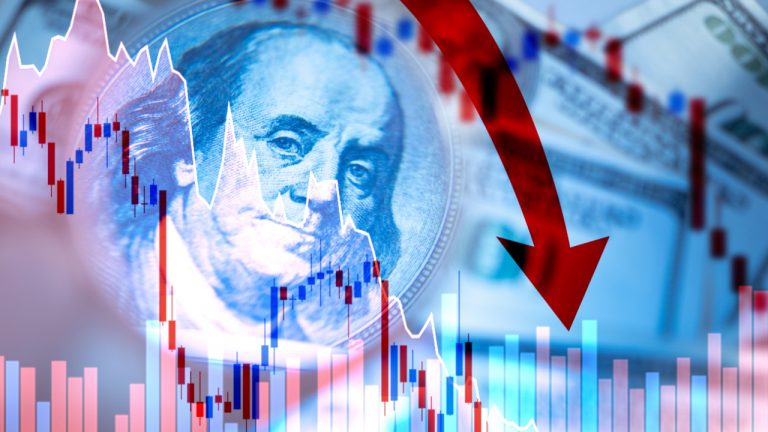 The US manufacturing activity has plunged to a record low, indicating that the country has entered into a deeper recession. “This recession is the quickest deterioration in economic activity ever recorded,” an economist explained. This data is accompanied by collapsing global demand, ongoing supply chain disruptions, and high levels of uncertainty.

The survey from the Institute for Supply Management (ISM) released on Friday has painted a grim picture for the U.S. economy. The index of national factory activity dropped to 41.5 in April, the lowest level not seen since April 2009, and its monthly decline was the biggest since October 2008. A reading below 50 indicates contraction in the manufacturing sector.

According to the ISM, manufacturers were “strongly negative regarding the near-term outlook, with sentiment clearly impacted by the coronavirus pandemic and continuing energy market recession.” Chris Rupkey, chief financial economist at MUFG Bank in New York, commented:

The ISM manufacturing survey has come late to the recession forecasting party this time, as this recession is the quickest deterioration in economic activity ever recorded.

Economists believe the U.S. economy entered a recession in mid-March, as also indicated by the Federal Reserve Bank of Chicago’s index.

Indicators Fall to Levels Not Seen Since Great Recession

Many components of the ISM Purchasing Managers’ Index have fallen to levels not seen since the lows of the Great Recession. The new orders sub-index fell to 27.1 in April from 42.2 in March, the lowest since December 2008, and the monthly decline was the largest since April 1951. Oren Klachkin, lead U.S. economist at Oxford Economics in New York, was quoted as saying:

The backdrop for manufacturers is very bleak, with collapsing global demand, ongoing supply chain disruptions, and high levels of uncertainty all posing very significant challenges … We do not expect output losses to be recouped until 2021.

Furthermore, the ISM production index was at 27.5 in April, down from 47.7 in March and a new record low since the survey began in 1948. The factory employment index also dropped to 27.5 last month from 43.8 in March, the lowest since February 1949. The monthly decrease in the employment measure was the largest since the ISM started tracking in 1948. Moreover, in March, the U.S. manufacturing output dropped by the most in over 74 years. The Federal Reserve said it was the biggest decrease since February 1946.

Economists do not expect a V-shaped recovery or a rapid reversal in the economic downturn. Rupkey previously said that “it would take a miracle to keep this recession from turning into the Great Depression II.”

What do you think about where the US economy is heading? Let us know in the comments section below.