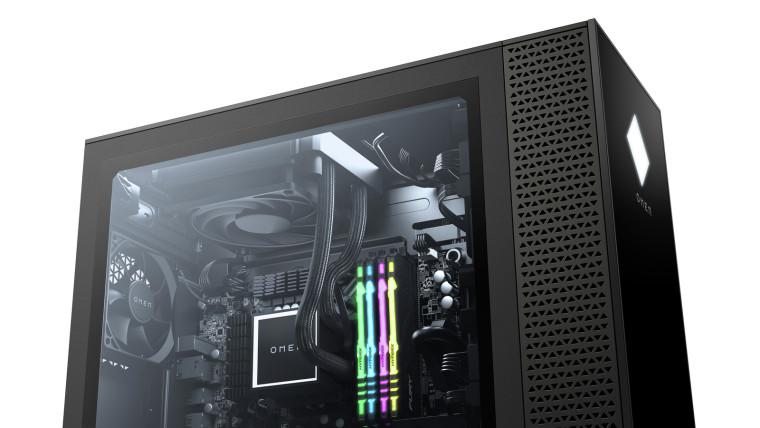 HP announced some new desktop gaming PCs today under its OMEN brand, which come in 25L and 30L flavors. As you’d expect, they include next-gen, top-of-the-line specs, including Intel’s Comet Lake S or AMD’s Ryzen 3000 processors. 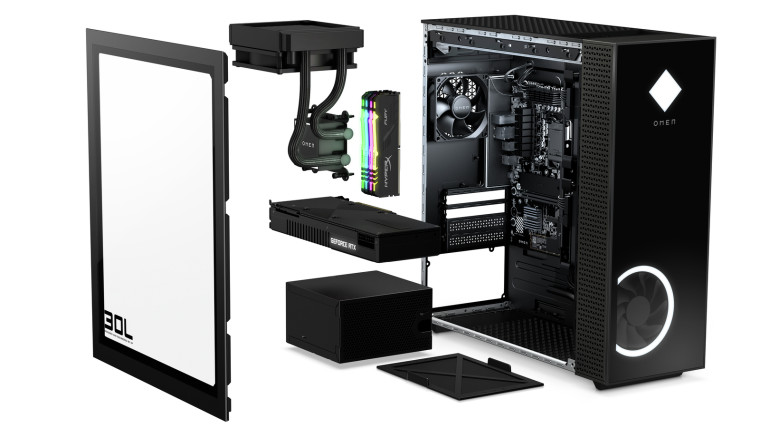 HP also increased the height of the PC’s feet to 15mm to improve thermals, and on the 30L model, there’s an additional front compartment for a Cooler Master 120mm RGB fan. Also, the graphics card has been moved to a higher position to improve its thermal efficiency.

The company also says that this is its most customizable gaming PC it’s ever made. Along with an array of configuration options, the OMEN Desktop is meant to offer tool-less access to its internals, making it easy to replace and upgrade parts.

Like last year’s OMEN Obelisk, it has a glass panel so you can see the inside of the PC and its six zones of RGB lighting. There is, however, a variant of the 25L model that has a metal side panel, in case that’s what you’re into. The new OMEN Desktop will be available starting tomorrow from Hp.com, with the 25L model starting at $899.99 and the 30L model starting at $1,199.99.

But that’s not all, because HP announced the OMEN 27i Monitor, a Nano IPS panel with a 98% DCI-P3 color gamut. It has a QHD resolution at 350-nit brightness, a 165Hz refresh rate, 1ms response time, and more. The monitor is available from Bestbuy.com today for $499.99, and will arrive on Hp.com on May 22.