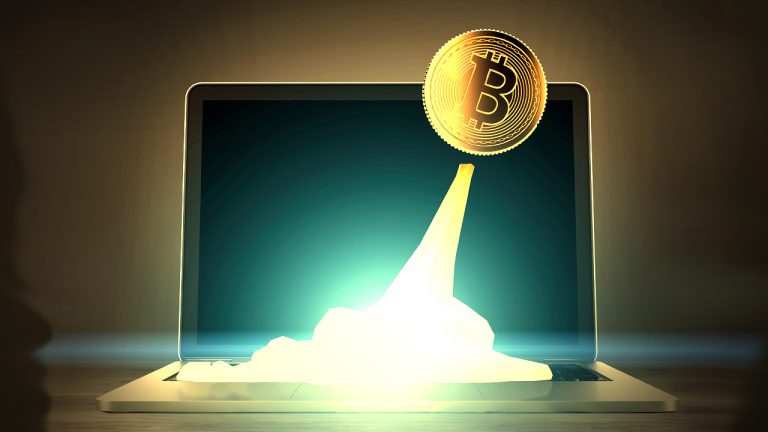 Bitcoin (BTC) staying above $8,000 is a sign of increasing momentum and detachment from the stock market beta-pull, according to Bloomberg senior analyst Mike McGlone.

In a new bitcoin report published on May 5, McGlone said that sustaining above this level is necessary to indicate strength.

“Bitcoin is showing divergent strength versus the wobbly stock market,” he said, noting the cryptocurrency’s rapid decline on March 12, when it plunged 27%.

BTC rose past $8,000 for the first time in several weeks at the end of April, largely spurred by the impending halving. At Press time, the coin was up 4.2% at $9,216 over the last 24 hours, according to data from markets.bitcoin.com.

The Bloomberg Galaxy Crypto Index (BGCI) shows bitcoin “recovering above its upward-sloping 52-week moving average, while the same measure of the S&P 500 is turning downward.”

BTC is rapidly transitioning away from a risk asset and gaining credence versus stocks. Relative volatility and momentum measures indicate a firming price foundation for the crypto.

Similar to about 3,000 on the benchmark stock index, $8,000 has been a key pivot point for much of the past year in the cryptocurrency industry, as per the report. The ratio of BTC’s 180-day volatility against the same gauge on the S&P 500 dropped to a measure of 2 this year, its lowest level ever.

“The drop to new lows in the relative-volatility ratio indicates a firming bitcoin price foundation versus the stock market,” said McGlone.

“In May, the daily production of new coins will drop by half, and unlike quasi-currency brethren gold, higher prices won’t be an incentive for more supply,” McGlone elaborated.

He added: “Restricted supply means adoption is the metric that matters, and most indications remain positive in an unprecedented environment where virtually every central bank is aggressively adding liquidity.”

What do you think about the price of bitcoin staying above $8,000? Let us know in the comments section below?