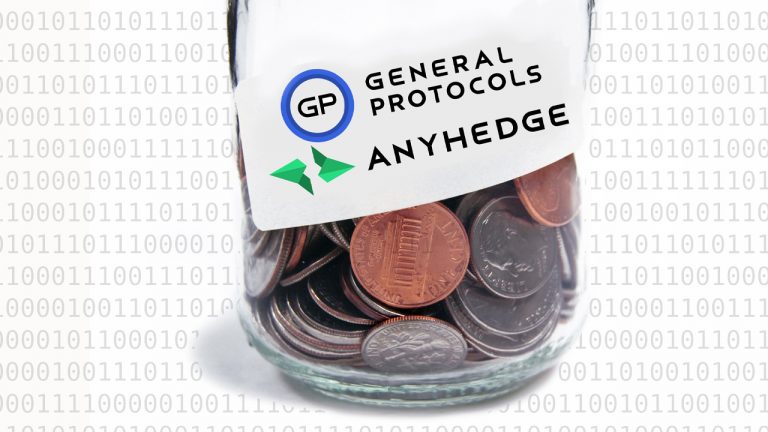 On May 7, the decentralized finance (defi) startup General Protocols revealed the team has raised over $1 million from investors. The creators of General Protocols have introduced innovative projects on the Bitcoin Cash network such as Anyhedge, and have also participated in helping forward the Bitcoin Cash Node (BCHN) project and Flipstarter.cash.

The BCH community was pleased to hear that a startup dedicated to the Bitcoin Cash blockchain and decentralized finance (defi) has raised $1 million this week. The company called, General Protocols, is behind the Anyhedge project which is a blockchain-enforced synthetic derivatives protocol for Bitcoin Cash (BCH). News.Bitcoin.com reported on the project during the first week of April. According to the team’s press release, the latest funding stems from the cryptocurrency trader Marc De Mesel and a variety of other investors. The team is thrilled to get funding to push the startup’s goals forward in order to deliver defi to the BCH community.

“We are delighted that aligned investors are supporting us in our vision to bring defi to Bitcoin Cash,” said John Nieri a.k.a. emergent_reasons, President of General Protocols. “We are building a team of dedicated supporters of peer to peer electronic cash here at General Protocols.”

General Protocols team members helped with the construction of Flipstarter.cash, a noncustodial fundraising platform. Additionally, the startup also volunteered efforts toward the new Bitcoin Cash full node implementation called BCHN. The project Anyhedge aims to be the first defi protocol on any branch of Bitcoin and the platform will launch in cooperation with Cryptophyl’s new noncustodial exchange, Detoken.

Further two former Bitcoin.com team members Marcel Chuo and Rosco Kalis have joined the General Protocols company. Kalis is well known for his work on the Cashscript protocol in order to create a new generation of smart contracts on the Bitcoin Cash network. Chuo will handle business relationships and his background includes global expansion and coordinating with well known tech firms like HTC. During the investment announcement for $1 million into General Protocol’s infrastructure, Kalis said he looks forward to working on the blockchain-enforced synthetic derivatives protocol for Bitcoin Cash.

“I’m excited to be working on Anyhedge with the great team at General Protocols,” Kalis explained during the announcement.

What do you think about the $1 million dollar investment into General Protocols? Let us know in the comments below.