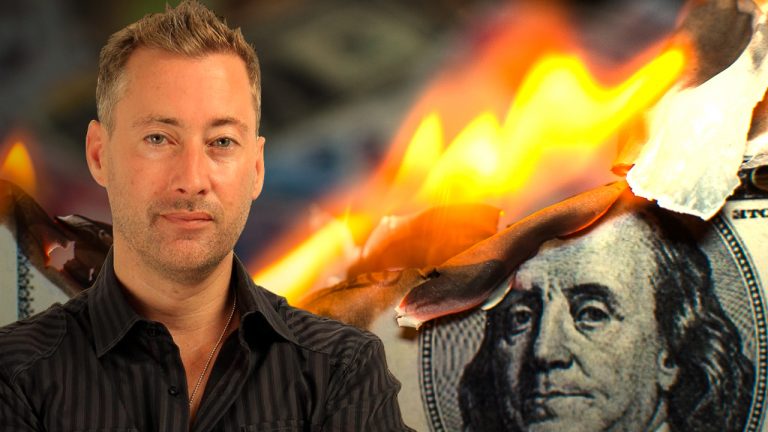 Dollar Vigilante Founder Talks Covid-19 and Economic Crisis: ‘The Modern Financial System Is at the End of It’s Rope’

Jeff Berwick is an entrepreneur with a lot to say these days and he’s released a number of videos discussing the coronavirus pandemic and the government-induced lockdowns. Berwick is the founder of The Dollar Vigilante, an anarcho-capitalist media outlet focusing on gold, silver, mining stocks, cryptocurrencies, and offshore banking. News.Bitcoin.com chatted with Berwick this week in order to get his perspective on the current events tied to the Covid-19 outbreak, the stay-at-home orders, the financial turbulence, and what he envisions will happen next. Berwick chats about precious metals like gold, his thoughts on a few digital assets, and the concept of self-ownership. He believes that humans are faced with a choice — Either continue down the nasty road of manipulation and fraud or break the invisible chains of subordination and authority figures.

Bitcoin.com (BC): Can you tell our readers your thoughts on the Covid-19 pandemic, the government lockdowns, and the media surrounding this event?

Jeff Berwick (JB): To put it bluntly, there is no “pandemic”. Even if you take the numbers given out by the WHO and CDC, which are absolutely not to be trusted, this supposed “pandemic” has fewer hospitalizations and less deaths than even the 2017-2018 flu seen. I’ve been researching and following the activities of what you could call the “elite” or “globalists” for nearly two decades and this has been long planned for as a type of false flag event in order to bring in a dozen or more globalist agendas.

BC: Your recent videos have been raising awareness about certain elements of the pandemic that are not natural. Would you say that the central banks and politicians are in the midst of a financial reset?

When I started The Dollar Vigilante in 2010, I said that “by the end of this decade the financial and monetary system would be in collapse.” I even began predicting last summer when I saw the first signs of it hitting that it would happen in “days, weeks, or months”. The “modern” monetary and financial system has reached the end of their rope. The entire world, whether it be governments, businesses, or individuals are beyond the point of no return in terms of indebtedness. I believe the “pandemic”, which I call a “plandemic” was all a part of collapsing the system and blaming it on anything but the real culprits, governments, and central banks. In many ways, the 2020 crisis is no different from 9/11 which was a pre-orchestrated and planned false flag event to crash the system and bring in a massive reduction in civil liberties that continue on to this day.

BC: Do you think that the lockdown or stay-at-home measures are deliberate in order to halt the economy and the supply chain?

Yes. The Rockefeller Institute, in 2010, after David Rockefeller had met with Bill Gates and George Soros in something they called the “Good Club.” They put out a document called “Lockstep” which outlines using a virus “pandemic” scenario to bring in worldwide totalitarian control, break down the supply chains and essentially bankrupt most of the world and have them all go on Universal Basic Income (UBI) and become not much more than destitute slaves much like in places like Cuba and Venezuela.

BC: If you were to give a timeline in months or years, how long do you think the USD will last as the globally dominant fiat currency?

It’s really just a race to the bottom now for all fiat currencies. Nearly every government in the world is beyond bankrupt and nearly every central bank in the world is counterfeiting up trillions of new fiat currency units at unprecedented rates which all but ensures a total collapse in them all. This too is part of the plan as they intend to destroy nearly every government’s finances and hyperinflate all the currencies in order to bring in a one-world, digital currency which will track, and tax, every single thing that people do with it. As for the timeframe, it depends on a lot of factors.

But we are talking just a few years likely. I see hyperinflation coming to nearly all fiat currencies in the next few years. Hopefully a lot more people begin using cryptocurrencies now. If so, many can avoid the total destruction coming.

BC: Equities, commodities, oil, and many other investments have pretty much crapped the bed or are on life support. However, Bitcoin has done surprisingly well since ‘Black Thursday’ March 12. In fact, it has performed better than any asset or equity since then. Where do you see bitcoin (BTC) going from here price wise or as far as a safe haven asset like gold?

As I said earlier, I was expecting this crisis and had told all our Dollar Vigilante subscribers (you can subscribe here) to expect a crisis of never before seen proportions at any moment now. I also told them to lighten up on our favorites, cryptocurrencies, and precious metals, as I said they would go down in the initial stages of the crisis. I stated in a number of speeches and videos over the last year that I expected bitcoin could hit a bottom near $4,000 during that crisis. And, that is almost exactly where it hit. We then pounded the tables to buy. As you pointed out, it has done incredibly well since and has proven itself as a type of safe-haven asset now. As for where it goes from here? It’ll be volatile but with every central bank printing fiat currency like Zimbabwe now, precious metals and the best cryptocurrencies will skyrocket over the coming months and years in nominal terms and will do very well compared to almost anything else in real terms. 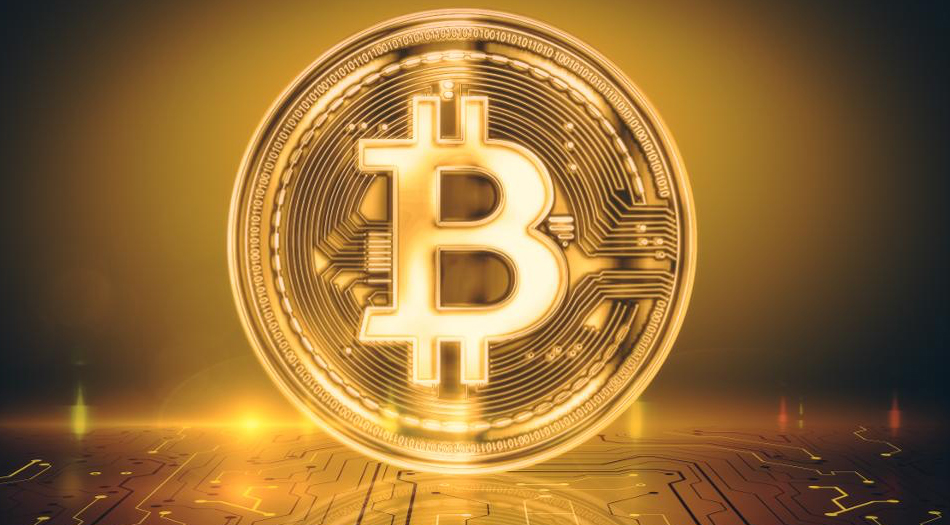 BC: BTC specifically has issues with fees, do you see other bitcoin branches or alternative cryptocurrencies doing well during a global economic depression?

I have been one of Bitcoin Core (BTC’s) biggest critics of the way in which it was so slow to adapt to increased usage, particularly back in 2017 when transaction times would sometimes take days and transaction fees would sometimes be over $100. But, things have improved a lot since then. I have some doubts and issues with Segwit and the Lightning Network but I am waiting to see how that plays out. I’ve said since the original Bitcoin Cash fork to hold on to all your BCH and BSV as well. There are still lots of potential pitfalls with the BTC version of bitcoin but it is by far the most widely used so I am still very bullish on it. I like a lot of the innovation and development I am seeing in BCH and BSV so continue to hold on at least a 1:1 basis with BTC and may even increase that slightly soon.

As for my favorite with the biggest potential reward, it is monero (XMR). As an anarcho-capitalist, I was drawn initially to bitcoin in 2011 as I thought it was quite a private currency. As time went on and as BTC moved even further away from a privacy focus I was thrilled to find out about Monero a few years ago. And, having a crypto team at The Dollar Vigilante and The Crypto Vigilante, they have shown just how incredible of an innovation Monero is for a truly 100% private, untrackable, untraceable currency. And, being at such a low valuation compared to bitcoin right now, I think it has the most potential to have exponential gains.

That said, governments and central banks will try everything they can to stop its usage. But, the great thing is, there isn’t much they can do. And, screw them anyway, they are criminal organizations that need to find their way to the trash heap of history as a very, very, very bad, evil, deadly and stupid idea.

BC: Bank of America and many other estimates predict gold prices per ounce to jump to over $3K per ounce in 2020. Would you agree that gold will see a price increase like this due to the macroeconomic turmoil?

That sounds pretty close to what we expect for this year. Over the next 2-3 years, though, we expect much higher than $5,000. If we go right into hyperinflation, pick any number you want. It won’t mean anything at that point though.

But, I don’t see it rising based on “macroeconomic turmoil”, I see it rising as people flee hyperinflating fiat currencies for something of real value like the precious metals and some cryptocurrencies. 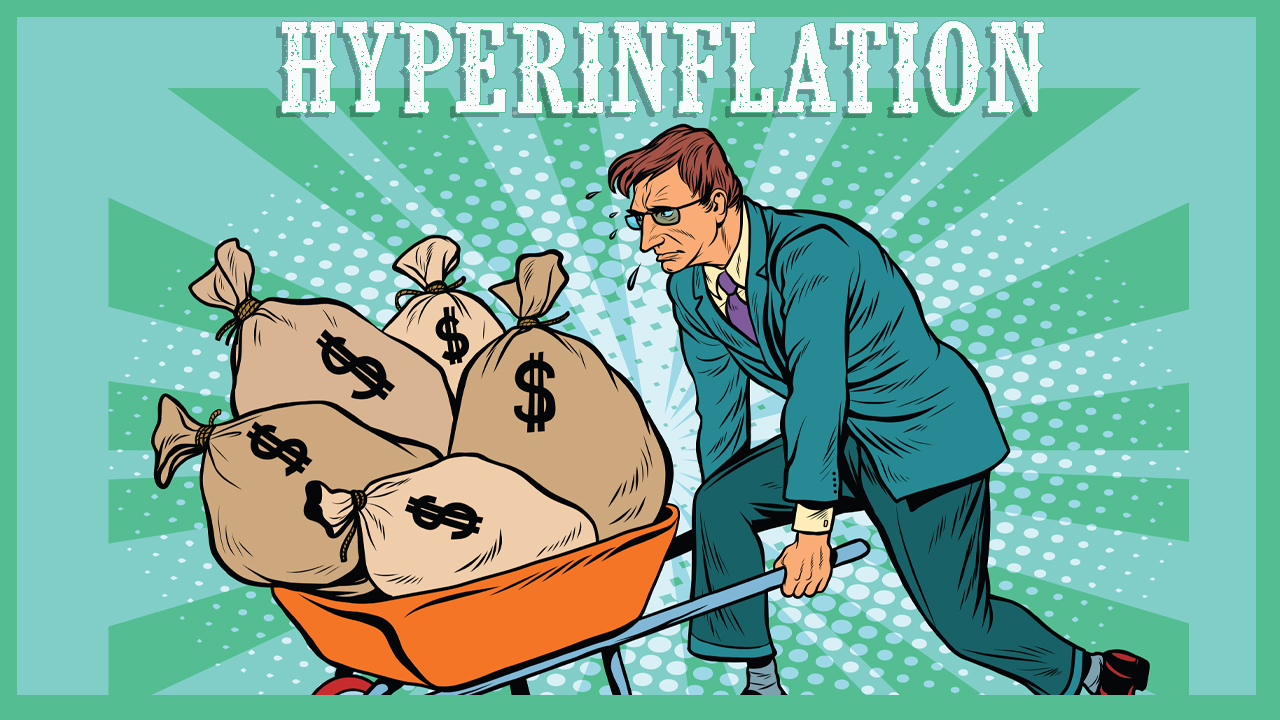 People Should Immediately Walk Away from the Government

BC: Right now businesses are being told not to open and remain on lockdown. Many people think that their freedoms are being taken away as well. What would you tell business owners to do and average citizens who want to protect their freedoms? What should they do?

Governments should not exist. They are an illegitimate criminal organization. Every individual should make their own decisions on their own risks and rewards and act on those. Adhering to anything government tries to force on people using violence is always a horrible idea. As for losing your “freedom”. What freedom? The human race as a whole has never been so enslaved, tracked, and extorted. Your average person now has to ask the government for permission to do just about anything. Drive, fish, cut hair, travel. And, anyone who produces anything has more than half of it stolen by the government.

If people want any chance to have even a sliver of freedom they should immediately walk away from anything related to the government. Don’t vote. Don’t pay extortion fees. Don’t ask for permission to do anything. Nobody owns you but you. If people ever realize that then we will have a world of peace and prosperity like we’ve never known it. If they don’t, we are headed to something even worse than George Orwell imagined. And, he imagined a boot stamping on a human face – forever. It will be worse than that if people don’t wake up.

What do you think about our discussion with Jeff Berwick? Let us know in the comments below.

The post Dollar Vigilante Founder Talks Covid-19 and Economic Crisis: ‘The Modern Financial System Is at the End of It’s Rope’ appeared first on Bitcoin News.