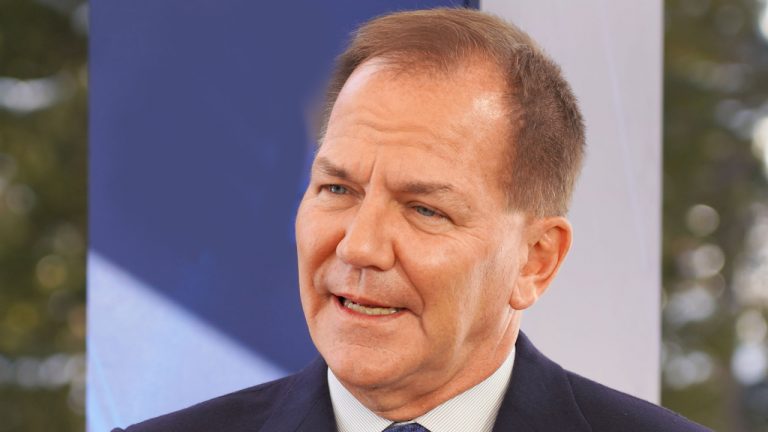 Hedge fund manager and investor, Paul Tudor Jones, discussed his opinion in regard to the crypto asset bitcoin on Thursday, saying that it reminds him of the part gold played back in the ‘70s. Jones also disclosed that his fund Tudor BVI has a percentage of Bitcoin futures products as well, and he believes the cryptocurrency is a hedge against inflation.

Bitcoin: The Fastest Horse In the Stable

This week in a note to investors, the well known hedge fund manager Paul Tudor Jones discussed bitcoin. Jones detailed that he was recently motivated to look into the crypto asset after witnessing the central banks participate in massive quantitative easing tactics and slashing interest rates. Jones has been a popular hedge fund manager for decades making billions of dollars, as the investor is worth about $5.1 billion to-date.

“The best profit-maximizing strategy is to own the fastest horse,” explained Jones, the founder and chief executive officer of Tudor Investment Corp in his note to investors. The hedge fund manager further added:

If I am forced to forecast, my bet is it will be Bitcoin.

Jones has recognized that around 6.6% of the global GDP has been created out of thin air since the beginning of February. “It has happened globally with such speed that even a market veteran like myself was left speechless,” Jones detailed. “We are witnessing the ‘Great Monetary Inflation’ — an unprecedented expansion of every form of money, unlike anything the developed world has ever seen.” When asked what he would use for a hedge against the monetary inflation he looked at assets like gold, Treasuries, and certain commodities, but stressed there is a “growing role for bitcoin.”

Jones further talked about the acceleration of the post-Covid-19 economy and how the Fed’s financial bazookas haven’t helped the situation. “How reasonable is it to expect that in the recovery phase the Fed will be able to deliver an increase in interest rates of a magnitude sufficient to suck back the money it so easily printed during the downswing?” Jones asked in his note.

“I am not a hard-money nor a crypto nut — [But] the most compelling argument for owning Bitcoin is the coming digitization of currency everywhere, accelerated by Covid-19.” Jones words in his investors note concluded by saying:

Bitcoin reminds me of gold when I first got into the business in 1976.

BTC has been on a tear since the big drop in value on March 12, 2020 dropping to $3,600 per coin. The crypto asset is up well over 170% since then and touched a high of over $10K per unit on May 7. Despite the significant gains so far, many speculators are curious about the bitcoin halving that will take place three days from now on or around May 12, 2020.

What do you think about Paul Tudor Jones’s opinion concerning bitcoin? Let us know in the comments below.