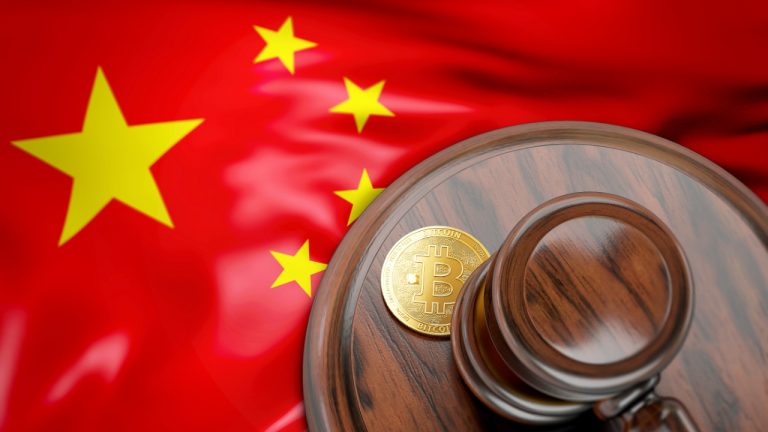 A court in Shanghai, China, has reportedly ruled that bitcoin is an asset protected by Chinese law in a case that has dragged on for years. The case involves a theft of two different cryptocurrencies, one being bitcoin, from an American. The defendants argued that bitcoin was not recognized under Chinese law; the court disagreed, citing documents by the central bank, the People’s Bank of China (PBOC).

In China, Bitcoin Is Asset Protected by Law

Shanghai No.1 Intermediate People’s Court has reportedly ruled on a bitcoin case that has dragged on for multiple years, Chinese media reported on Thursday. The case involved three Chinese and a Malaysian who broke into the home of an American and his Chinese wife on the night of June 12, 2018, East China daily media Shine detailed. After locking the couple up and beating them, the intruders forced them to transfer 18.88 bitcoins and 6,466 skycoins to their account.

The first hearing of this case found that there was an economic dispute and the perpetrators were sentenced to prison for six and a half months to eight months. The defendants agreed to give all the skycoins back but not bitcoins, arguing that cryptocurrencies were not assets under Chinese law so the couple did not have the right to demand them back. The court disagreed and ordered them to return all the cryptocurrencies they took from the couple or pay them what the coins were worth. When the couple received neither the bitcoins nor the equivalent funds, they filed a lawsuit.

The four defendants appealed, reiterating that cryptocurrencies, including bitcoin and skycoin, were not legal property under Chinese law. However, Shine news outlet reported on Thursday that the Shanghai court has ordered them to return the coins, adding:

The court found bitcoin to be a digital asset that should be protected by law.

Liu Jiang, the chief judge in the case, explained that the documents released by the central bank, the People’s Bank of China (PBOC), have never denied bitcoin as an asset and the laws in China do not prohibit citizens from holding them.

What do you think about Chinese courts’ rulings on bitcoin? Let us know in the comments section below.