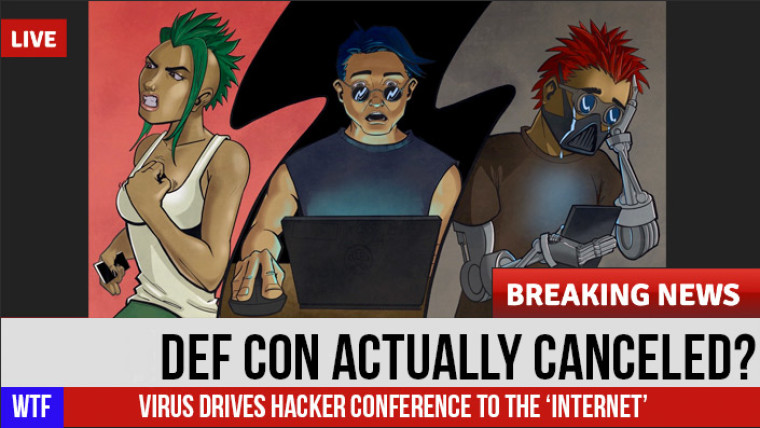 Another annual conference has, yet again, been cancelled due to the worldwide pandemic of the novel coronavirus. Just a few hours ago, an official announcement was made by the organizers of the annual hacking conference DEF CON that the event will not be taking place in Las Vegas as originally planned.

The yearly hacking convention was scheduled to take place from August 6 to 9 in Las Vegas, Nevada later on this year. Instead of the pre-planned physical event, DEF CON 2020 will be taking place virtually on Discord from August 7 to 9, 2020.

The creator of the hacking event, Jeff Moss – also known as his online pseudonym ‘Dark Tangent’ – took to the DEF CON forum to explain how the conference would be held this year:

“Even though our in-person Las Vegas event is canceled, we will run DEF CON 28 Safe Mode August 7-9 (Friday through Sunday) with 101 orientation Thursday – all of it remote. We will use the DEF CON Forums to coordinate all the various ways you to participate. That is where everyone can announce their plans, do signups, post pictures and videos and get people involved.

Then on August 6th we will open the DEF CON discord.io/dc server up for everyone to join and start their con experience!

Expect events like a new on-line Mystery Challenge, a DEF CON is Canceled music album, remote CTFs like the DEF CON CTF and Hack-a-Sat, villages like Aerospace, Packet Hacking, and Red Team Village, and contests like the TeleChallenge, Ham Exams, and more. We are also planning a remote movie night and drink-up.

There are too many different platforms for “one size fits all” so instead of us picking a winner we will act as the coordinator pointing everyone where to go with a planning calendar, links, descriptions, and music.”

He went on to reassure fans that next year’s DEF CON conference would not suffer and has already been finalised to take place from August 5 to 8, 2021. Those interested in attending will be pleased to know that room bookings for DEF CON 2021 are already open.