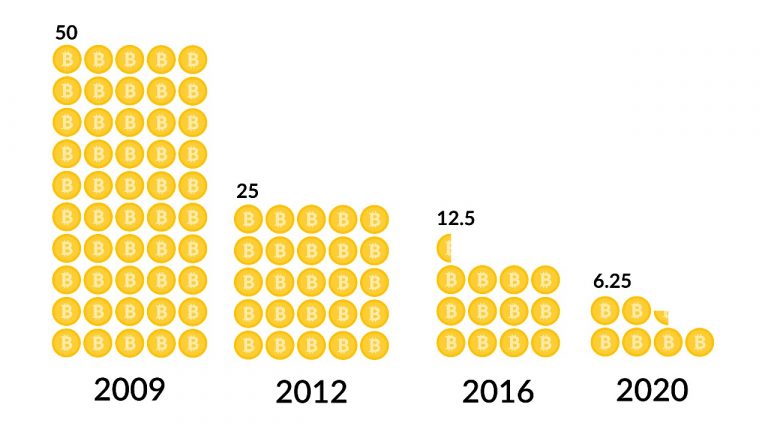 The Bitcoin blockchain has experienced its third block reward halving on May 11, 2020, at approximately 3:21 p.m EST, even though quite a few countdown clocks estimated that the halving would occur on May 12. Bitcoin miners now get 6.25 BTC per block rather than the 12.5 BTC they acquired before the halving.

On Sunday, news.Bitcoin.com reported on the bitcoin halving that was expected to happen on May 12, 2020, but due to the speed of the network, it happened to take place on May 11 instead. At the time of publication, BTC’s hashrate is around 120 exahash per second (EH/s) and the price has been hovering in the mid-$8K range (between $8,300-8,700) per coin all day long.

The halving means no matter how miners feel about it, the reward (revenue) they get per block will be chopped in half. In our previous article, it was mentioned that there were three key data points to watch leading up to the halving which include; countdown clocks, the overall hashrate, and the price per BTC. Now that the halving is over and block 630,000 has been mined, the last two key data points will still be watched with great interest. One could also add that BTC’s network difficulty will be another statistic to watch during the days and weeks after the reward cut.

Observers can watch BTC’s price using markets.Bitcoin.com, as well as observe BTC’s network hashrate via charts.Bitcoin.com. Both of these resources are updated every day in real-time and people can observe the network difficulty as well. The data and analysis web portal Coin Dance, which covers all three Bitcoin-based branches (BTC, BCH, and BSV), is also a great resource to use if you are watching the network’s activities after the halving. Satoshi’s halving code also changes BTC issuance and inflation rate and people can also monitor the inflation rate per annum using charts.Bitcoin.com’s data. 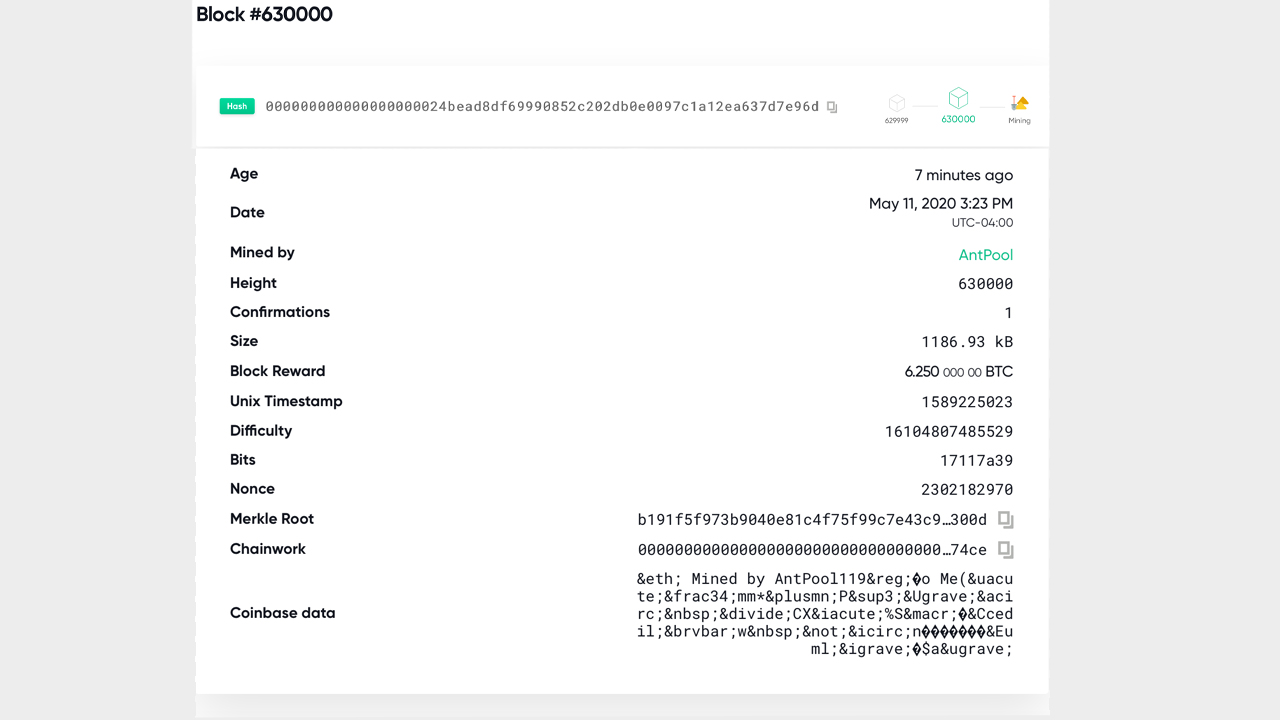 As far as halving price speculation and discussions, well you can find that kind of stuff all over social media and crypto-related forums. The truth of the matter is no one knows what will happen after the halving and the weeks and months that follow. Watching the price, difficulty, and overall hashrate will give spectators a better glimpse of the halvings effects. No matter what happens, cryptocurrency advocates know there is never a dull day in bitcoin-land and the reward halving just adds more fuel to the excitement and speculators’ wild theories too.

What do you think about the third BTC block reward halving? Let us know in the comments below.