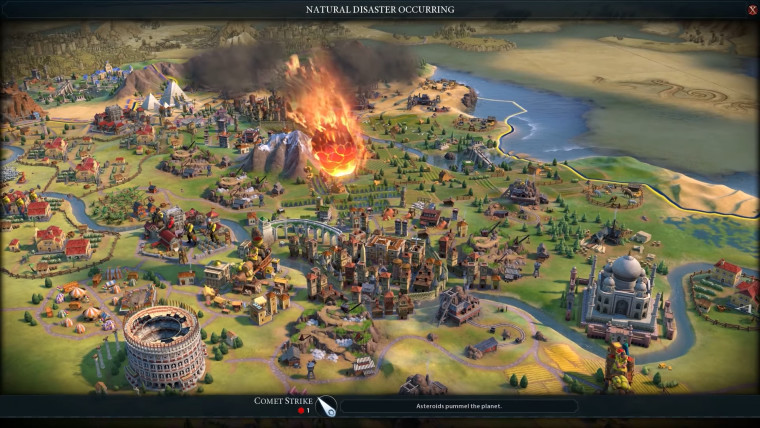 Almost four years after Civilization VI’s release, Firaxis Games is bringing in a new season pass for the game. Dubbed the New Frontier Pass, it is bringing a year of new content to the massively popular 4X strategy title through six add-on packs that will release in a bi-monthly schedule.

The New Frontier Pass will cost $39.99, but every add-on pack will be available for purchase individually as well with varying prices. In total, they will bring in eight new civilizations, nine new leaders, six new game modes, as well as fresh city-states, resources, natural wonders, districts, and more. Here’s what each month’s pack will offer:

**New game mode requires either the Rise and Fall or Gathering Storm expansions to play.

Firaxis is enticing players to purchase the complete New Frontier Pass instead of individual packs with a couple of exclusive Persona Packs. Teddy Roosevelt and Catherine De Medici will be transformed to Rough Rider Teddy and Magnificence Catherine, respectively, giving the duo new models, backgrounds, gameplay bonuses, as well as new agendas.

Aside from the six premium DLC, Firaxis will also be delivering six free updates to the title to regular owners of Civilization VI. The studio didn’t go into detail regarding these updates, only saying that they will carry balance changes, new content, and “other surprises”, releasing in between the add-on packs.

The Civilization VI: New Frontier Pass and free updates will be available on Windows, macOS, Linux, Xbox One, PlayStation 4, and Nintendo Switch starting May 21. Mobile players can expect to see these releases later this year.