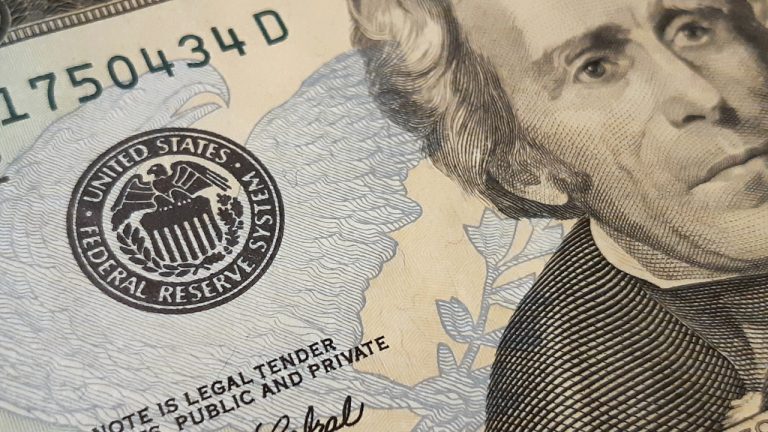 Buying Corporate Bonds and ETFs: US Federal Reserve Continues to Bailout ‘Too Big to Fail’

The U.S. Federal Reserve has continued its schemes of monetary easing and funding a number of private banks during the Covid-19 outbreak. On Monday evening, the Fed revealed it would be buying corporate bonds and exchange-traded funds using the entity’s Secondary Market Corporate Credit Facility (SMCCF). Additionally, financial analysts from Wall Street on Parade have continued to expose the Fed’s tactics. The investigative journalists note that the American populace needs to know: “[The Fed must be] stripped of its ability to bail out the trading firms on Wall Street.”

The Federal Reserve is more powerful than ever before. For the past two months, the U.S. central bank and many other foreign central banks have used Covid-19 as an excuse. The Fed has created trillions for Wall Street and corporate executives, while at the same time putting U.S. citizens in debt forever. There is vast amounts of historical evidence that shows modern central bankers have been colluding since the early 1900s and devastated the American economy in the ‘20s, ‘30s, mid-’80s, 2007 through 2010. Alongside most recent economic disaster as well. Despite this history, the American populace is still not aware of how criminal the Fed has become. Wall Street on Parade columnists Pam Martens and Russ Martens detailed that Americans must do something to fix the situation soon. The financial researchers explained:

Even though a lot of reports, including a myriad of editorials and investigations from news.Bitcoin.com, show that the Fed is not acting in the best interest of the people, the average citizen doesn’t know what to do about it.

While adding more insult to injury, after creating $6.6 trillion before the first U.S. Covid-19 death, $2 trillion for the CARES Act, and the Treasury borrowing $3 trillion, the Fed now plans to purchase corporate bonds and exchange-traded funds from it’s Wall Street pals. On Monday evening on May 11, the New York Fed wrote:

The two Wall Street on Parade columnists explain that the U.S. central bank is letting financial incumbents run amok, even if they commit fraudulent acts. “Just last year, multiple traders at JPMorgan Chase were criminally charged by the U.S. Department of Justice with turning the precious metals desk at the bank into a racketeering enterprise,” the Martens detailed. “They were charged under the RICO statute, one that is typically reserved for charging members of organized crime. Bloomberg News has since reported that the bank itself is under a criminal investigation in that matter. Despite this outrageous history, the Fed has allowed Dimon to remain at the helm of the bank and it has also allowed the bank to open more bank branches and balloon its assets” the columnists’ added. 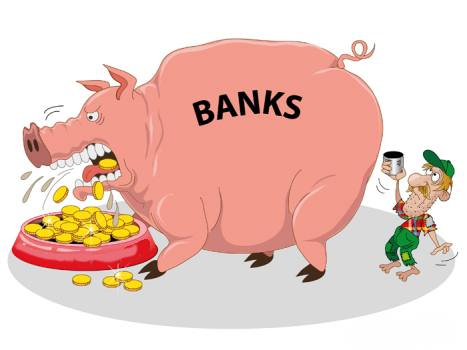 Making matters worse, the new program that allows the SMCCF to buy corporate bonds and ETFs, is being managed by Blackrock. Already corporate entities are lining up for money like junkies as Paypal, the food firm Mondelez, and the tobacco company Altria have all been issuing bonds. The nationalization and cronyism between the Fed, American banks, corporate America, and politicians are making private investors worried.

“We are all government-sponsored enterprises now,” Scott Minerd of Guggenheim Investments said on Tuesday. “At the margin, some questionable credits will not only have a lower risk of default, but they will also have a lower risk of downgrade and pay lower rates of interest,” Minerd added.

Many sound money advocates and bitcoin supporters believe the Fed should be abolished, and a slew of people believe cryptocurrencies can disrupt modern central banking. Unfortunately, the American citizenry and even global citizens believe that central banks play an important role. The very first central bank started in Spain back in 1401. Years later, after the creation of Sweden’s Riksbank and the 1844 with the Bank Charter Act, central banks have ravaged the global economy by producing wreckless “busts and booms.” The Fed’s job is supposed to keep prices stable and attempt to keep unemployment low at all costs, but the entity has failed miserably. They are also supposed to make sure the country’s banking system is sound but instead, they have bailed out ‘too big to fail’ every time.

Lastly, the Fed is also supposed to stabilize the economy if there is a crisis and so far, even with all the financial bazookas, they are failing on that end too. In contrast, the mathematical and probable system Satoshi Nakamoto created dropped it’s per annum inflation rate from 3.6% to 1.8%, after the third halving. Even though the Fed has created trillions of dollars for its buddies, many believe the Fed will push benchmark interest rates below zero soon. Meanwhile, as Jamie Dimon and the rest of the Wall Street execs are happy as pigs in a slop-house, the American populace is facing one of the worst economic situations since the Great Depression.

What do you think about the Fed buying corporate bonds and ETFs? Let us know in the comments below.

The post Buying Corporate Bonds and ETFs: US Federal Reserve Continues to Bailout ‘Too Big to Fail’ appeared first on Bitcoin News.