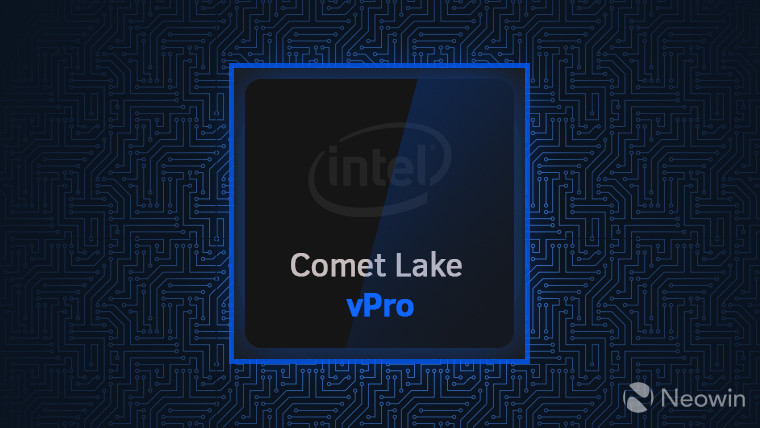 Today, Intel finally announced its 10th-generation vPro lineup of processors. PCs with the new CPUs have actually been announced as far back as CES, with Lenovo’s new ThinkPads and HP’s new Elite Dragonfly. But that entire Comet Lake vPro CPU lineup is here, including both mobile and desktop. 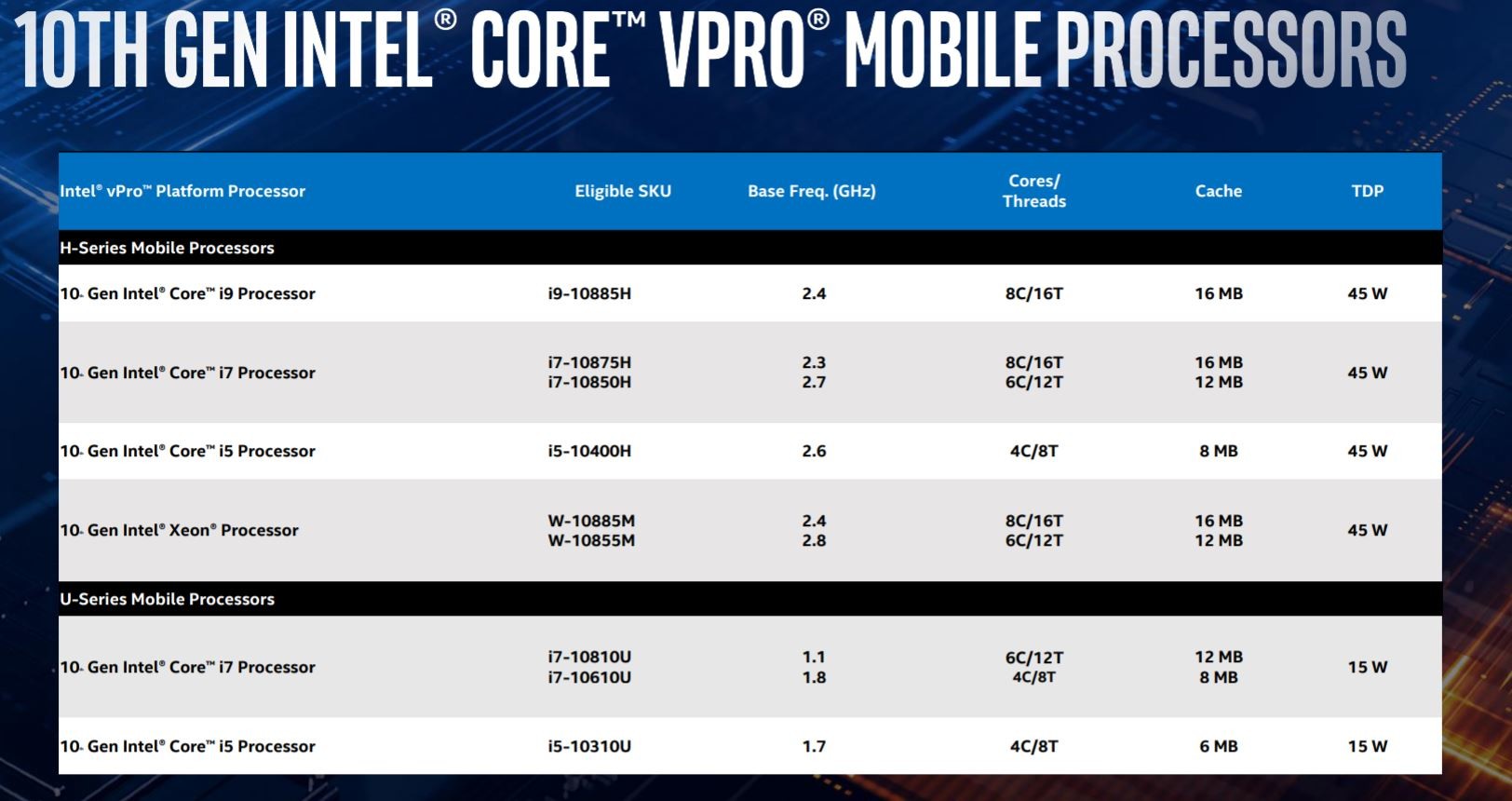 One major improvement in this year’s vPro lineup is new features for Intel Hardware Shield. Intel says that it locks down critical resources in the hardware, and it can prevent an attack on something like the BIOS. Intel Transparency Supply Chain can also help to confirm the authenticity of components in your PC. 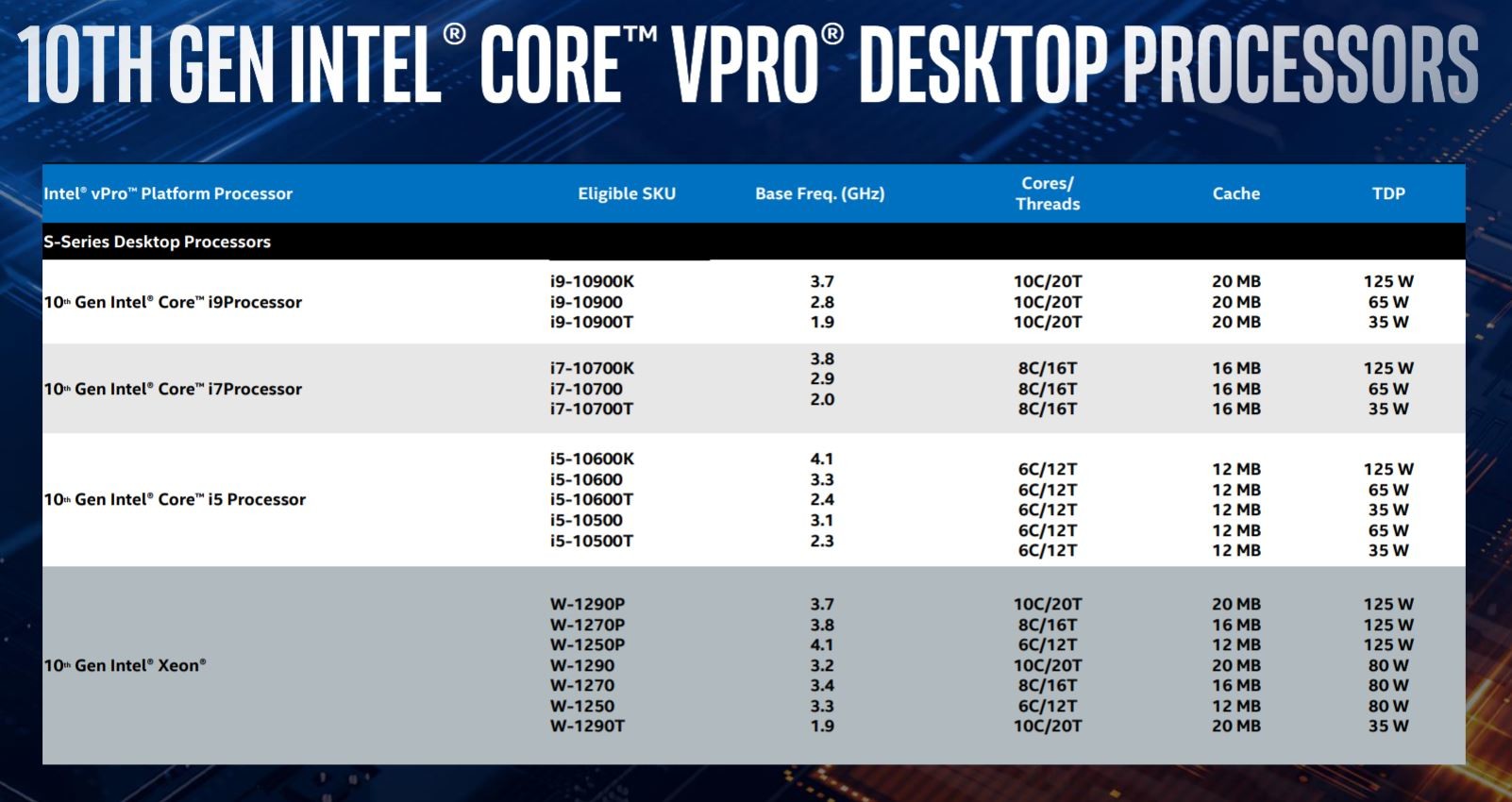 Obviously, performance is another thing that Intel is boasting, even though this part really isn’t new, since we’ve heard all about Comet Lake by now. These chips are 40% faster in application performance and 36% better in office productivity when compared with a three-year-old laptop, and 44% faster compared to a five-year-old desktop.

As usual, Wi-Fi 6 is included, and while that might seem common if you follow Intel processors, this is a major new feature for those upgrading from an older PC. Wi-Fi 6 can provide gigabit speeds, overall faster performance, and more.

As you can see from the images, this is the complete vPro lineup. It includes the 15W U-series and 45W H-series on mobile, and it includes Comet Lake S and Xeon on desktop. PCs with these new processors should start shipping soon; after all, they’ve been announced for long enough.