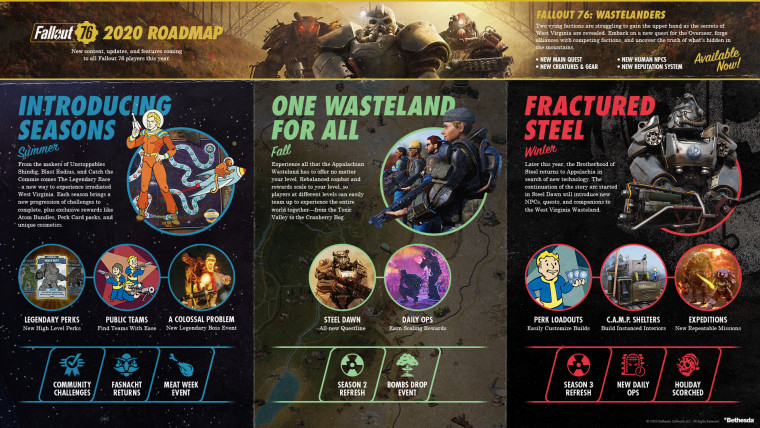 Now that Bethesda has delivered the massive Wastelanders update to its multiplayer RPG Fallout 76, bringing human NPCs, new questlines, companions, factions, and more, the studio has revealed what it plans to bring to the game during the rest of 2020. On the timetable is a progression system overhaul, Brotherhood of Steel quests, and more.

Seasons is the new progression system that will be implemented, a sort of battle pass that rewards players for completing challenges. The current daily and weekly Challenges will still be available, but they won’t give out Atoms anymore, the premium currency of Fallout 76. Instead, players will be earning S.C.O.R.E. points as they rank up their “Season” to level 100, with each rank giving out various rewards like outfits, weapon skins, C.A.M.P. items, Atoms, and others.

Progressing through the ranks using the Atom premium currency is also possible, though only two weeks after a Season has kicked off. Bethesda specifically states in the announcement that Fallout 76 players will be able to get the “inaugural Summer Season for free”, so it’s unclear if any future Seasons will be free or have a premium element attached to it. The company may fold a premium Season into the benefits received by Fallout 1st subscription holders, which is currently used primarily for private worlds. 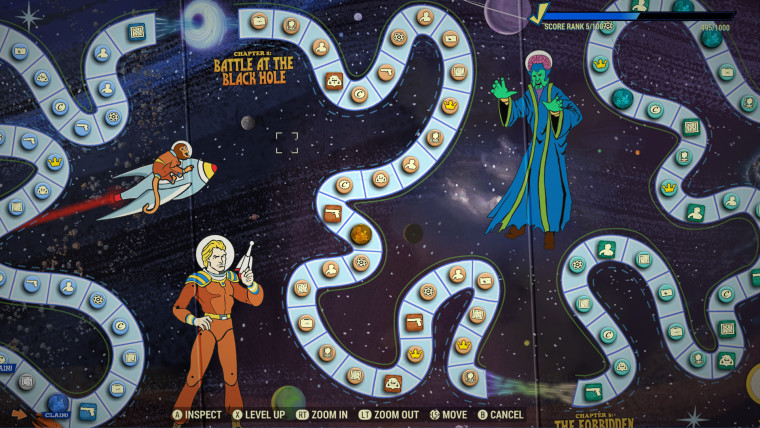 The first Season will arrive with Fallout 76 Update 20 in the summer, which will be followed by a combat and loot rebalance update to make group sessions easier. However, it is during the winter of 2020 that players will see The Brotherhood of Steel returning to Appalachia, featuring new questlines, as well as even more NPCs and companions.

Bethesda is currently hosting a free weekend of Fallout 76 across all platforms, letting PC, Xbox One, and PlayStation 4 players try out the complete online RPG experience until May 18. Xbox Live Gold or PlayStation Plus are requirements for console players, however.