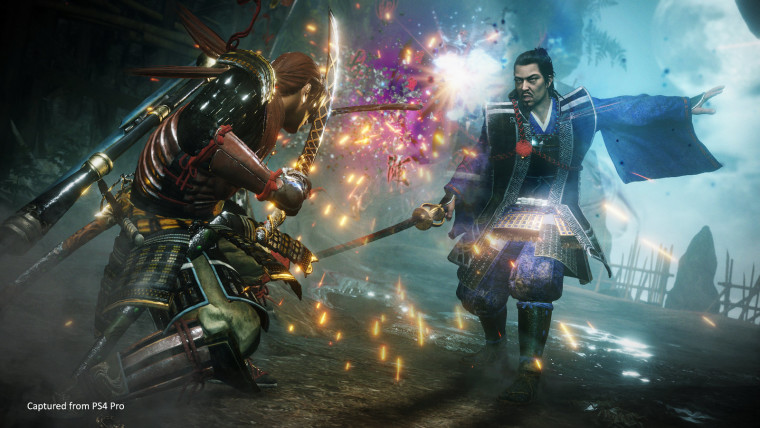 It has been just a few months since the sequel to Team Ninja’s Nioh made its debut on Sony’s PlayStation 4 platform. Today, the Japanese developer announced an upcoming pack of DLCs for the game, starting with The Tengu’s Disciple, due out July 30, 2020.

Creative director Tom Lee explained that Team Ninja has a trio of DLCs lined up for Nioh 2, with The Tengu’s Disciple being the first to be released, and the other two scheduled for launch over ‘the next several months’. He also detailed what these expansion packs will actually contain and add to the game.

Here is a summary of the storyline for The Tengu’s Disciple provided in the announcing blog post:

“A great battle has taken place at Yashima in the late Heian period. As a visitor in Yashima, our protagonist finds a shrine possessing a mysterious whistle called the Sohayamaru. Upon inspection, the whistle shines radiantly as the shadow of Yokai can be seen lurking in the background. It is revealed that whenever wars take place, heroes wielding the Sohayamaru will head into battle in order to restore peace back into this land.”

Players who purchase The Tengu’s Disciple will get to enjoy in-game items as well as additional chapters which add to the overall storyline of the game. Apart from the new chapters, new content in the DLC includes new armor, difficulty levels, skills, bosses, yokai, Guardian Spirits, and a weapon for players to fight with.

In addition to the announcement of the three DLCs planned for Nioh 2, a Photo Mode was also revealed along with nine new missions for the action RPG title as part of an update which started rolling out today. Photo Mode features new camera settings for players, allowing them to toggle exposure, lighting, gradation, dramatic filters and other options.

Team Ninja has promised that further information about The Tengu’s Disciple will be revealed in the coming months. It can be expected that details about the other two DLCs scheduled to be released in the future will be made available around the same time, or perhaps a little after.