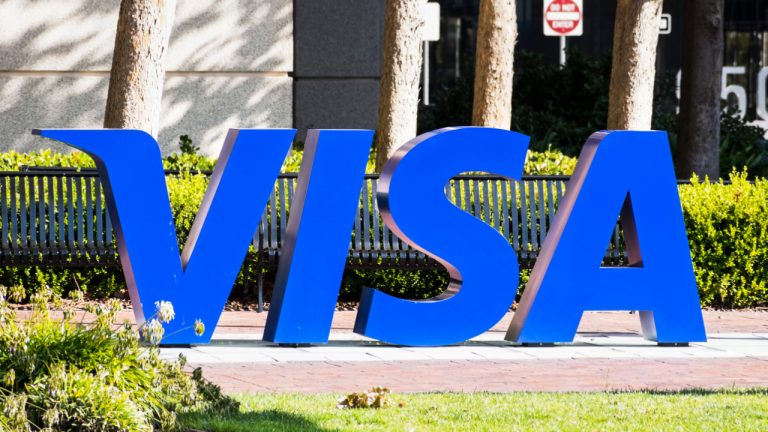 Visa International has filed for a cryptocurrency system patent that is meant to replace physical currency. The system, which utilizes both central banks and commercial banks, leverages a private blockchain to improve the payment ecosystem.

The filing is for a fiat-linked cryptocurrency system using “a private permissioned distributed ledger platform.” It describes a central computer, its responsibilities, and key roles of the system: central entities, validating entities, redeeming entities, and users. “A central entity may be a central bank, which regulates a monetary supply,” the document details. Validating entities “are blockchain nodes, which may be peers such as banks.” Redeeming entities “may accept physical currency for exchange for digital fiat currency,” such as an ATM or a bank branch location.

The central entity computer generates the digital currency that is recorded on a blockchain and “may determine that a particular digital currency unit should be added to or removed from the blockchain.” According to the filing’s abstract:

The central entity computer causes removal of the physical currency from circulation in a fiat currency system.

A Visa spokesperson was quoted by Forbes on Thursday as saying: “Each year we seek patents for hundreds of new ideas … While not all patents will result in new products or features, Visa respects intellectual property and we are actively working to protect our ecosystem, our innovations and the Visa brand.” Commenting on Visa’s cryptocurrency patent filing, lawyer Jake Chervinsky tweeted:

You can’t patent something you didn’t invent or that isn’t new, so Visa’s patent application has to be so narrow that even if it issues, it won’t be much use even if it was enforceable. Finance incumbents won’t be able to use patent law to stop the crypto industry.

What do you think about Visa’s crypto patent filing? Let us know in the comments section below.