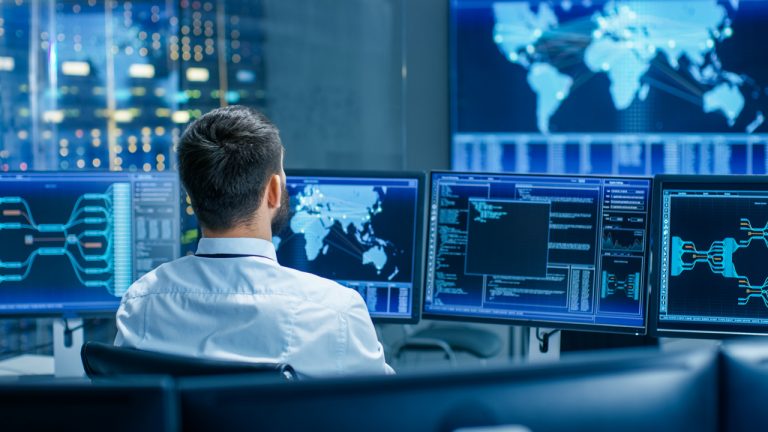 During the last few years, blockchain surveillance has increased a great deal and in the early days around 2013-14, there were only a handful of firms. Now there are more than 20 blockchain analysis companies that monitor addresses, transactions, and making sure addresses are AML/CFT compliant as well.

The Rise of Blockchain Analysis Ventures

In the early days before 2013-14, bitcoiners and cryptocurrency users didn’t really hear about blockchain surveillance. Nowadays, there’s a large slew of companies offering services like analytics, monitoring, and identifying blockchain codebase vulnerabilities. A number of firms have worked with law enforcement in the U.S. and also have contracts with groups like Europol as well. At the time of publication, there are more than 20 different blockchain intelligence businesses that work within the cryptocurrency ecosystem. Some of them are well known firms like Cyphertrace, Chainalysis, and Elliptic. Other platforms are offered by Alethio, Bison Trails, Blockpit, Blockmonitor, Bloxy, Postchain, Scoreshain, Sixgill, Tibco, Credits, Crystal Blockchain, Dune analytics, Madana, Bitrank, and Ocyan are lesser-known operations.

A few of these startups have dedicated their business models to blockchain surveillance and monitoring a great number of different networks. In October 2019, Chainalysis detailed it was monitoring 21 different tokens that stem from Ethereum. That same month, the firm Ciphertrace revealed it is tracking 700 cryptocurrencies providing “visibility into 87% of the global trading volume.” Many of these companies put out research reports on the data they discover during exchange hack investigations and other types of crypto scams. Elliptic became well known A slew of blockchain surveillance firms published data after the massive Plus Token scam last year.

How Accurate Are These Distributed Ledger Monitoring Platforms?

But skeptics often wonder how good these monitoring applications are, and how they deal with coins that have been mixed using the coinjoin process. News.Bitcoin.com recently discovered a platform called Bitrank, a project that allows people to simply copy and paste a BTC or ETH address, in order to check to see if the address follows AML/CFT compliance. Bitrank’s website says it is simple to use and “easy to understand” if people are interested in “Bitcoin address reports for AML/CFT compliance.” The company also says if you run a crypto business you should leverage the platform’s Risk Scoring. However, news.Bitcoin.com tested Bitrank’s platform and found a few discrepancies.

For instance, on May 15 our newsdesk pasted a well known legacy BTC address that is allegedly tethered to the Plus Token scam. On February 11, the Plus Token Ponzi scammers moved 12,000 BTC from one wallet to another. The address and some of the other addresses are flagged on a variety of blockchain explorers as well. That address using the Bitrank application gave a Risk Score of 52 or “acceptable.” Other addresses tied to the same address also came up with the same score and it were deemed “acceptable,” according to Bitrank’s service. After that our newsdesk found another discrepancy, we then pasted an address used by a known mining pool. 1KFHE7w8B… had seen a total of 4,968,400 BTC deposited into the address to-date. This particular address Bitrank flagged as “high risk” with a Risk Score of 18.

It’s likely considered risky because the address has seen close to 5 million BTC since it was created. According to Bitrank, it explains that the addresses Risk Assessment shows it is involved with an exchange, input over 10K, exchange client, darknet deposit, Binance client withdrawal, Bittrex client withdrawal, seen on Paste Bin, seen on a darknet forum, and seen on a darknet listing. The address associated with the 12,000 BTC used by the Plus Token scammers shows no Risk Assessment data from Bitrank. The creators of the platform may know about the discrepancies, and the website says scoring results will be improved soon.

“In the coming weeks, Blockchain Intelligence Group will be implementing some significant enhancements to Bitrank with a number of refinements to both Bitcoin and Ethereum scoring results,” the website details.

With more than 20 blockchain analysis firms monitoring blockchains and even reporting to law enforcement, it shows the practice is popular. However, if certain businesses are using blockchain analysis tools regularly, they may find some irregular reporting and inaccurate information. Many of these services offer APIs and platforms for paid clients and interested customers might want to research these platforms for any known issues. Blockchain surveillance has become very lucrative for a number of these companies, as governments across the globe have hired these firms for investigations and intelligence reports. It’s likely that as the crypto economy continues to see relentless growth, these distributed ledger investigators will continue to increase.

What do you think about the fact there are over 20 blockchain surveillance firms in 2020? Let us know your thoughts in the comments below.