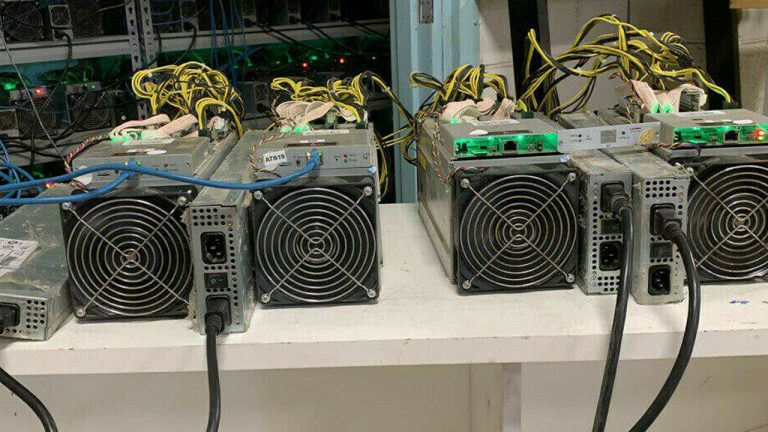 45 Older-Generation Bitcoin Miners Are Unprofitable After the Reward Halving

On May 11, the Bitcoin network experienced its third block reward halving, which had chopped the 12.5 BTC reward to 6.25 coins following the event. It’s been close to a week later, and data stemming from mining rig profitability websites show that more than 45 older generation devices are not profitable right now at today’s bitcoin exchange rates.

After May 11, Many Older-Generation Bitcoin Mining Rigs Bit the Dust

Recent research analysis by 8btc columnist Vincent He and the cryptocurrency mining operation F2pool, indicates that roughly 45 older mining devices have been shut down overnight since the reward halving. Statistics from the web portal Asicminervalue.com, also indicate that the estimate of 45 miners is based on the electrical price of 0.35 Chinese yuan per kilowatt-hour (kWh) or $0.049 USD.

The best mining device out of the entire slew of ‘unprofitable’ mining rigs would be Bitmain’s Antminer S11 (20.5 TH/s), which still loses $0.09 per day at $0.049 per kWh. Other machines that are not making profits at this rate, include the Bitfury Tardis, Antminer S9 SE, GMO Miner B2, Innosilicon T2 Turbo, Bitfily Snow Panther B1, Canaan Avalonminer 921, and the popular Antminer S9. Data shows that at $0.049 per kWh, Bitfury’s B8 released in 2017 with 49 TH/s, suffers a deep loss of more than $3 a day.

Now, only when the price of the bitcoin rises to $15,000, can Antminer S9 cover the cost. In the past, even if there were a mining disaster and the price dump of the mining machine, someone would still buy S9. Most of the recipients are the owners of large mining farms. When the bitcoin price recovers, they can mine it by themselves or sell it to others to earn the difference.

After the Popular Mining Rig Once Powered 70% of the Bitcoin Hashrate, Antminer S9 Series Becomes a Hard Sell

Two days ago, the crypto community finally could observe the loss of SHA256 hashrate that followed the reward halving on May 11. On May 11, the overall BTC hashrate was 121 exahash per second (EH/s) and on May 15, 2020, the overall hashrate is around 110 EH/s. However, statistics from Fork.lol’s 12-hour intervals show the hashpower could be even lower than that today. These statistics would indicate that a number of operations that leverage older-generation mining rigs, likely fell off the map.

Now everyone knows that in places like China, Central Asia, and Iran, some miners can get free electricity or pay as little as $0.02 per kWh. So taking metrics from Asicminervalue.com and changing the electrical cost to $0.02 per kWh, indicates that only eight mining rigs are unprofitable at that energy rate. Mining rigs that cannot profit at 2 cents per kWh include the Whatsminer M3X, Avalonminer 741, Whatsminer M3, Antminer S7-LN, Antminer S3, Antminer V9, Antminer S7, and the Antminer S5. These eight machines are losing anywhere between $0.09 to $0.19 per day respectively at current BTC exchange rates.

Vincent He’s report also notes that the well known Antminer S9 had also dropped in value on secondary markets almost overnight. The Chinese reporter claims that $100 has been removed from most people’s listings and an older generation Antminer S9 will sell for 100 Chinese yuan (about $14). Years ago, the S9s with 13 TH/s or above accounted for more than 70% of the SHA256 hashrate. The report also highlights that a mining operation owner from the Sichuan province sold his small farm with 8,000 mining rigs and six transformers roughly seven days prior to the halving event. The 8,000 mining rig farm owner, Zhou Wenbo, told the columnist that the buyer was not willing to take his older generation Antminer S9s, Avalonminers, and Innosilicon Terminator 2 machines.

What do you think about the large number of unprofitable older generation miners? Let us know in the comments below.

The post 45 Older-Generation Bitcoin Miners Are Unprofitable After the Reward Halving appeared first on Bitcoin News.