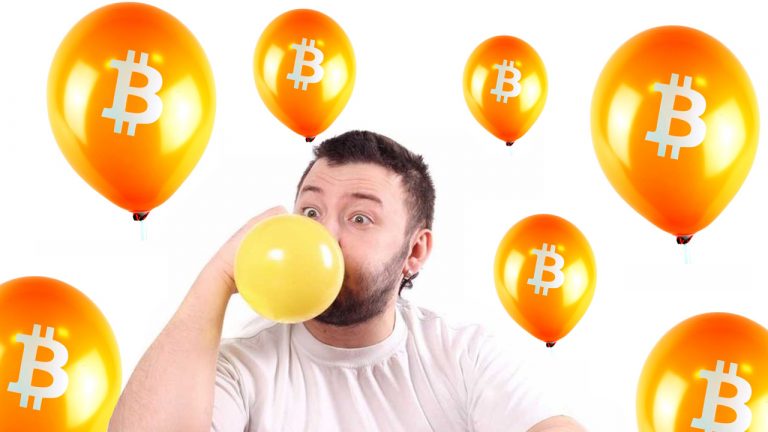 In mid-April, news.Bitcoin.com researched the popular stock-to-flow (S2F), which shows the price of a single bitcoin reaching $55K and even six figures. At the time, analysts questioned measuring bitcoin’s price in this manner and more recently, a few others have been criticizing the method as well. Just recently, a research report written by the author Francis Tapon finds eight flaws in bitcoin’s S2F model. Additionally, the well known crypto proponent Eric Wall has shown criticism toward Plan B’s S2F tweets as well.

For well over a year now, crypto advocates have discussed the popular editorial called “Modeling Bitcoin’s Value with Scarcity” written by the Twitter account Plan B. The report has caught the attention of the community for quite some time. This is because it predicts the price of a single BTC will be at least $55,000 or even $150,000 in the future. Certain types of crypto proponents love the research and stock-to-flow (S2F) models, but skeptics believe it’s because it may pad their bullish confirmation bias that someday BTC will be worth tens of thousands and even hundreds of thousands at some point in time.

Beauty is that change in S2F is proportional to change in BTC Market Value (d_MV=d_S2F^4.1)🔥 pic.twitter.com/jdM8kBFMdj

Basically, the S2F ratio divides abundance with demand by treating bitcoin like commodities such as gold or platinum. This means any analyst can use the model to evaluate the current number of bitcoins in circulation against the number of coins mined during a specific year. The last BTC halving plays a crucial role in the S2F model and if Plan B’s predictions are correct, BTC could be around $55K within the next two years.

However, not everyone believes the model and news.Bitcoin.com discussed this situation during the first week of April. But now there is more evidence that the S2F model may not be as reliable as everyone believes and two critics who have explained publicly why S2F may be bunk. Just before the halving, author Francis Tapon who wrote the books “The Unseen Africa” and “The Hidden Europe,” wrote a research report on Plan B’s model.

Tapon’s argument gives the reader eight reasons why the stock-to-flow model has flaws. The number one reason why S2F has problems is because it defies physics. “Some critics say that the stock-to-flow model will break in 2140, which is when we cannot mine new bitcoins. At that point, the S2F model predicts that the price of bitcoin will go to infinity,” Tapon explains. “Although that is a problem, bitcoin’s stock-to-flow model is doomed to break at least 100 years before that date.” Tapon also stresses in his report, that there are two things BTC would have to do:

[One] Bitcoin’s price would have to double every year, on average, for the next 30 years. That’s 30 doublings. No asset has ever come close to such a performance. Maybe pre-IPO Microsoft or Google or Walmart had such a rise for 10 years. But doublings become extremely difficult once an asset becomes large. [And two] we would need to invent nuclear fusion reactors and become a Type 1 Civilization. Bitcoin consumes vast amounts of energy. The higher the price goes, the more it consumes.

It is also worth noting that Plan B has blocked Francis Tapon on Twitter as well. According to Tapon, he had sent Plan B his analysis for review and Plan B responded by saying: “Blocked – Reason: pure click-bait (“flaw” “fail” “doomed”, only old and debunked arguments).” However, Tapon thinks that his arguments are valid and concluded his report by saying:

The stock-to-flow model has been a novel way of looking at bitcoin’s early, meteoric years. However, it will soon break because it predicts nonstop doubling year after year. Our solar system prohibits nonstop doubling. Let’s be happy with a 14x return in the 2020s. That would result in a $100,000 BTC price in 2029. Still, I secretly hope I’m wrong and that the stock-to-flow model is right.

In addition to Tapon, the digital currency proponent Eric Wall has been tweeting about Plan B’s models and his statements as well. On Saturday, Wall tweeted two photos of Plan B explaining what it would take to invalidate his S2F model. Despite the number of critiques published and contradictions, a slew of bitcoiners wholeheartedly believe in the S2F model.

“Oh, so I lost that one thing I’ve been saying my model would become invalid without? ‘Tis but a scratch!” pic.twitter.com/Uwlvju9ku7

On May 12, the secretary and vice-chairman of the Digibyte Foundation Rudy Bouwman tweeted: “Preparing for the next bull run? How long can miners that haven’t switched off, continue mining with a loss? [The] S2F model has proven highly accurate in charting price performance. BTC to +$100K in the next 2 years?” Two days prior, Quantmario published a report leveraging the S2F model called “The LGS-S2F Bitcoin price formula” It is safe to say that the stock-to-flow model isn’t going anywhere for quite some time, but the S2F theory does have its critics.

What do you think about the stock-to-flow model and the criticism? Let us know what you think in the comments below.