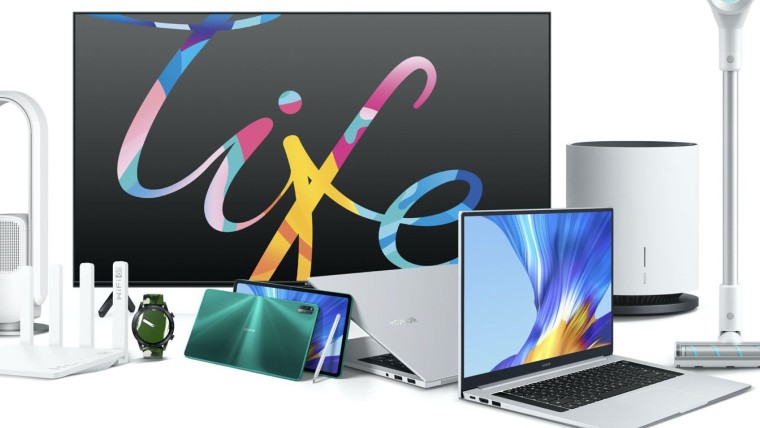 At an online event today, Honor introduced a new portfolio of smart products that cover many segments of the market. In addition to a number of small appliances, including a toothbrush, vacuum, humidifier, and so on, there’s also a new laptop, the MagicBook Pro, as well as a tablet, a Wi-Fi 6 router, and a TV lineup.

Starting with the MagicBook Pro, it’s a 16.1-inch laptop powered by Intel Comet Lake processors, up to a Core i7-10510U, which is a quad-core model. It also has the Nvidia GeForce MX350 for graphics, which isn’t exactly high-end, but still better than the bundled Intel graphics. 16GB of RAM and 512GB SSD round out the specs. Honor only announced availability for Russia at this point, where the MagicBook Pro will launch in September. In China, it will cost ¥5,999 (roughly $844.24) for the Core i5 variant, and ¥6,699 ($942.75) for the Core i7 version. 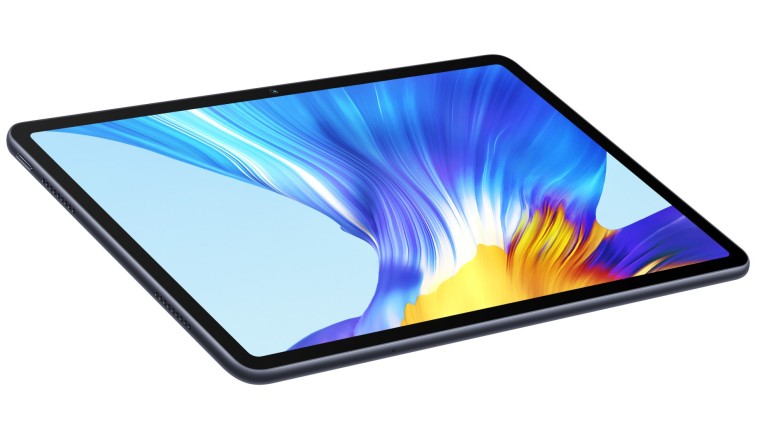 Then there’s the Honor ViewPad 6 tablet, which is powered by the Kirin 985 5G chipset. It has an octa-core CPU with one core at 2.58GHz, three cores at 2.4GHz, and four efficient cores at 1.84GHz, plus a Mali-G77 GPU and two neural processing units. It has a 10.4-inch QHD display that supports the company’s Magic Pencil so you can use it for drawing and other artistic work. It can have up to 256GB of internal storage, 8GB of RAM, and it has a 7,250mAh battery. The ViewPad 6 will be available in international markets in June, but pricing information is still unknown. It should also be noted that these specs refer to the Chinese version of the tablet, and they may change for overseas markets.

In the smart TV segment, Honor is introducing the Vision X1 series of TVs, building off of the Vision Pro shown off last year. The new lineup features four 10W speakers for stereo sound, and it supports 8K decoding as well as MEMC to compensate for lower frame rates on video content. The TVs also feature a smart assistant that can be controlled using a phone. They come in 55- and 65-inch models, costing ¥2,299 ($323.54) and ¥3,299 ($464.27), respectively.

Finally, there’s a new router, the Honor Router 3, with Wi-Fi 6 support and a maximum bandwidth of 3,000 Mbps across the 2.4GHz and 5GHz bands. It also supports OFDMA in order to provide more stable connections to devices. The Honor Router 3 will be available in international markets starting in July, and cost ¥219 ($30.82).