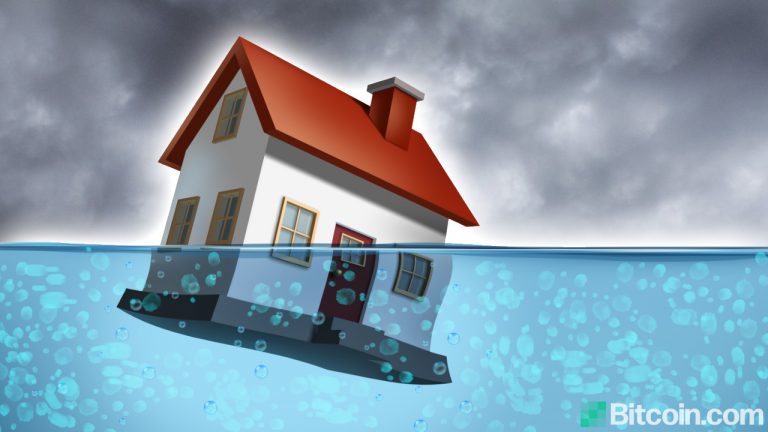 The US real estate market is facing a crisis as unemployment soars amid the coronavirus pandemic. Home sales have plunged to a nine-year low and a record-high number of homeowners are defaulting on their mortgage payments. The impact of the real estate crisis is also seen in rental and commercial real estate markets.

The economic crisis, coronavirus pandemic, lockdowns, and record-high unemployment have severely affected the real estate market. Existing home sales, which make up about 90% of all U.S. home sales, plunged 17.8% month-on-month in April, an equivalent of 17.2% slump year-on-year, according to the National Association of Realtors. The percentage decline was the largest since July 2010. The annualized figure of 4.33 million units represents the slowest sales rate since September 2011.

The numbers are based on closed sales of contracts signed in late February and March. The April drop in closings is the largest one-month decline since July 2010, during the subprime mortgage crisis when the homebuyer tax credit expired. Lawrence Yun, chief economist for the National Association of Realtors, was quoted by CNBC as saying:

Certainly with the lock-down occurring from mid-March, and given the shakiness from the stock market in February, that hurt pending contracts, so now we are seeing an almost 20% decline in existing homes sales.

In addition, the supply of homes for sale fell 19.7% annually in April to 1.47 million units. Noting that this is “the lowest April inventory figure ever,” the news outlet conveyed, “Not only did potential sellers decide not to list their homes, as job losses mounted and the economy shut down, but some sellers already on the market pulled their listings.”

The inventory drop pushed home prices to a new nominal high. The median price of an existing home sold in April rose 7.4% from a year earlier to $286,800. “Price appreciation in the 7% range is unhealthy,” Yun explained, adding that the only way for the price growth to slow down is to “get more listings and also more home construction.”

As unemployment soars and the effects of the shutdown are further realized, a record number of homeowners are defaulting on their mortgage payments. A recent report by U.K.-based economic forecasting firm Oxford Economics estimates that 15% of homeowners will fall behind on their monthly mortgage payments due to the coronavirus crisis — a level exceeding that seen during the Great Recession when the peak delinquency rate was 10%.

In April, mortgage delinquencies surged by 1.6 million, the largest single-month jump in history, according to mortgage data analytics provider Black Knight. The national delinquency rate soared to 6.45% in April, nearly doubling from 3.06% in March and three times the previous single-month record set in 2008. Over four million borrowers are now past due, the most since 2015. The Washington Post reported:

Not even during the Great Recession did delinquencies rise this fast. During that time, it took 18 months before there was a single-month increase as large.

The latest data from the Mortgage Bankers Association shows that more than 4.1 million homeowners (about 8.16% of all mortgages) are in forbearance. Mortgage rates have also gone up as increased risk of default has caused a number of lenders to impose stricter borrowing requirements. JPMorgan, one of the country’s largest lenders, now requires customers to have a credit score of at least 700 to be eligible for most new home loans and must have saved funds equivalent to a 20% down payment.

“Lenders are announcing more stringent underwriting requirements and exiting some products completely,” said Lendingtree chief economist Tendayi Kapfidze. “This means many potential homebuyers and those looking to refinance will have greater difficulty accessing credit.” Oxford Economics wrote, “The uncertainty in the mortgage market has contributed to a significant tightening of lending standards that may persist even once a recovery is underway.”

The flood of forbearance requests and delinquent loans has put enormous strain on servicers, the companies that collect monthly payments and distribute them to the investors who own the loan, including mortgage-backed securities. Fannie Mae (FNMA) and Freddie Mac (FMCC) have taken steps to reduce the burden on servicers. The two U.S.-government sponsored entities will be allowed to purchase loans in forbearance. While Oxford Economics said an increase in foreclosures is “inevitable,” many people are likely able to stay in their homes due to the wide availability of loan forbearance.

The economic crisis has also hit the rental and commercial real estate sectors. A growing number of office and apartment building owners are falling behind on their mortgages while commercial real estate tenants fall behind on rent at unprecedented rates in some areas, particularly those with lockdowns lasting months. The biggest shopping center in the U.S., the Mall of America, has missed two months of payments on its $1.4 billion mortgage.

With over 43 million renters nationwide, the rental market makes up nearly 40% of all U.S. housing. Over 62% of renters are concerned about being able to make rent payments, according to Edison Research. An April survey from the Washington D.C.-based think tank Urban Institute shows that almost half of renters report some kind of financial hardship. Some of the largest commercial landlords in New York City, for example, have reported steep declines in rent payments from its tenants over the past month. One landlord in New York City reported that 80% of retail tenants missed rent.

The Community House Improvement Program, representing around 4,000 landlords of rent-stabilized apartment buildings, said this week that two-thirds of its members’ commercial tenants did not pay rent in April and May. Moreover, nearly 25% of its members’ residential tenants did not pay rent this month compared to the usual 15% before the coronavirus pandemic. Jay Martin, the group’s executive director, commented:

Unless the federal government steps in to help renters and owners in a big way, we are going to see a housing disaster the likes of which we have never seen.

The effect of unemployment, exacerbated by coronavirus lockdowns, is severe on the rental market, especially in cities like New York, where about 70% of the population rents. While renters struggle to make their rent payments, landlords struggle to pay the annual property taxes on their buildings. Jan Lee, a third-generation landlord, told Bloomberg that there is no forbearance on property taxes, so the city can impose fees, fines and liens, and eventually seize his properties. “My entire family’s work over three generations will be gone,” he bewailed.

In most places, rents are still due. Ashford Westchase apartments in Houston, the fourth-largest U.S. city where 55% of all residents are renters, for example notified its tenants that “Despite what you may have heard in the media, rent is still due and evictions will be filed.”

Meanwhile, New York-based Real Capital Analytics Inc. revealed last week that commercial real estate transactions in the U.S. fell 71% to $11 billion in April, the lowest level since April 2010. Economists, such as those at Deutsche Bank, expect the housing market downturn, coupled with a collapse in consumer spending, business investment, and manufacturing, to shrink the U.S. gross domestic product (GDP) nearly 40% in the second quarter, the deepest fall since the 1930s.

What do you think about the US real estate situation? Let us know in the comments section below.