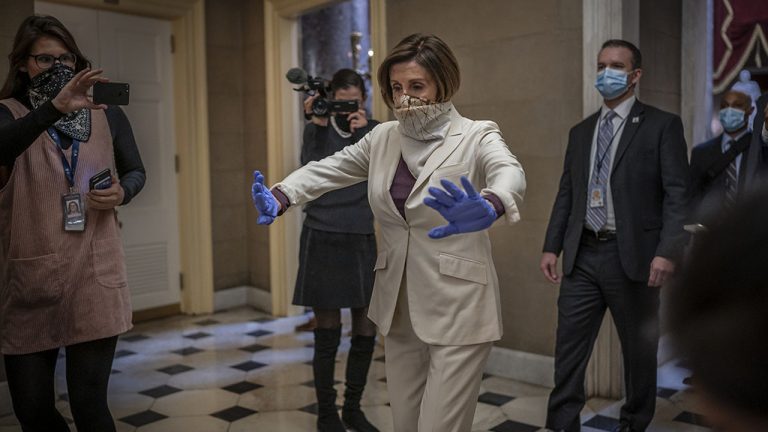 This Is Not Capitalism: How Covid-19 Shined a Light on America’s Fascist System

In the last few months, giant American corporations and financial incumbents that are subsidized by the U.S. government, have profited immensely during the coronavirus outbreak. This has caused certain groups of people and those who despise wealth to claim that “capitalism is broken.” However, today’s system, that’s currently practiced in the U.S. and many other nation states, resembles fascism far more than any capitalist ideal.

Since the initial predictions came out from Neil Ferguson and Anthony Fauci’s recommendations; Europe, the U.K., and the U.S. shut down their economies. You see, in America, the U.S. government shut down small businesses and allowed a number of its favorite corporate pets to prosper. Amazon, Walmart, Target, and all the big corporations were allowed to remain open. This scheme involved members of the American government who leveraged executive orders, which classified “essential” and “non-essential” businesses. A government that seizes the private sector and the means of production is not the definition of “capitalism.”

Despite this fact, millions of citizens who have been indoctrinated for years believe such absurdities and blame capitalism for the government’s errors. 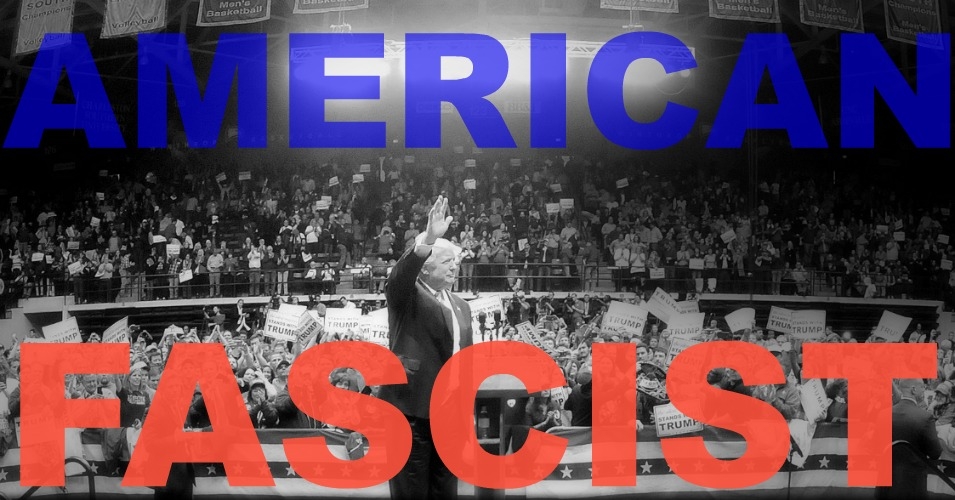 In the U.S., Amazon, Target, Costco, BJ’s and Walmart continued to rake in billions, while small businesses floundered because they were not allowed to remain open. Because most everything else was closed and considered “non-essential,” Americans had far fewer choices. U.S. citizens were only allowed to choose between the government’s favorite entities. So Amazon and Jeff Bezos made billions during the Covid19 crisis because people didn’t have many choices, as the government told them to stay home as much as possible. The definition of this method of central planning is essentially fascism because both parties are identical as far as the ends are concerned, but the means may be slighlty different. Fascism has always put the nation above everything else, including the private sector and the common individual.

The famed Austrian School economist and historian, Ludwig Heinrich Edler von Mises, detailed how fascism can lead the populace toward great dangers. His words show how the government has used fascist concepts in modern times, in order to bolster tyranny during the Covid-19 outbreak. Mises’s wise words had forecasted the great perils society is experiencing today when he stated:

It has been said that the problem lies with public education and information. But we are badly deceived to believe that more schools and lectures, or a popularization of books and journals could promote the right doctrine to victory. In fact, false doctrines can recruit their followers the same way. The evil consists precisely in the people’s intellectual disqualifications to choose the means that lead to the desired objectives. The fact that facile decisions can be foisted onto the people demonstrates that they are incapable of independent judgment. This is precisely the great danger. 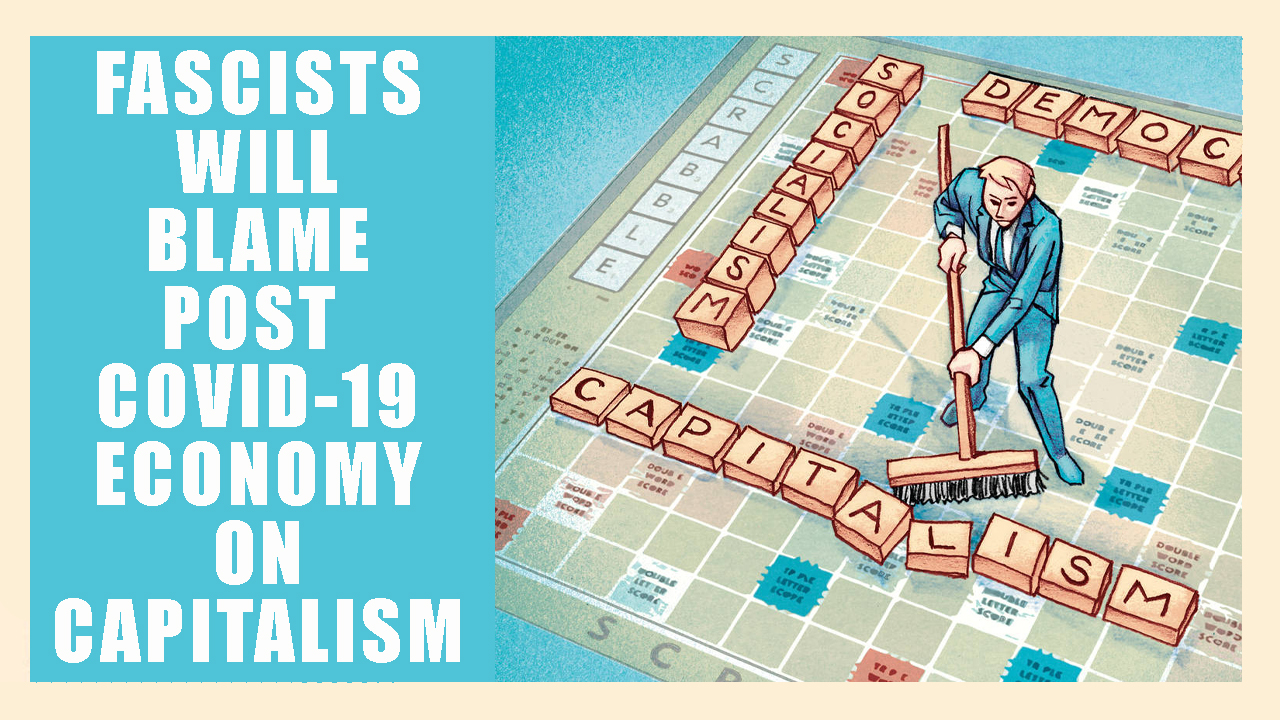 An Objectivist and Austrian Definition of Capitalism

Capitalism has nothing to do with the state. Capitalism is merely an economic system that is defined by private ownership of capital goods. A person must leverage either a medium of exchange, store of value, or a product and service in order to prosper in the system. Walter Williams once wrote:

Prior to capitalism, the way the people amassed great wealth was by looting, plundering, and enslaving their fellow man.

Through capitalism, the means of exchange and voluntary trade, men and women can remove stealing, bullying, and slavery tactics from the financial system. A speech written in 1957 and spoken by a fictional character named, Francisco d’Anconia, explains why money is the least understood innovation man has ever seen, but one of the world’s most powerful tools.

“So you think that money is the root of all evil?” asked Francisco d’Anconia. “Have you ever asked what is the root of money? Money is a tool of exchange, which can’t exist unless there are goods produced and men able to produce them. Money is the material shape of the principle that men who wish to deal with one another must deal by trade and give value for value. Money is not the tool of the moochers, who claim your product by tears, or of the looters, who take it from you by force. Money is made possible only by the men who produce.” Francisco d’Anconia’s speech added:

Until and unless you discover that money is the root of all good, you ask for your own destruction. When money ceases to be the tool by which men deal with one another, then men become the tools of men. Blood, whips, and guns–or dollars. Take your choice– there is no other–and your time is running out. 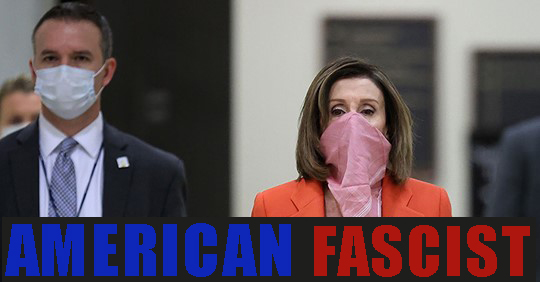 The American financial system that rewards fraud and manipulation is certainly not “capitalism.” Mega-corporations and banks empowered by the state would not be allowed to survive under true, unfettered capitalism. Capitalism doesn’t provide the means to bail out “too big to fail,” after these financial incumbents made too many mistakes. Fascism on the other hand does allow failure to succeed and this is because it is powered by cronyism, a sick and twisted mixture of the private sector and government. These financial giants and large corporations never have to worry, because the Fed’s surplus of dollars will keep them afloat.

Laissez-faire capitalism is totally different than the social system that worships the nation state and collectivist rights. Laissez-faire capitalism is not a system that gives the government the means of production, but that is what happened during these last few months. The scheme during these last few months is also not “socialism” or the means of production controlled by workers and unions. The economic situation during the Covid19 outbreak is pure fascism mixed with very small fragments of socialist and capitalist ideas. Remember that fascism doesn’t recognize individual rights and puts the government and the collective above it. Socialism also does not recognize the individual’s rights unless the system is completely voluntary. 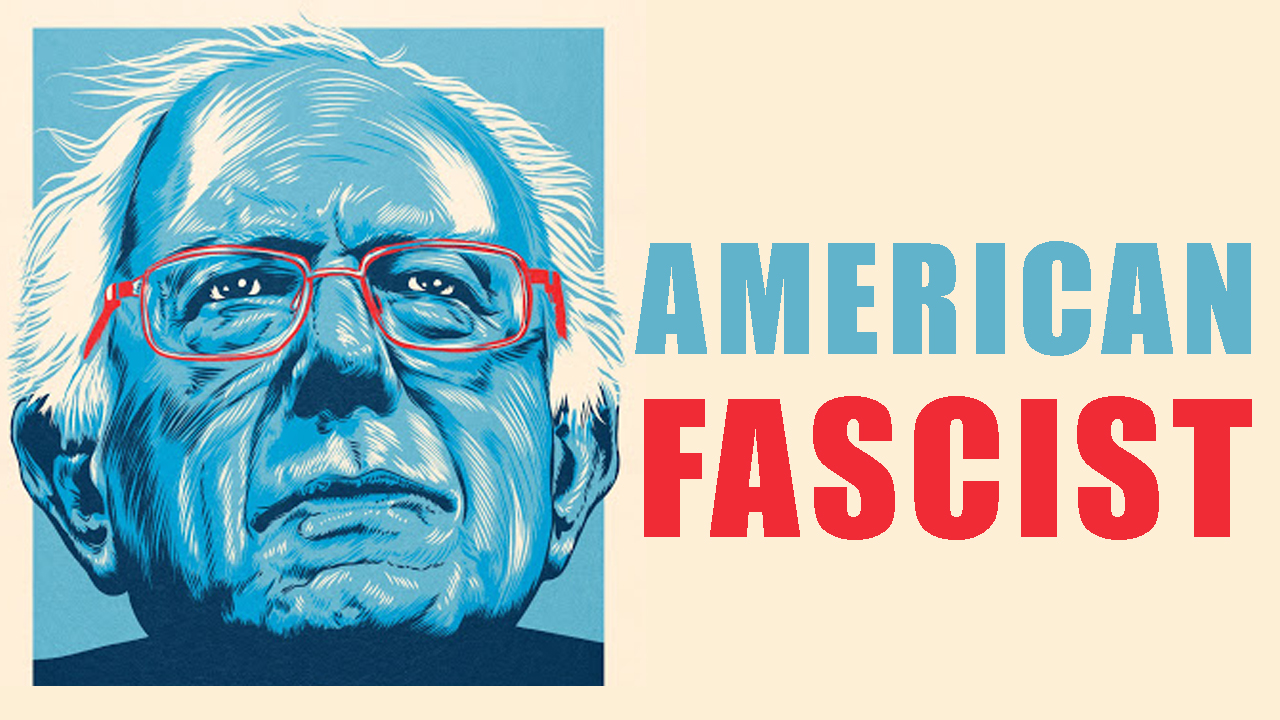 A true capitalist system does not need to leverage force, coercion, and theft as a means to get its ends. In the novel called “Capitalism: the Unknown Ideal” it defines the system as one where “no man or group may initiate the use of physical force against others.” In the “Virtue of Selfishness” the definition is even more defined and explains that Laissez-faire is completely removed from the state’s edicts, otherwise, it is not capitalism.

Fascism and non-voluntary socialism, depend on artificial altruism to survive. These systems claim to represent the “common good” of society, but they often rely on coercing the populace, indoctrination, and phony altruistic behaviors. These ideological concepts are also never successful at solving the common good problem and every time they are practiced, one group or many groups and individuals are left out. Capitalism does not have a moral justification, as it is explained on page 20 in the “the Unknown Ideal.’

“The moral justification of capitalism lies in the fact that it is the only system consonant with man’s rational nature, that it protects man’s survival qua man, and that its ruling principle is: justice.” 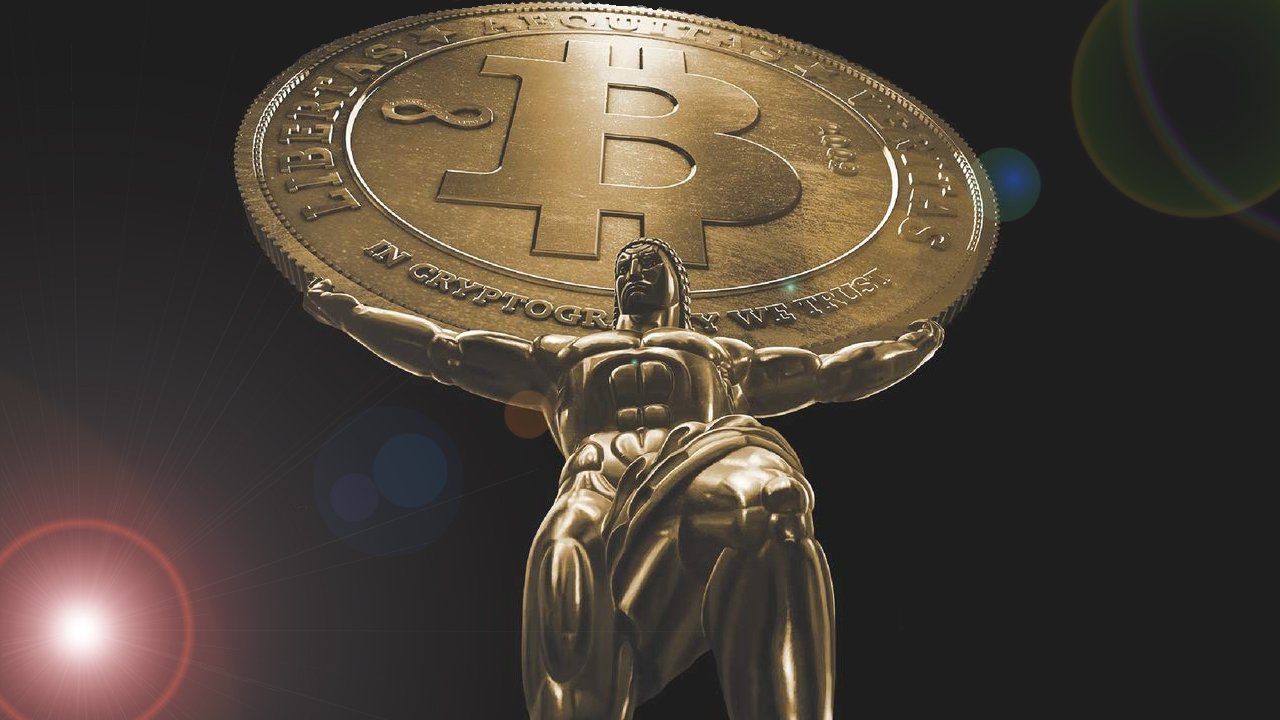 Bitcoin Is Very Attractive to the Libertarian Viewpoint

Bitcoin and a number of other digital assets are free-market tools that aim to bolster the Laissez-faire attitude. Even the creator of Bitcoin, Satoshi Nakamoto detailed in 2008 that the cryptocurrency is “very attractive to the libertarian viewpoint if we can explain it properly.” The reason digital currencies are attractive to free-market capitalists and libertarians is because it gives individuals 100% control over their funds. Bitcoin and other crypto assets are not controlled by centralized platforms, companies, politicians, single entities, or any one person. Leveraging bitcoin doesn’t mean that people cannot use other means of counter-economics to help circumvent fascist systems. Individuals still can leverage barter and trade, find a hedge in precious metals, and utilize black, gray, and white markets to the best of their abilities.

In America, there may be two parties who show a few fundamental differences, but when all is said and done they want to obtain the same goals. When people blame capitalism for the faltering economy and the 1% getting richer, they should probably focus that energy on the real enemies like the Federal Reserve and bureaucrats on the hill. During the last three months, humans witnessed fresh tyranny and the true colors of the American fascist regime. Politicians would love for the younger generations to beg for more ‘nanny state’ concepts and so-called ‘free money’ and benefits. The fascist oligarchs who run the American system today, don’t mind at all that millions of people are confused by the misinterpretated definitions of capitalism. As long as it serves the interests of the oligarchy, blaming the world’s problems on capitalism is a perfect Hegelian dialectic solution that doesn’t even need much effort to enforce.

If You Blame Anything— Blame the Government, Oligarchs, and Central Planners for Bolstering America’s Fascist Regime

Next time people blame capitalism for the government-induced lockdowns, the favoritism toward mega-corporations who were deemed “essential,” and the closure of small private businesses, you can tell them they are very wrong. The political regime, their so-called experts, and the Federal Reserve should be blamed for the financial hardships and the destruction caused by tyrannical measures. Capitalists don’t have the power to shut down the world’s industries and means of production in a systematic fashion, but the government does.

What do you think about the claim that America is a fascist nation state? Let us know in the comments below.

The post This Is Not Capitalism: How Covid-19 Shined a Light on America’s Fascist System appeared first on Bitcoin News.