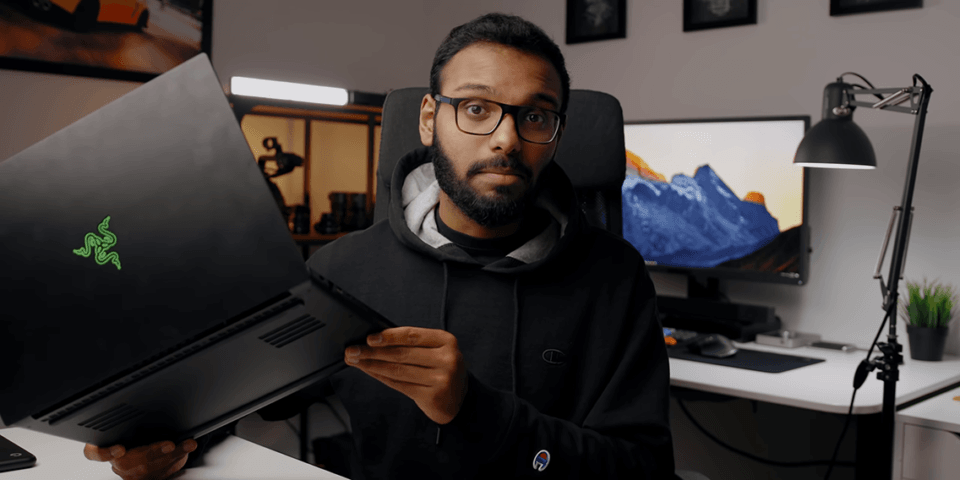 2020 is going to be an interesting year for notebooks, and I think you will hear me say that every single time I take a look at a brand new laptop. Recently, AMD announced their Ryzen 4000 series mobile processors, and we saw their blistering performance, and then Intel hit back with their 10th gen Comet Lake processors, which are basically a refresh of the previous 9th generation but will nevertheless be launched in a whole slew of new notebooks. We also had NVIDIA announcing the new GeForce RTX Super Max-Q mobile GPUs, which are supposed to bring more performance to the gaming notebook space. The reason why I bring all of this up is because it directly affects how Razer is approaching their Blade 15 lineup for 2020. Unfortunately, there are no plans for AMD processors on these new Blade notebooks, but they are still faster, have a few key design updates, and improved displays. However, I’m also concerned about a few aspects of these new notebooks. 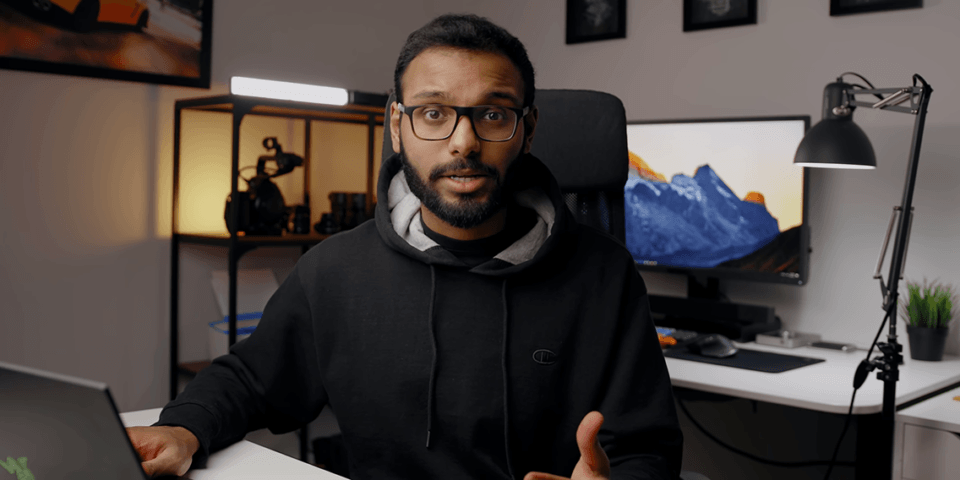 What you can see above is the Blade 15 Base model. Unfortunately, I can’t disclose performance numbers yet because there is a separate NDA for that, and the sample that I have over here is a pre-production unit with the 10th gen CPU and an RTX 2070. Now do keep in mind that the Base model will not feature the RTX Super graphics cards, those will be reserved for the Advanced model. Until we can talk about performance, let’s go over some of the changes Razer has done externally and internally to the Blade 15 lineup.

Opening it up you are greeted with the same keyboard layout, except they have separated the Arrow keys from the Shift key, so you don’t have to worry about mixing it up. I have to say that is the longest Shift key that I have ever seen on a notebook. We have all complained about that terrible right Shift key, but now it is just supersized. Another thing I need to mention is that Razer is keeping the same keyboard switches as the previous generation, which is very unfortunate because one of my biggest pet peeves about the Blade 15 lineup are those key switches. They don’t really provide an adequate amount of travel distance or good feedback compared to the competition from Legion and GIGABYTE, and even ROG notebooks come with better keyboards these days. I really wish that Razer improved that part, but they decided to stick with what they have. 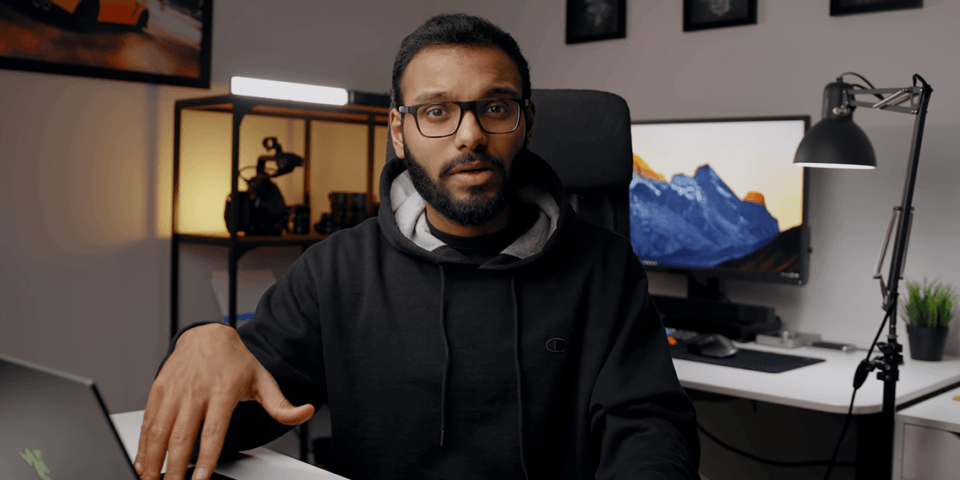 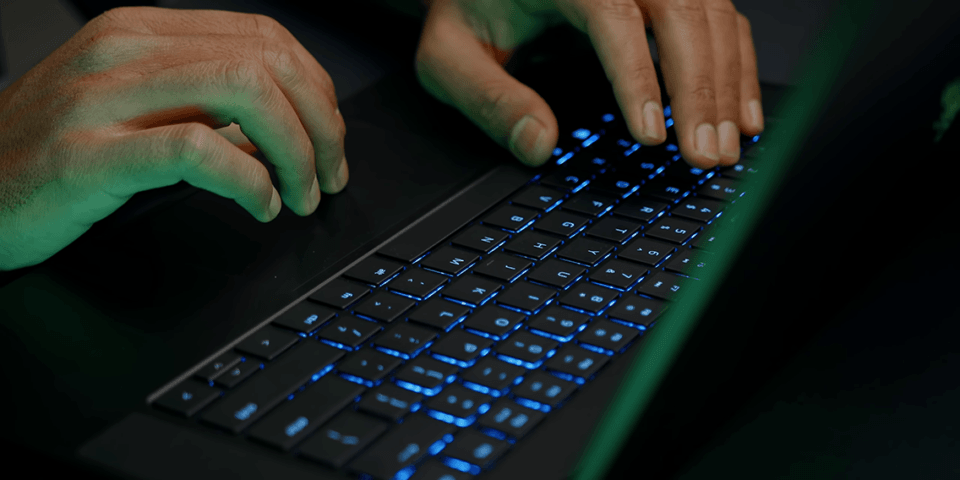 The trackpad remains the same too, but why change a good thing, right? Honestly, this is still one of the best trackpads around and the competition hasn’t even really gotten close.

These new laptops feature the latest 10th gen H-series processors, but on the Base model you are getting the 6-core/12-thread Core i7-10750H CPU, with 16GB of RAM in dual-channel running at DDR4-2933, which is slightly faster speeds compared to last year’s model. The GPU config is pretty much the same too, it starts with a GTX 1660 Ti and then you can upgrade to an RTX 2060 or an RTX 2070. The storage gets a little bit of a bump, it starts at 256GB and then there is a 512GB option as well. However, they did eliminate the 2.5″ 1TB drive on the Base models, but they have replaced it with an additional open M.2 slot, which I think is a good trade off. 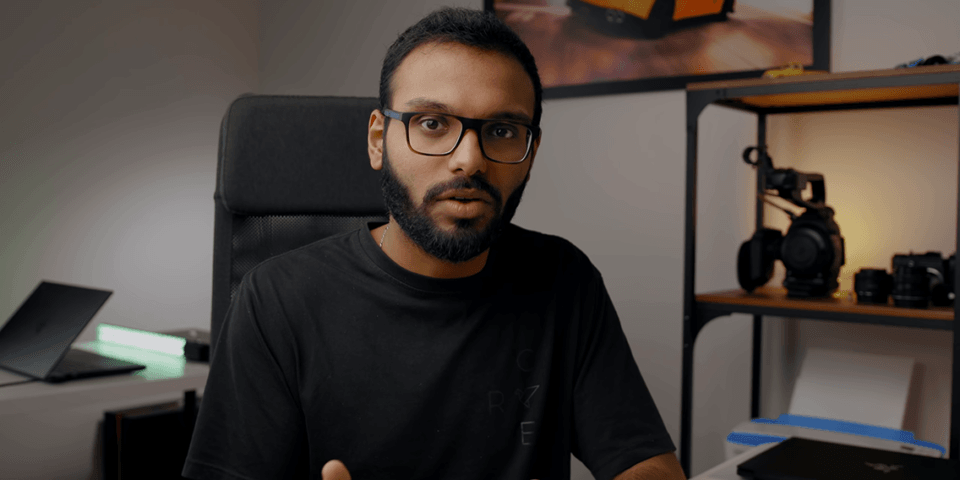 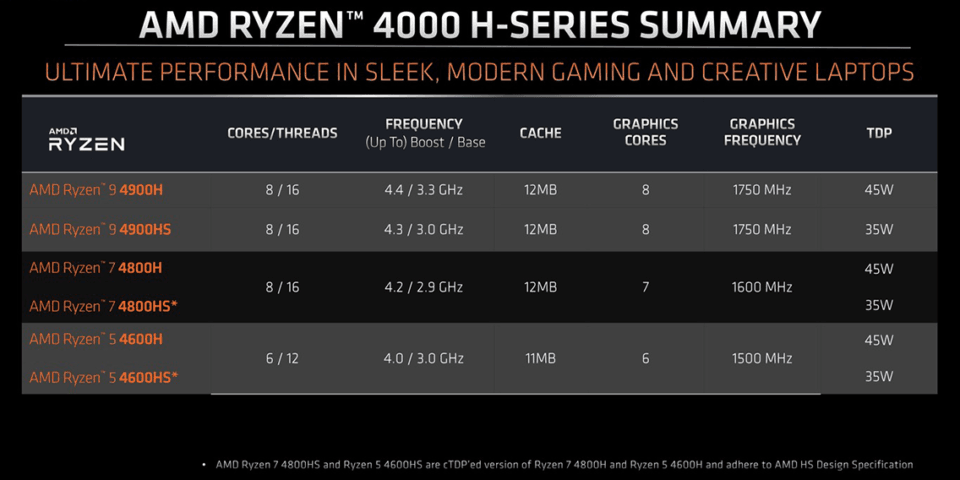 Okay, so I do need to address the lack of AMD on these systems. Razer is looking into adding AMD on their future Blade notebooks, but they can’t magically snap their fingers and include these new processors into existing notebooks. Coming up with a whole new series of AMD laptops requires a complex engineering, design changes, and most importantly a lot of money, and for a small notebook manufacturer like Razer it just wasn’t a feasible right away. However, if there is demand for these new Ryzen CPUs, it would be crazy for Razer to not add AMD on their future Blade notebooks sometime down the road.

Moving onto the display, Razer’s offering a couple of options this time. The default spec comes with a 1080P 144Hz matte screen that covers 100% sRGB. If you are looking for a little bit of a more colour accurate screen Razer is offering a 4K OLED option that covers 100% DCI-P3. The model that I have here has that 4K OLED option and it looks incredible. It is super bright compared to my old Blade 15 Advanced model with a 240Hz display. The colours are obviously vibrant and it also has much deeper blacks. Honestly, if you are looking for a colour accurate screen, this is it. However, you are going to be paying a pretty big premium for it. 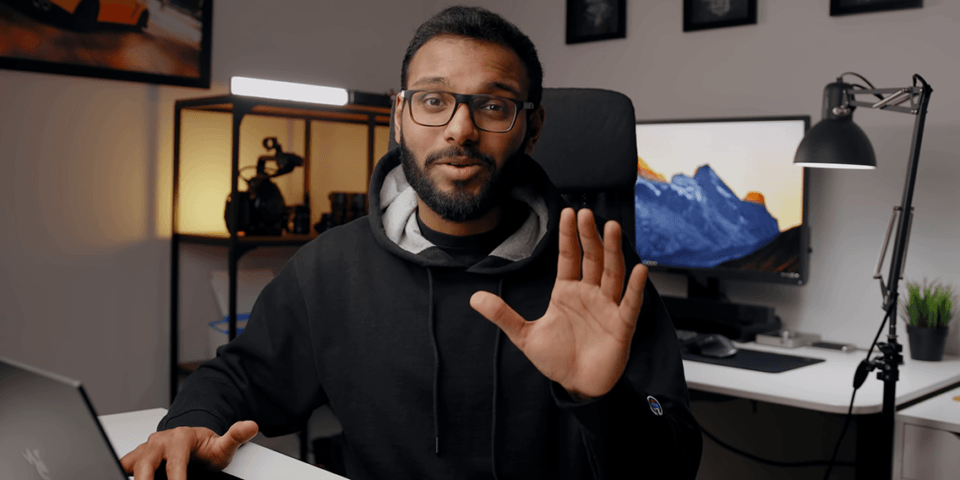 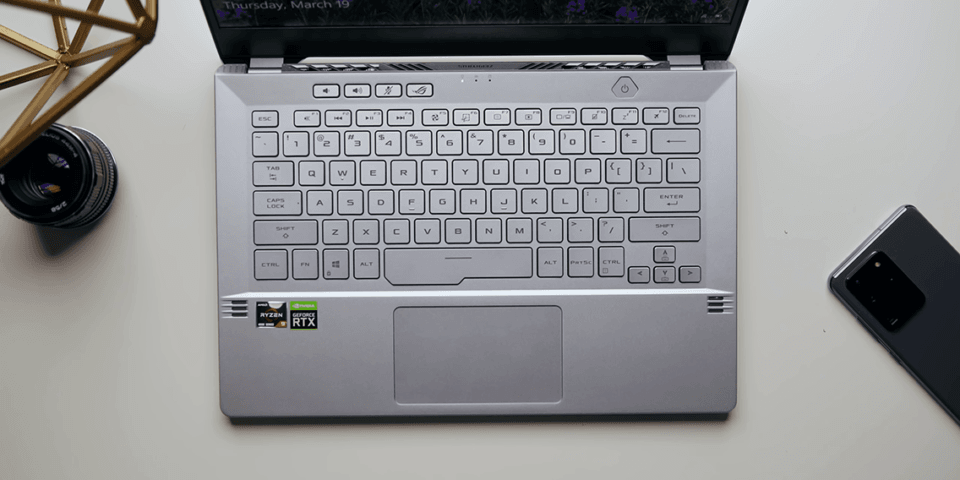 To be perfectly honest with you, I am not impressed with Razer’s pricing strategy here. It looks like they didn’t look closely at what the competition was offering. Over these past few years, the Blade 15 series has been known to offer great build quality and portability, and they managed to pack some pretty impressive specs into a fairly slim chassis. However, when you look at the competition, especially what ASUS is offering with the Ryzen 4000 series on the $1500 ROG Zephyrus G14 paired with an RTX 2060, paying $1,600 for a base Blade 16 with a GTX 1660 Ti or $1,900 for an RTX 2060 is just going to be a really hard sell for Razer. There is one possibility though, since performance of GPUs and CPUs is dependent on thermals if the temperatures are kept low enough then clock speeds can increase. This means that if Razer manages to cool all the components inside the hardware then the GTX 1660 Ti model could compete against some RTX 2060-based notebooks, but that is a long shot. We will really have to evaluate it once we get our hands on a production sample, but we will just wait and see.

Moving on to the Blade 15 Advanced models. Razer is still going to be using the same chassis. The keyboard layout has been updated just like the Base model with that much larger Shift key. I do want to mention that you still get Razer’s per-key Chroma lighting on the Advanced models versus the single zone on the Base model. Chroma certainly takes the edge here because it is brighter and it looks a lot better than the Base. The biggest improvement under the hood is the updated 10th gen H-series CPU, but this time they opted for the Core i7-10875H 8-core/16-thread processor instead of the 12-thread processor. That is really good news for creators or anyone who needs more power in a fairly thin chassis. NVIDIA’s Super Max-Q GPUs have also made their way into the Advanced models. The storage pretty much remains the same, it starts at 512GB but they have added a 1TB option as well. The I/O has been refined a bit, so they have ditched the Mini DisplayPort for a USB Type-C 3.2 Gen2 port. And finally Razer has included a full-size UHS-3 card reader – they have heard my prayers – that’s the one thing that I have been missing on the Blade 15 model and I’m glad that they have included that. I finally don’t have to worry about dongles anymore. 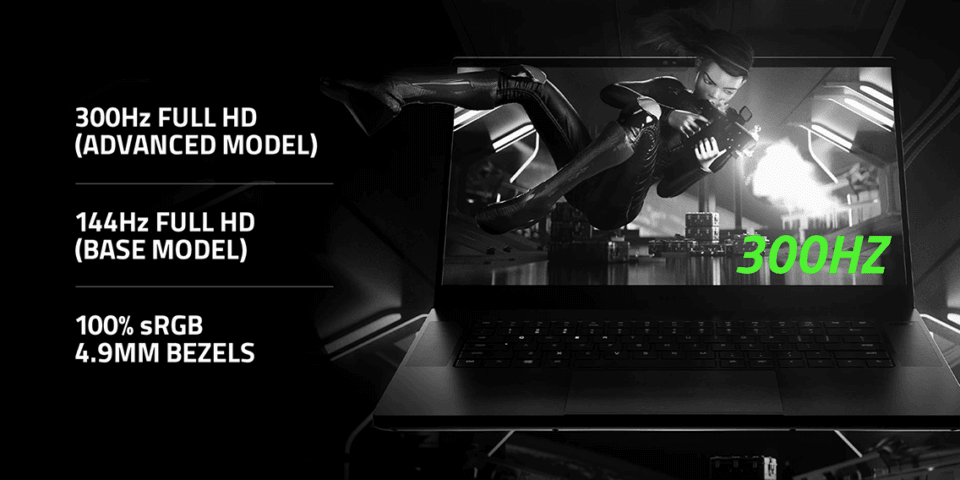 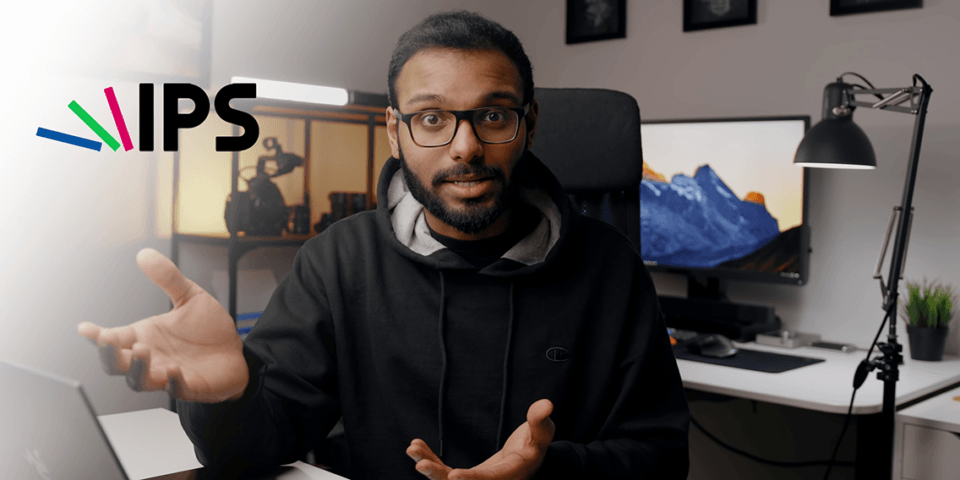 Lastly, there is the display. Razer decided to offer a 300Hz 1080P IPS-type panel. Now just a little history lesson on IPS technology, since I think it’s important. Even though Razer is technically using a higher quality In-Plane Switching (IPS) panel, they can’t market it as IPS unless those panels are from LG. The reason for that is LG holds the trademark for IPS, and they have been coming down hard on companies who use that trademarked name. While plenty of notebook manufacturers use great In-Plane Switching LCD panels, they just can’t market them as IPS because of LG’s shady practices. 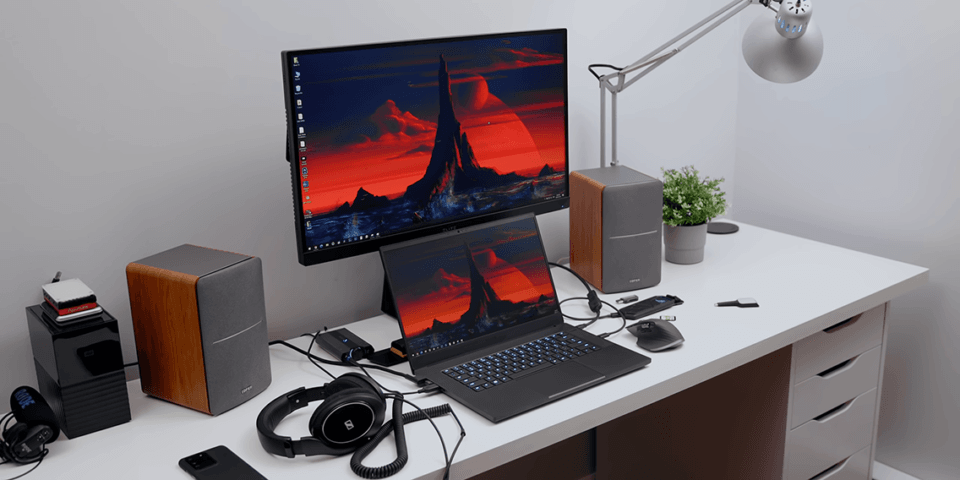 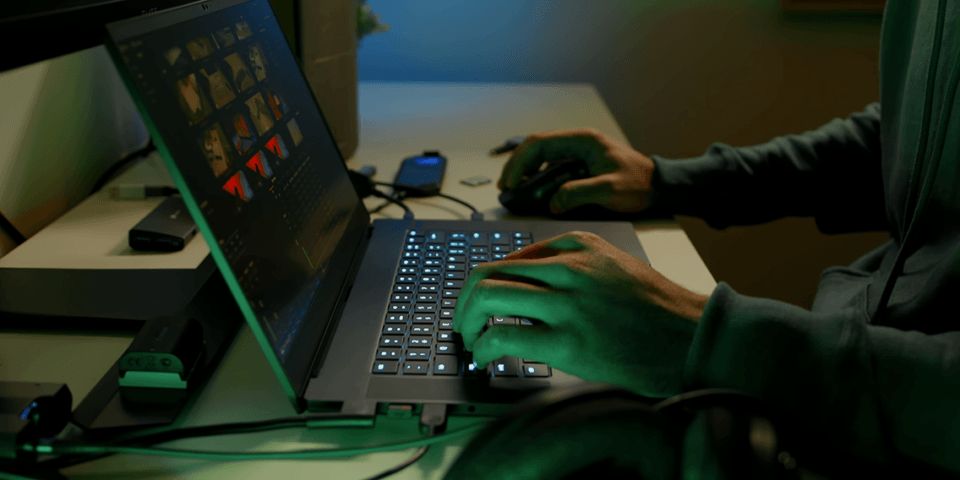 Anyways, let’s quickly talk about expected performance. On these notebooks you can expect maybe a 5% to 10% improvement over the last gen, specifically on the Base model. Even though they are using the 10th gen CPUs I don’t think it will make a huge difference, because they are technically the same CPUs except with higher Boost frequencies. However, on the Advanced models the inclusion of the 16-thread processors should be a game changer, especially when paired with a new RTX Super Max-Q graphics cards. I have to be perfectly transparent, I have been using the current-gen Blade 15 primarily as my editing machine for the past year or so to produce most of the videos for Hardware Canucks, so I’m really looking forward to testing out the performance of these new CPUs. If I’m getting more performance for basically the same price, it’s a win-win.

That should be everything that you need to know about the Blade 15 lineup for the rest of the year. I can’t wait to compare these new 8-core Intel processors against what AMD is offering with the Ryzen 9 series. Let me know what you think about the new lineup from Razer. Stay safe and stay healthy.

Buy items seenin this video from Amazon at the links below: