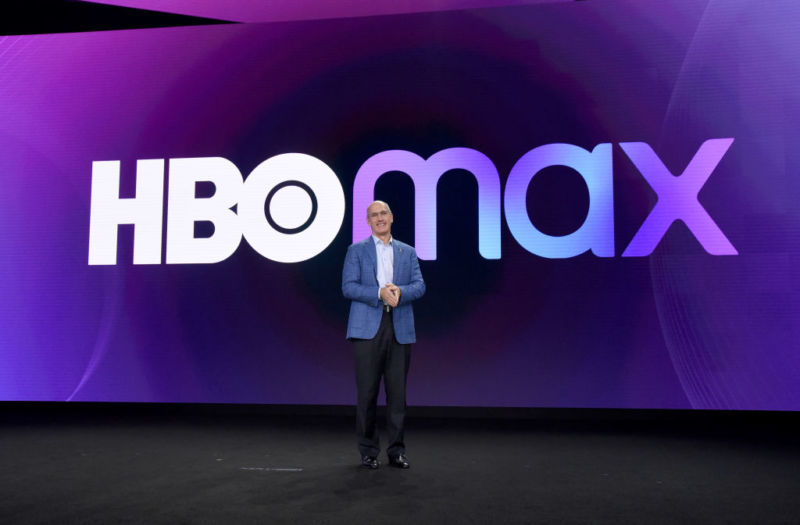 AT&T’s new HBO Max streaming service is exempt from the carrier’s mobile data caps, even though competing services such as Netflix, Amazon, and Disney+  count against the monthly data limits. This news was reported today in an article by The Verge, which said that AT&T “confirmed to The Verge that HBO Max will be excused from the company’s traditional data caps and the soft data caps on unlimited plans.”

The traditional data caps limit customers to a certain amount of data each month before they have to pay overage fees or face extreme slowdowns for the rest of the month. “Soft data caps on unlimited plans” apparently is a reference to the 22GB or 50GB thresholds, after which unlimited-data users may be prioritized below other users when connecting to a congested cell tower.

“According to an AT&T executive familiar with the matter, HBO Max is using AT&T’s ‘sponsored data’ system, which technically allows any company to pay to excuse its services from data caps,” The Verge wrote. “But since AT&T owns HBO Max, it’s just paying itself: the data fee shows up on the HBO Max books as an expense and on the AT&T Mobility books as revenue. For AT&T as a whole, it zeroes out. Compare that to a competitor like Netflix, which could theoretically pay AT&T for sponsored data, but it would be a pure cost.”

We asked AT&T whether HBO Max will also be exempt from AT&T home-Internet data caps and will update this article if we get an answer. AT&T home and mobile data caps are suspended during the coronavirus pandemic until at least June 30, but AT&T will presumably bring them back some time after that.

AT&T is including HBO Max at no extra charge on certain Internet plans, which is also did with previous versions of HBO.

AT&T has owned HBO since it purchased Time Warner in June 2018. HBO Max, which costs $15 a month, is essentially an expansion of the HBO Now service. The HBO Max user interface did not impress Ars reviewer Sam Machkovech when he tested it out last week.

When Democrat Tom Wheeler chaired the Federal Communications Commission, the agency ruled that AT&T and Verizon Wireless violated net neutrality rules by letting their own video services stream without counting against customers’ mobile data caps while charging other video providers for the same data cap exemptions. In that case, AT&T was letting DirecTV services stream without counting against the cap. The FCC rescinded the finding less than two weeks after President Trump promoted Republican Ajit Pai to the chairmanship, and carriers have since been free to deploy data-cap exemptions as they wish.

In July 2015, when AT&T bought DirecTV, the Wheeler FCC imposed a merger condition that barred AT&T from exempting its own online video services from home-Internet data caps. But the condition had a four-year time limit and expired in 2019, and the condition never applied to AT&T’s mobile network.