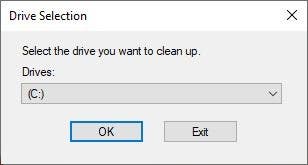 One of the easiest and safest ways to free up storage space is to run Windows Disk Cleanup from time to time. Windows 10 does have a setting called Storage Sense that can empty the recycle bin and temporary files automatically, but it is not as feature-rich as Disk Cleanup.

Mirinsoft, the developer behind Debotnet, Sharpapp or Spydish was inspired by Disk Cleanup and a tool called Managed Disk Cleanup (also known as Comet), to recreate Windows’ the former using modern aesthetics.

And thus was created Burnbytes. It’s basically an open clone of the Windows Disk Cleanup tool. Let’s find out what it does. When you run the program, a tiny window appears and prompts you to select the drive that you want to scan. Pick one and hit the okay button, and the program begins looking for junk files that it can clean.

The scanner’s progress bar is similar to the one used by Windows’ Disk Cleanup. When the scan has been completed, the Burnbytes window opens. The interface looks clean, and comprises a triple-pane design. 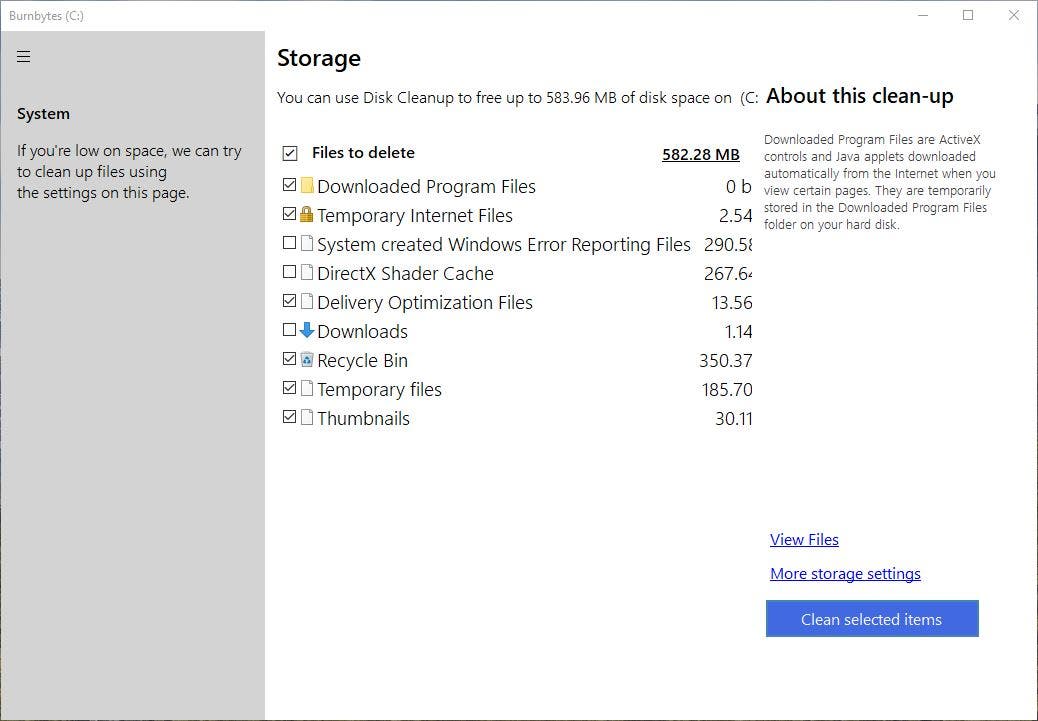 The program’s icon is somewhat similar to the original as well.

To the left side of the GUI, is a side-bar and a menu button, though neither of these offers any options to change at the moment. The central pane displays the files to delete. Here is a comparison screenshot, from which you can tell that the options available in Burnbytes are the same as on Disk Cleanup. 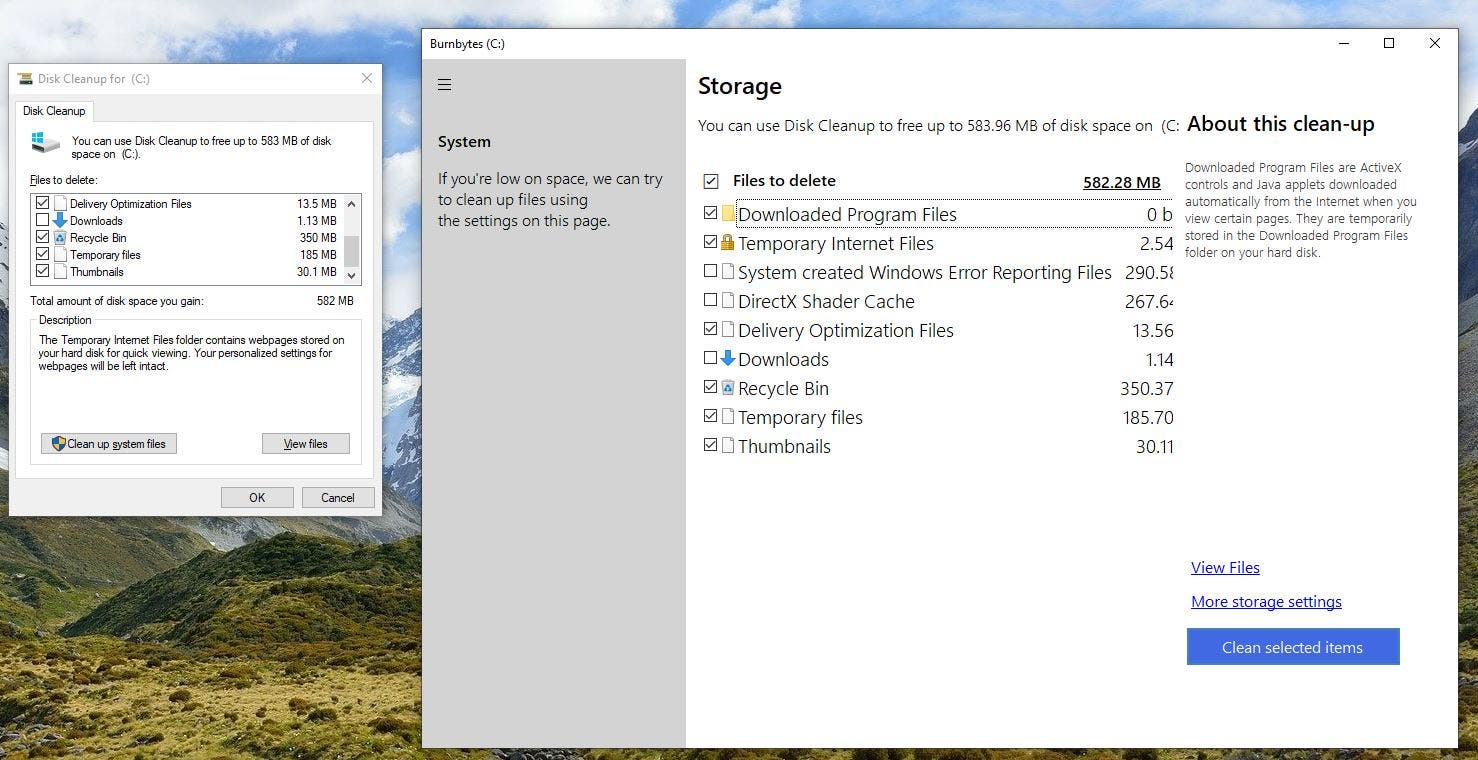 You can uncheck any of the options to exclude them from the cleaning process. Selecting an option in the middle pane, displays its description on the right side. Click on the View Files button in the bottom right corner, to open the folder that contains the selected content.

The “More Storage Settings” option is the program’s version of “Cleanup system Files”. Hit the “Clean selected items” to delete the selected files, and free up the storage space.

Burnbytes is an open source project. The program is portable, and the executable is just 160 KB. It is compatible with Windows 8 and above.

Though the modern design is useful, Burnbytes doesn’t offer something that isn’t available in Disk Cleanup, at least not yet (until Microsoft removes the tool completely). This is the part that intrigued me, the developer has hinted in a blog post that Burnbytes’goal for the future could be turning it into a “community cleaner”, by integrating support for Winapp2.ini in the program.For now, I’d recommend using Cleanmgr+ instead.

I do use Bleachbit once every few months to clean up some programs, but otherwise, I’m not really a fan of cleaning tools, nor do I like the direction Windows is headed. Storage Sense is okay, but I’d rather have an option to check the contents that will be deleted, instead of an enable-and-forget option and risk losing important files.

Mirinsoft has grown to be reliable with their programs, so I’ll be keeping an eye on how Burnbytes turns out.

So, what do you think of the modernized version of Disk Cleanup? On the one hand, I think we could do with one for Explorer (with tabs), Control Panel, Notepad. On the other hand, don’t fix it if it ain’t broke.