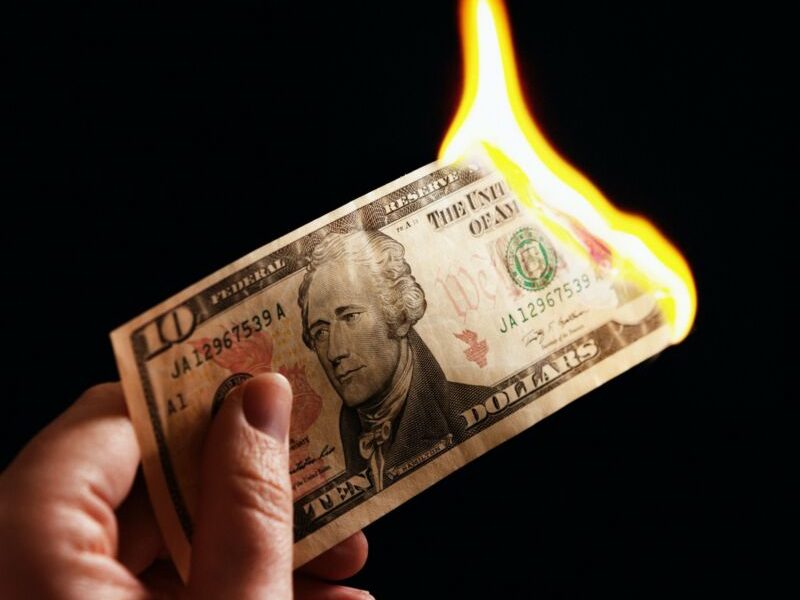 Broadband and TV providers can keep charging “rental” fees for equipment that customers own themselves until December 2020, thanks to a Federal Communications Commission ruling that delays implementation of a new law.

A law approved by Congress and signed by President Trump in December 2019 prohibits providers from charging device-rental fees when customers use their own equipment, and it was originally scheduled to take effect on June 20. As we’ve written, this law will help Frontier customers who have been forced to pay $10 monthly fees for equipment they don’t use and, in some cases, have never even received. But the law gave the FCC discretion to extend the deadline by six months if the commission “finds that good cause exists for such an additional extension,” and the FCC has done just that.

The FCC ruling on April 3, which we didn’t notice at the time, extends the deadline to December 20 and says that providers need more time to comply because of the coronavirus pandemic:

The new law, the FCC noted, “prohibits MVPDs and providers of fixed broadband Internet access service from charging consumers for equipment they do not provide.” Compliance with the rental-fee provision and other billing-transparency requirements in the new law “may require that subject entities make changes to existing billing systems, provide employee training, or take other compliance measures, thereby requiring providers to divert resources away from other consumer demands brought on by the pandemic,” the FCC said.

Last year, Frontier claimed that it charges the rental fee to cover higher support costs for customers who use their own routers, yet the company also said that it “cannot support or repair the non-Frontier equipment.” Frontier is taking advantage of the extra six months and will keep charging its rental fee to customers who use their own equipment. A Frontier spokesperson told Ars today that the company “plans to comply with the requirements when the law goes into effect”—meaning in December. Unlike Frontier, other major ISPs usually let customers avoid rental fees when they use their own routers.

A Frontier customer in Florida named John emailed Ars this week after he asked Frontier if the company would stop charging the fee in June. We agreed to publish only first names for John and another customer quoted later in this article. John told us:

I called Frontier’s Florida customer service office yesterday, requesting the procedure to mail back the Frontier router in preparation of the new law going into effect, and the representative stated that I would still be charged for the rental because, I quote, “Frontier requested a 6-month extension to the January ruling and it was approved. As a result, you will continue to be charged the $10/month until December [2020].”

The Frontier spokesperson told Ars that the company “did not request an exemption,” although a trade group that represents Frontier did ask for an industry-wide exemption. Either way, it’s disappointing for customers that the FCC granted the exemption and that Frontier will take advantage of it.

“You and I both know this has more to do with retaining revenues than it does with a provider’s ability to ‘comply’ with the new law due to COVID-19,” John told Ars.

“Considering Frontier’s recent bankruptcy filing, I’m not surprised they are continuing to stick it to their clients,” John also said. “Bottom line: Don’t advertise the service in large font as a $39.99/month service if it is mandatory you pay their $10/month rental fee.”

Other customers have slightly better luck

We also heard from a customer in Oregon, one of four states where Frontier recently sold its network to a company doing business as Ziply Fiber. The Oregon customer, Phillip, says Ziply agreed to take the $10 router-rental charge off his bill—but not right away. Phillip bought his own router and returned the company-provided one to Ziply. But Ziply kept putting the $10 charge on his bills.

Phillip spoke to a customer service rep who tried to remove the router fee, “but the system would not let him,” Phillip told us. Phillip says he then talked to a supervisor and pointed out the new US law prohibiting these charges.

“I quoted your article and the law to the supervisor and she said they would put in a ticket to the appropriate team to update the software so they could actually remove the equipment,” Phillip told us in an email. “She then told me that it would take ~2 bills for that to be done and… she said I would need to call in each time I got a bill with the fee listed to have it manually removed.”

Despite using COVID-19 as cover to force customers to keep paying fees for nonexistent equipment, the FCC has urged ISPs to voluntarily waive late fees and not disconnect customers who can’t pay because of the pandemic. Of course, letting customers save money by nixing unnecessary rental fees would also help people struggling during the pandemic, but the FCC order granting the extension did not mention that.

The FCC granted the extension after being urged to do so by three major cable and telecom trade groups. One of those groups is USTelecom, of which Frontier is a member. The groups said they planned to ask for the extension even before the pandemic shut down much of the US economy. The trade groups told the FCC on March 26:

Under ordinary circumstances, the initial six-month effective date would not have allowed enough time for cable operators and other multichannel video programming distributors (MVPDs) to come into compliance with the various provisions of the Act, and an extension to December 20, 2020 would be justified based on that reason alone. The COVID-19 pandemic has now made compliance by the current June 20, 2020 effective date virtually impossible, as resources once thought available for this purpose must now be redirected toward meeting the needs of customers impacted by virus. Indeed, the continuing crisis may jeopardize compliance even if a six-month extension is granted.

The pandemic is consuming available resources for our members across all divisions of their business, including the teams that provide production, development and customer support for TVPA implementation. For example, one immediate COVID-19 impact is reduced capacity at members’ customer call centers. Having to create new scripts, conduct training, and learn new routines around the new TVPA requirements would be an additional burden at a time when members’ resources in customer care are already strained. In addition, as call center operations become disrupted, members are working to develop more online self-care resources and functions, which requires significant development work.

Besides the equipment-rental provision, the new law includes several provisions that should make it harder for providers to mislead customers about prices. For example, a new right to transparency requires TV and broadband companies to provide customers the total monthly charges—including all company-imposed fees and a good-faith estimate of all government-imposed fees and taxes—before customers enter into a contract. This notice must also specify the amount of promotional discounts and when those discounts will expire. When it finally takes effect, the law is supposed to give consumers 24 hours to cancel without penalty after entering a contract.