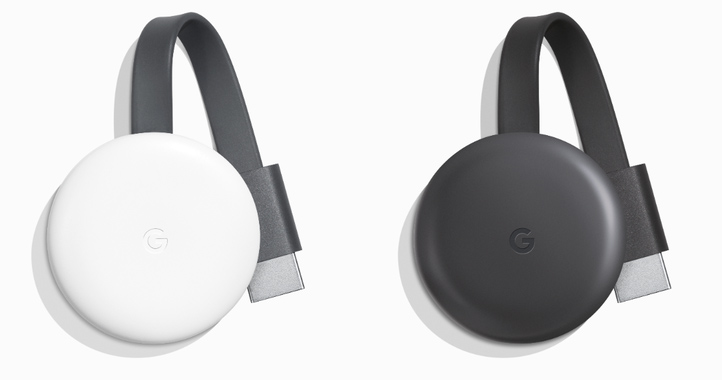 It looks like Google will finally sell an Android TV dongle to the masses. XDA Developers has leaked promo images of a device codenamed “Sabrina.” The device looks like a slightly bigger Chromecast with a remote control, and it runs Android TV.

The device is very much in the mold of an Amazon Fire Stick or Roku Stick—it’s a tiny HDMI stick that gives you all the benefits of a set-top box in a wall-mount-friendly form factor. The remote offers basic navigation, volume control, and voice commands through the Google Assistant.

9to5Google first reported on the existence of “Sabrina,” saying it would be “a second-generation Chromecast Ultra” that comes with a remote and runs Android TV. The Chromecast “Ultra” is the version of a Chromecast with 4K compatibility and currently costs $69. A report from Protocol says Sabrina will cost “around or below $80.”

Google probably needs to come down on that price if it wants to be competitive with the rest of the streaming landscape. Amazon’s 4K Fire Stick (which also runs Android and comes with a remote) is $50. Roku, the industry leader, has a 4K dongle with remote for $40. Google might say that a big differentiator is that a handful of $60, AAA video games will run on Sabrina thanks to Google Stadia support, but Stadia is not doing well.

The leak also shows a few screenshots of the software, which looks very different from the current version of Android TV. This new build mixes together content from multiple apps, breaking down the walled garden that usually exists around each service. Screenshots (and a video) of the new home screen UI show a full-screen preview jumping from Game of Thrones on HBO Max, to Our Planet on Netflix, to Black Widow on Disney Plus.

A “live” section of the UI was heavily integrated with YouTube TV, complete with a TV guide UI. The new Android TV also supports Nest cameras and has a full-screen Google Assistant results UI.

Is this the beginning of the end for Chromecast?

It looks like we’ll be entering a period of renewed interest in Android TV from Google. The company’s last consumer Android TV device was the first Android TV device, the Nexus Player, which released all the way back in 2014. Since it was cut off from updates in 2018, there hasn’t been any supported first-party hardware for Android TV. Google has released three “ADT” devices for developers, including in a dongle form factor, but they lacked the DRM compatibility to play Netflix and other critical media apps.

Google’s disinterest in Android TV hardware has seemingly been because of the success of the Chromecast, a competing $35 dongle from Google that didn’t have its own UI or control system at all. At the time of the Chromecast’s release in 2013, it was designed to be as cheap as possible, giving users an easy way to get YouTube, Google Music, and other services on their TV. Back in 2013, the Chromecast’s lack of a standalone UI and remote was part of this “as cheap as possible” philosophy, hence the split between Android TV and Chromecast: Chromecast was cheap and $35, Android TV was more of a premium experience that started at a hundred bucks.

The existing HD Chromecasts, which are clearly an inspiration for Sabrina’s design.
Google

Today though, the falling price of technology means a split like this is not really necessary. As we said earlier, Amazon’s Fire TV stick—which also runs Android in a dongle form factor and comes with a remote—is $35 for the HD version and $50 for the 4K version. Google is building basically the same product. If Google makes an HD version of Sabrina and releases it at a competitive price, there is really no room for a standalone Chromecast device anymore. There would certainly be no room at the $35 price point—would Google want to sell a Chromecast for less than that? If not—and if Google has any sense at all (a debatable topic)—we might be looking at the beginning of the end for the Chromecast line.

As far as the software is concerned, Android TV and Chromecast have already merged. Every Android TV device is also a Chromecast receiver—the casting experience is indistinguishable from a Chromecast if you don’t want to pick up a remote. That means there is no “ease of use” benefit of a Chromecast over Android TV. Android TV is purely an upgrade, with price as the only justification for Chromecast existing. But Amazon has proven that price difference is no longer necessary.

For now, the rumors only point to a 4K version, which isn’t attacking Chromecast’s $35 price point. The rumors also point to Google having a higher price than all its competitors, perhaps as artificial protection for the Chromecast. The Chromecast has been popular in the past, but as Protocol points out in its report, the Chromecast is losing market share to its more capable competitors. The Chromecast was a great entry-level device back when Internet TV was an addition to cable, but as cord-cutting becomes the norm, people want a more capable device for a low price. The other problem is that every single TV comes with some kind of smart functionality now, so Google is competing with built-in systems, too. 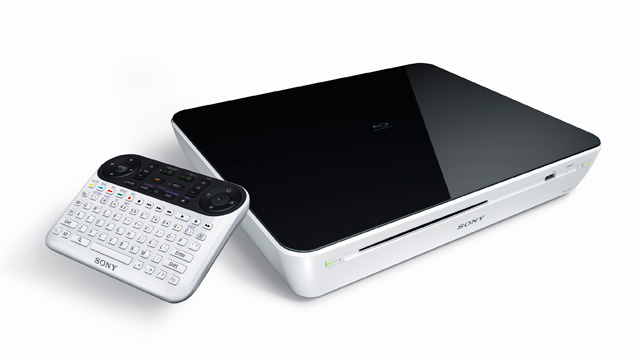 Now would be a great time for a merger, since rumors are pointing to a rebrand of Android TV.  9to5Google says that Android TV will be renamed to—get this—”Google TV.” The “Google TV” name was already used by Google all the way back in 2010, as the company’s original TV product, but now it’s apparently coming back. In the early days of smart TVs, Google TV devices were real clunker that came with full QWERTY keyboards, were based on Android 2.x, and came with the headline inclusion of Chrome and Adobe Flash, a requirement for viewing web video at the time. By 2014, Google understandably scrapped the Google TV codebase and started over with Android TV.

Resurrecting the “Google TV” name would be somewhat in line with Google’s past rebranding efforts. We’ve seen the company pull the Android brand away from anything that isn’t a phone. The Android Market became Google Play, “Android Pay” has become “Google Pay,” “Android Wear” has become “Wear OS,” and “Android Messages” has become “Messages by Google.” Google’s branding doesn’t always make sense, but it seems to be limiting the “Android” brand to a phone OS, and anything that also runs on the web, or also works with an iPhone, gets renamed to “Google” something. The Android brand was updated in 2019 with a new logo, so it doesn’t seem like it’s going anywhere, it just seems to be only relegated to “Google’s Phone OS.”

As for the hardware, Protocol says the device will use the “Nest” brand, so presumably, it will be called something like the “Google Nest TV” which runs the Google TV software. The report also says Google was targeting a summer release but warns that COVID-19 issues could delay things.