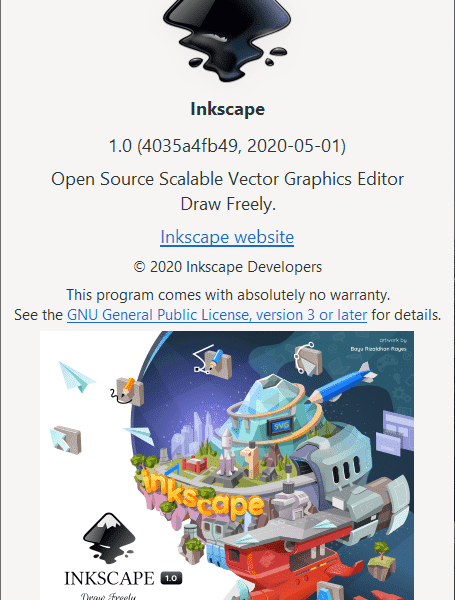 The developers of the open source cross-platform vector graphics editor Inkscape have released Inkscape 1.0 to the public this week. The new version is a milestone release that introduces numerous changes including HiDPI support, performance improvements, a native Mac OS application, and improved tools and features.

Inkscape is a vector graphics editor that uses the SVG format by default; the application supports other formats that it can import and export, and it can be extended by installing add-ons. One of the main advantages of vector graphics is that the format is resolution independent (opposed to raster graphics which depend on the resolution).

Inkscape 1.0 has been released after three years of development. The new version can be downloaded from the project website for all supported operating systems. Windows users can download a 32-bit or 64-bit package, and install Inkscape 1.0 on any machine running Windows 7 or newer.

The developers have improved the performance of the vector graphics editor on Windows and Linux. They note that users should have a “smoother, higher performance experience” on those systems. The Mac OS version is considered a preview at this point in time but features better system integration on the system.

Inkscape 1.0 users may customize the user interface in the new release. Select Edit > Preferences > Themes to pick a theme, change theme colors, icons or fonts from the settings page that opens. 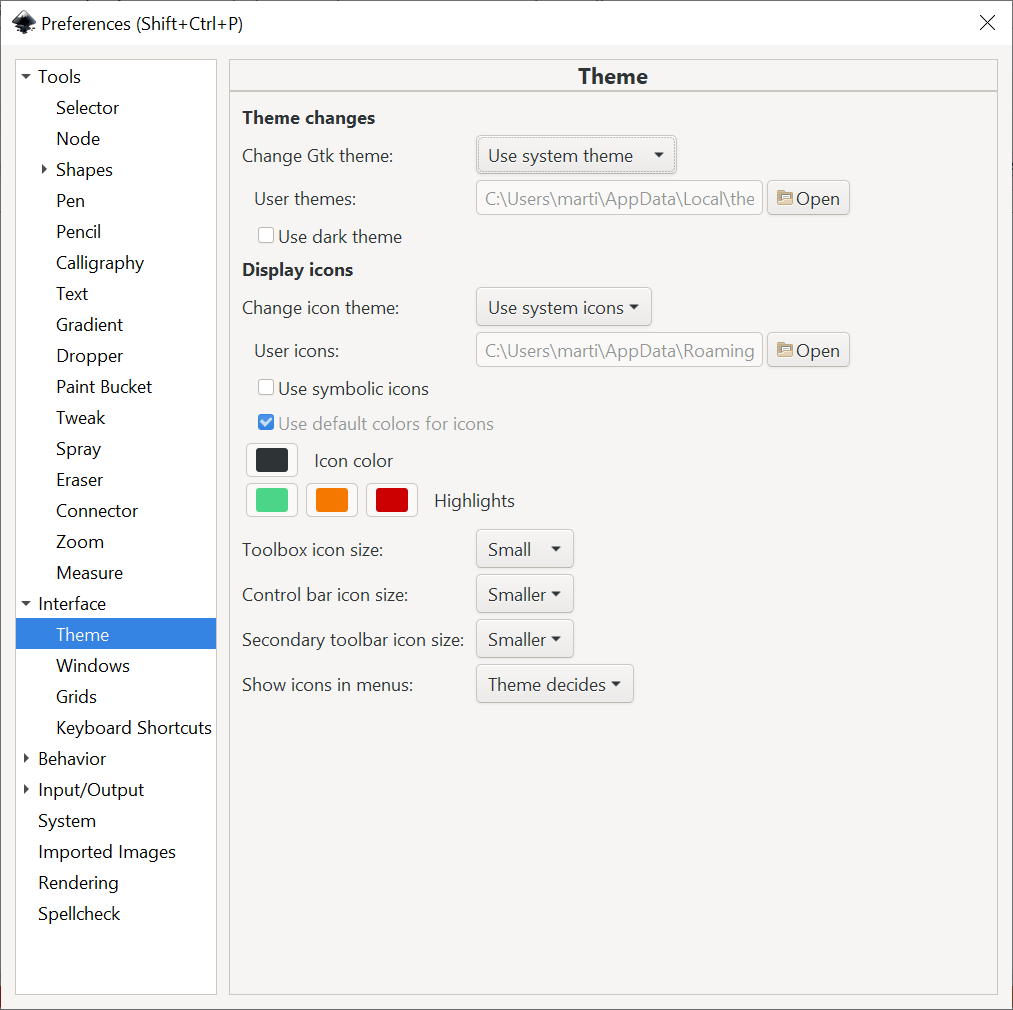 Inkscape uses the system default theme on Windows at first but you can switch that to a dark or light theme if you prefer that. Custom configurations can be saved as templates.

Existing Inkscape users may notice that the tool box has been reorganized and that new and improved Live Path Effect features are available in Inkscape 1.0.

Users who use the program’s freestyle functionality may now rotate and mirror the canvas, and use Xray and Split-view modes. The Pencil tool has a new mode that is called PowerPencil that “provides pressure-dependent width and closed paths may be created. Line drawings may be vectorized, and users may use new path effects such as Offset and PowerClip.

Support for technical drawings has been improved in the new version of Inkscape as well. It is now possible to create a duplicate guide and new LPEs such as Corners or Ellipse from Points.

PDF Exports include clickable links and metadata in the new version. There are also new palettes and mesh gradients that are compatible with web browsers, and a on-canvas alignment for objects. Text wrapping was improved as well in the release.

The extension system has moved to Python 3 and a “more logical and fully tested extensions API” Some extensions, those that have not been updated, may not be compatible with the new Inkscape versions as a consequence.

Inkscape 1.0 is a major new release of the vector graphics editor. You can check out the full release notes on the official project website.

Now You: Do you use image / vector editors?