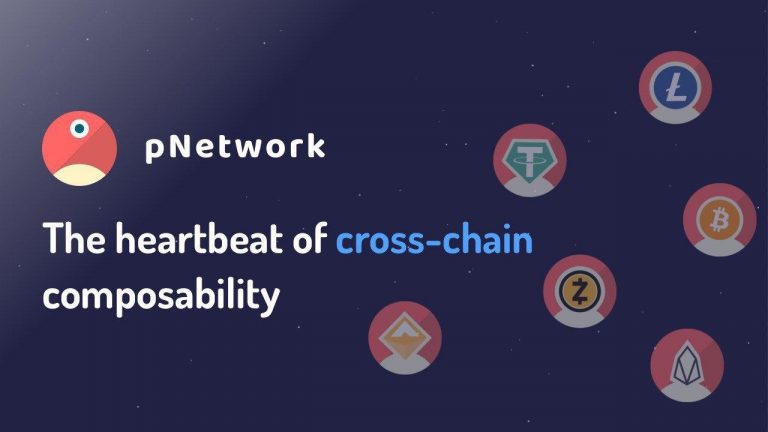 Switzerland, 4th June 2020. Swiss-based crypto platform Eidoo is upgrading its native utility token into a governance token that will power a new cross-chain DAO. In a collaborative decision by Eidoo and pTokens, the $EDO token will be upgraded into $PNT later this month so that it can be used, staked and earn interest within the new pNetwork ecosystem – the decentralized network powering the pTokens solution.

The pTokens project enables cryptocurrency to “move” across different blockchains, which unlocks liquidity in the market to push DeFi beyond its current boundaries. The first of the pTokens series to launch was pBTC, making Bitcoin compatible with the Ethereum and EOS blockchains.

By transforming $EDO into $PNT tokens, this will extend its utility as it becomes fuel for a larger range of services within the pTokens (pNetwork) ecosystem. $PNT will still provide all the same benefits as the original $EDO token, giving access to industry-first features such as the Eidoo Card cashback program and an in-app Atomic Swap feature.

The token upgrade is supported by a number of exchanges which already list $EDO on their platforms, such as Binance and Bitfinex. All $EDO token holders will receive a 1:1 airdrop of the upgraded $PNT token directly into their accounts.

In preparation for the token upgrade, and to mark the start of a new phase for the token economy, Eidoo will burn 28 million $EDO tokens held by the company – approximately 80% of their owned tokens. This burn of roughly 1/3rd of the total supply of $EDO means the upgraded $PNT token will launch with a total supply of just below 60 million tokens.

“While the pTokens solution was initially developed by the Provable Things team, a sister company of Eidoo, we want to hand over the control of the project to the community at large. This will achieve a truly decentralized governance system and distribution of token holdings. With Eidoo destroying their majority share of $EDO, all decisions voted upon by the future pNetwork DAO will become truly democtratic,” says Thomas Bertani, CEO of Eidoo and member of the main development team behind the pTokens project.

When launched as a governance token, the circulating supply of approx. 60 million $PNT will be distributed across more than 7000 blockchain addresses. This will make it one of the most robust and largest DAOs in the DeFi space.

Anyone holding $PNT will be able to join the pNetwork DAO and play a role in the governance of this pTokens system. $PNT holders can vote on different improvement and development proposals. For example, members can vote on which new pTokens “bridges” should be developed next, such as pLTC on Ethereum.

During the first stages of the pNetwork, an economic incentive is also introduced to the system to encourage users to actively participate within the DAO. In these first two years, all those who stake PNT will see their tokens grow thanks to an overall interest rate of 63% over two years. Up to 28,350,000 PNT tokens are dedicated to this initiative, which are generated through an inflation mechanism.

For anyone wanting to join the pNetwork as a validator (node), a stake of 200K PNT tokens is needed. This not only demonstrates commitment and serves as a bond, but creates a potential economic benefit for all validators who are rewarded for their work with the pTokens system’s peg-in and peg-out fees. Validators are also eligible for the 63% interest over two years on the tokens they stake.

pTokens is a cross-chain solution which enables Decentralized Financial DApps to be compatible with any crypto asset. pBTC was the first pTokens to be released, a 1:1 pegged ERC777 Bitcoin representation on Ethereum. designed to move any asset into any blockchain. The main development team behind the pTokens solutions is Provable Things, founded in 2016 in London. Provable uses cutting-edge decentralized and Trusted Computing technologies to provide services for modern DApps. The first Provable product to launch has become the longest-running blockchain oracle service industry-wide.

Eidoo is your gateway to the exciting new world of decentralized finance (DeFi). As an app for mobile and desktop devices, it’s the easiest and most secure way to participate in the blockchain economy. A Swiss-based company founded in 2017, the Eidoo ICO raised more than $20 million and was one of the few projects to launch with an already existing product. Eidoo is part of Poseidon Group, a blockchain innovation leader in Switzerland, Italy and across Europe. Poseidon’s team is made up of world-renowned consultants, lawyers and executives with backgrounds in Big 4 business, asset management and emerging technologies.

The post Eidoo to Burn 80% of Company’s Token Holdings to Kickstart One of the Biggest Daos in Defi appeared first on Bitcoin News.