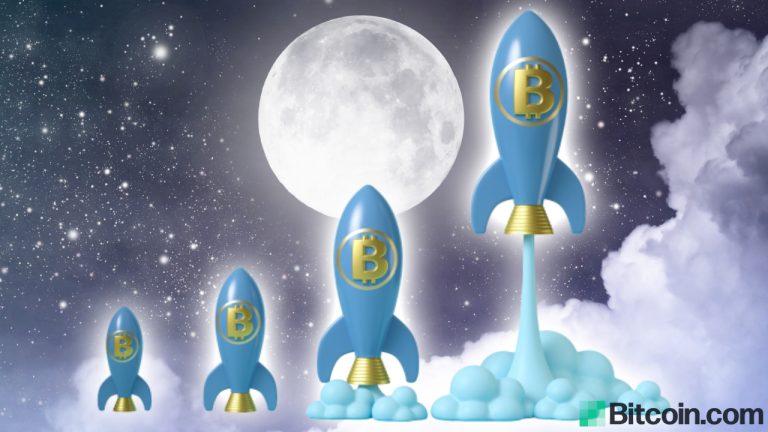 Bitcoin’s trading volume has experienced exponential growth which could reach levels similar to major asset classes, according to a new report by Coin Metrics. The cryptocurrency’s daily volume could exceed that of all U.S. equities in less than four years and all U.S. bonds in less than five years, the analysis shows.

Cryptocurrency data provider Coin Metrics published its new State of the Network report (Issue 53) Tuesday that focuses on analyzing bitcoin’s trading volume. Coin Metrics estimates bitcoin’s free-float market capitalization to be $136 billion — a size similar to the largest publicly traded companies in the U.S. However, the report notes that while it is easy to estimate bitcoin’s market capitalization, a volume assessment is “more complicated and different calculation methodologies can yield significantly different results.”

The report proceeds to suggest that any institutional investors wanting to enter the crypto space need to make some decisions that “can have a material impact on [the] evaluation of [bitcoin’s] trading volume and liquidity.” They include deciding which exchanges, markets, and cryptocurrencies they feel comfortable investing in, as well as whether to invest in stablecoins, such as tether (USDT), or crypto derivatives. Nonetheless, Coin Metrics concluded that regardless of these decisions:

All facets of bitcoin’s trading volume have experienced exponential growth and, if sustained, will grow to levels similar to major asset classes.

The Coin Metrics analysis compares bitcoin’s spot trading volume to that of other asset classes. Since its daily trading volume is only about $4.1 billion currently, the report asserts that bitcoin is “most comparable in size to a large capitalization stock rather than a distinct asset class.” Emphasizing growing volume, the report claims:

There are several ways to determine bitcoin’s daily trading volume, depending on what is included; each way yields a different volume number. An easy way is the $0.5 billion per day trading volume of bitcoin spot markets quoted in U.S. dollars from major exchanges, the report details, adding that most BTC trading occurs on a handful of centralized exchanges.

When including stablecoins, which have increasingly gained trading volume and market share, the analysis finds:

Including markets quoted in stablecoins significantly increases the daily trading volume to $3.5 billion, primarily due to tether.

Meanwhile, “The largest increase is observed when derivatives markets are added to the mix,” the report continues, noting that like other asset classes, “derivatives markets in bitcoin are several times larger compared to spot markets.”

What do you think of bitcoin’s trading volume growth? Let us know in the comments section below.